From hoverboards to flying cars, this startup has a maglev master plan 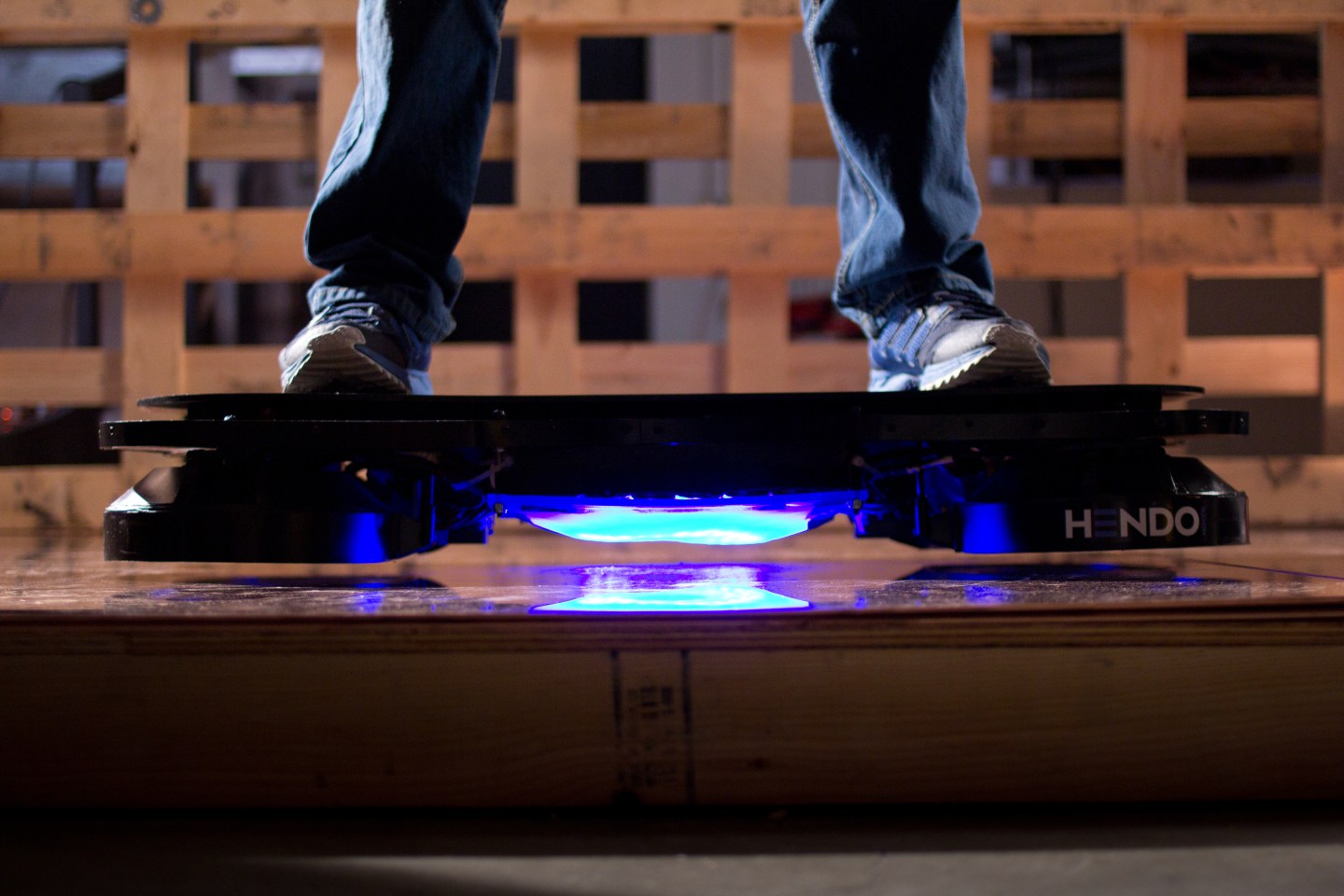 Last fall, small startup Arx Pax nearly broke the internet with a Kickstarter campaign that many thought was too good to be true—it was building a real-life hoverboard, straight out of Back to the Future. The ten Hendo boards being offered (for $10,000 each) sold out swiftly, in part thanks to a video of skate legend Tony Hawk zipping across a copper-plated halfpipe, a half-inch off the ground.

But the hoverboard is just a first step for Arx Pax. According to CEO Greg Henderson, the technology that makes the hoverboard possible—a new kind of magnetic levitation that Arx Pax labels Magnetic Field Architecture—has wide-ranging, transformative implications.

Arx Pax’s system is potentially much less expensive than existing maglev systems, which rely on complex electromagnetic systems in both vehicle and tracks and can cost tens of millions of dollars per mile.

Despite its widely acknowledged advantages in safety, speed, and efficiency in transit applications, governments and transit authorities have been extremely slow to adopt maglev due to cost. In a 2012 report, the Federal Transit Administration found that these costs, which it characterized as “intimidating,” were a major barrier to maglev adoption in the U.S.

But Arx Pax’s magnetic engine is entirely contained within the object being levitated, and the only required infrastructure is a conductive surface, such as the copper-lined halfpipe used to demo the hoverboard. This means systems of any scale could be laid quickly and cheaply. Even more impressive, the surface can be multi-use—for instance, a roadway consisting of a layer of asphalt over copper could accommodate both maglev and conventional vehicles.

The Arx Pax engine can also generate thrust and directional control magnetically, so it doesn’t need a track for guidance. One of Arx Pax’s prototypes is a scaled-down hover vehicle called the Manta Ray, which zigs and zags as neatly as a remote control car. According to Henderson, this points towards “a new type of vehicle, a hybrid vehicle that can drive conventionally, or can hover . . . [with] all the freedom of a car and all the efficiency of a train.”

But this futuristic dream of roads full of flying cars faces some obstacles. Arx Pax’s hover engine is power-hungry, needing 40 watts of energy to levitate one kilogram. According to James Wieler, former VP of engineering for longtime maglev developer Magnemotion, “40 watts per kilogram is a killer in terms of transportation.” By contrast, the M3 maglev system that Magnemotion piloted was able to levitate over 10,000 pounds with a hundred watts.

And all of the Arx Pax’s energy has to come from on-board batteries. “Batteries are getting better,” says Wieler, “But you probably need an order of magnitude improvement” for the kind of hybrid levitating car Henderson envisions. The Hendo hoverboard offers a ride time of only 7 minutes.

The scalability and flexibility of Arx Pax’s technology may be its greatest competitive advantage. Though the company is building the Hendo hoverboard itself, its plan going forward is to primarily license its technology.

“Our goal,” says Henderson, “is to put this technology in the hands of folks to come up with new solutions to problems we don’t even know about.” Arx Pax sold about 700 of its developer kits, The White Box, through its Kickstarter campaign. One such solution that Henderson mentions is hovering carts for clean room applications, where wheels and their moving parts are sources of contamination.

Henderson says that Arx Pax has already entertained buyouts from larger companies, but chooses to remain in control. “We didn’t want to end up on someone’s shelf, bought up or stifled, [with] this technology limited in some way.”