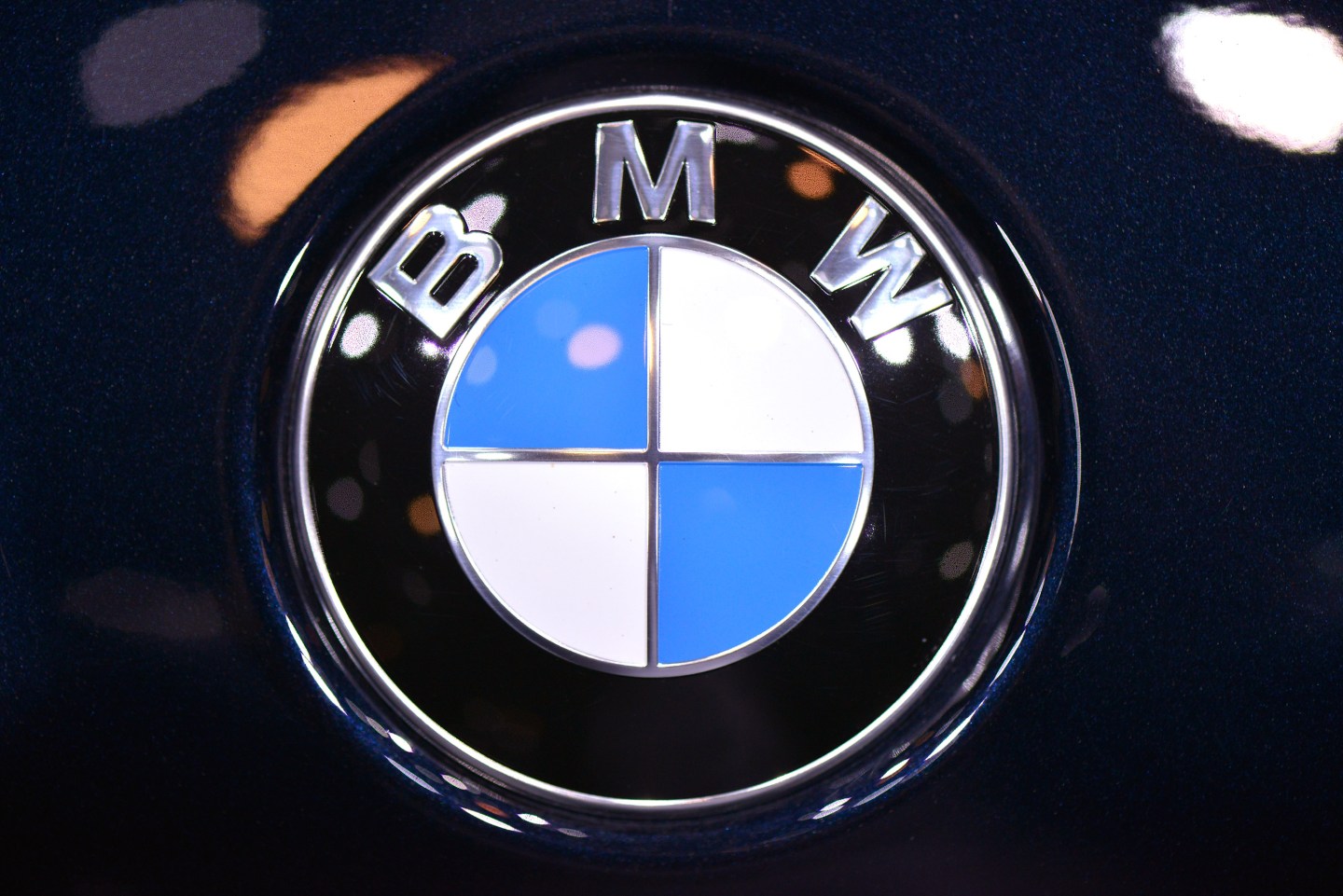 BMW has a cool new trick for sports car enthusiasts: a car that parks itself via remote control.

The new BMW deluxe 7 Series will have this feature, reports Engadget, starting the with 2016 model year. It will be controlled from the key fob.

Using the touchscreen-equipped BMW Display Key, you can automatically squeeze it into (and out of) a parking space from afar. Self-parking is already available on BMW’s i3 electric vehicle and many others, but the 7 Series is the first to let you park while not in the driver’s seat.

There are some other cool features to the new car too, including the ability to control digital media and accept phone calls with a simple wave of your hand.

Read more about the car at Engadget.

In other car news, Chevy parent General Motors (GM) gave Fortune an exclusive look at its self-driving muscle car concept. See the video below for more:

Editor’s note: An earlier version of this story said the S-Series includes a remote-control parking feature. The correct BMW series with the feature is the deluxe 7 Series.