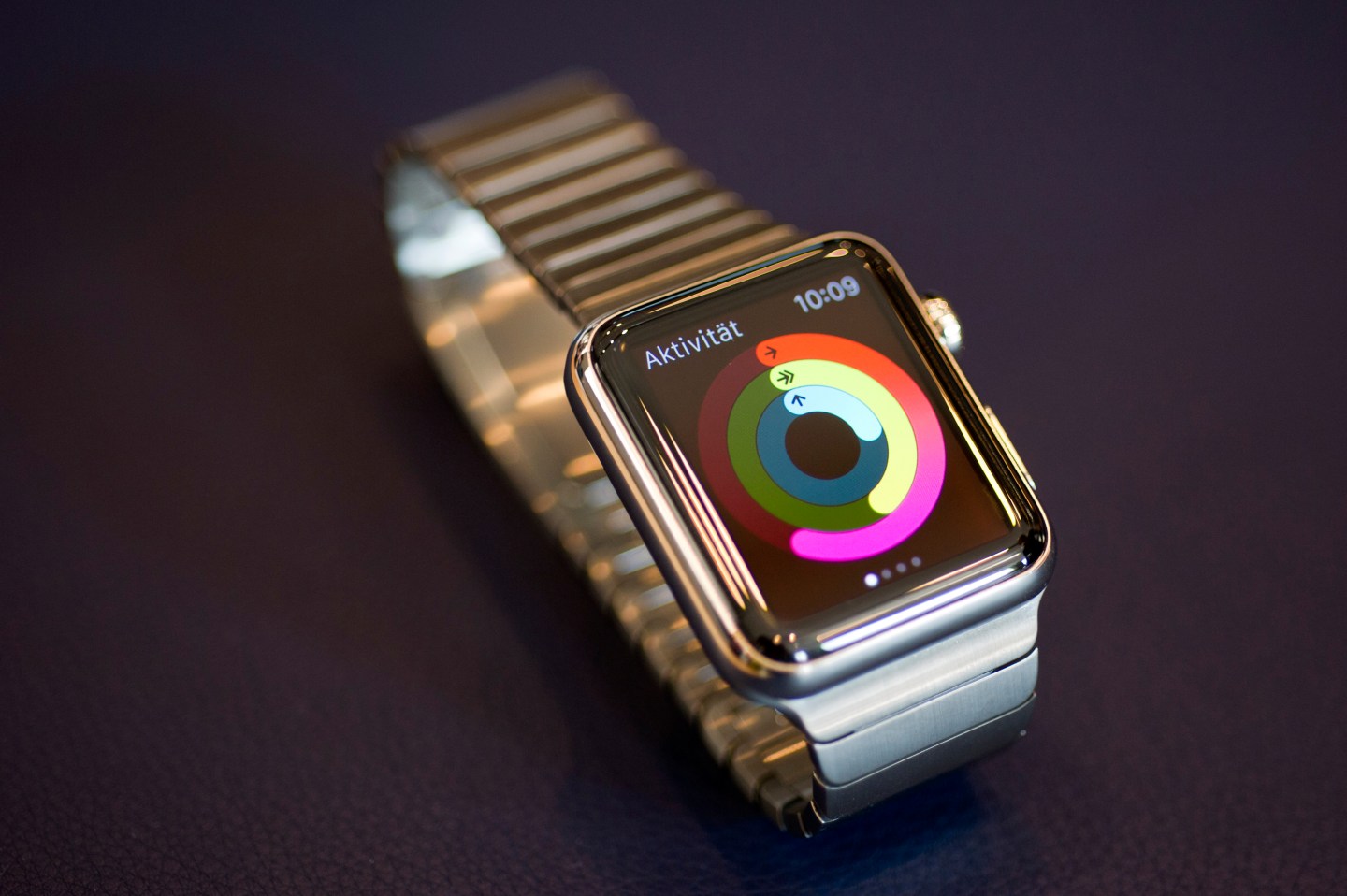 You can expect tech news galore this week starting with earnings from top tech companies followed by Apple finally starting to get its high-profile smartwatch into customers’ hands. But the arrival of new device comes with a big disclaimer: Supplies are limited and shoppers may have to wait. What’s guaranteed are a ton of tech earnings, including IBM (IBM), Facebook (FB), Yahoo (YHOO), Microsoft (MSFT), Google (GOOG) and Amazon (AMZN).

Here’s what to watch for in the week ahead.

1. The Apple Watch arrives, but with a question mark

The wait feels like it’s been forever, but the time has finally come for Apple Watch to start shipping. The device, a sort of computer for the wrist, is entirely new product category for the tech giant. If any company can succeed in selling smartwatches – a product that has so far failed to catch on with most consumers – it’s Apple. Will you be able to go into a store and buy one Friday? Probably not. Angela Ahrendts, Apple’s head of retail, even sent store employees a memo saying they should suggest customers buy the device online, not in stores. “Tell your customers we have more availability online, and show them how easy it is to order,” she wrote. “You’ll make their day.” Even then you may be in for a long wait because of a supply shortage.

Tech earnings start in a big way this week with many of the big companies reporting. IBM, which had a disappointing report last time around with declining revenues starts things off Monday. Two old-school Internet companies, Yahoo and eBay (EBAY), are on Tuesday and Wednesday, respectively. Facebook is also Wednesday while Microsoft, Google and Amazon come Thursday.

The oil industry has suffered from the sharp decline in oil prices since last summer. Companies have had to cut jobs and pull back on planned drilling. Amid that malaise, both Halliburton (HAL) and Baker Hughes (WMT) will report earnings this week with Halliburton coming Monday and Baker Hughes on Tuesday. Don’t expect much good news. In February, Halliburton announced layoffs while Baker Hughes (BHI) said it would slash 7,000 jobs.

Tech and oil aren’t the only earnings going on this week. Watch for Hasbro (HAS) on Monday; Verizon (VZ), Yum! Brands and McDonald’s (MCD) on Tuesday; and Coca-Cola (KO) and AT&T (ATT) on Wednesday. Notably, keep an eye out for McDonald’s, which had a poor earnings report last time around, including a sales drop for the fifth consecutive quarter.

The RSA Conference, one of the biggest events in the computer security world, kicks in San Francisco Monday and runs through Friday. It’s an increasingly important event in an age of weekly news about hackers breaking into corporate computer systems and snooping on governments. The keynote speakers include the Secretary of Homeland Security, Microsoft vice president of trustworthy computing Scott Charney and Art Gilliland, a senior vice president at Hewlett-Packard (HP).