How much do natural disasters really cost corporate America? 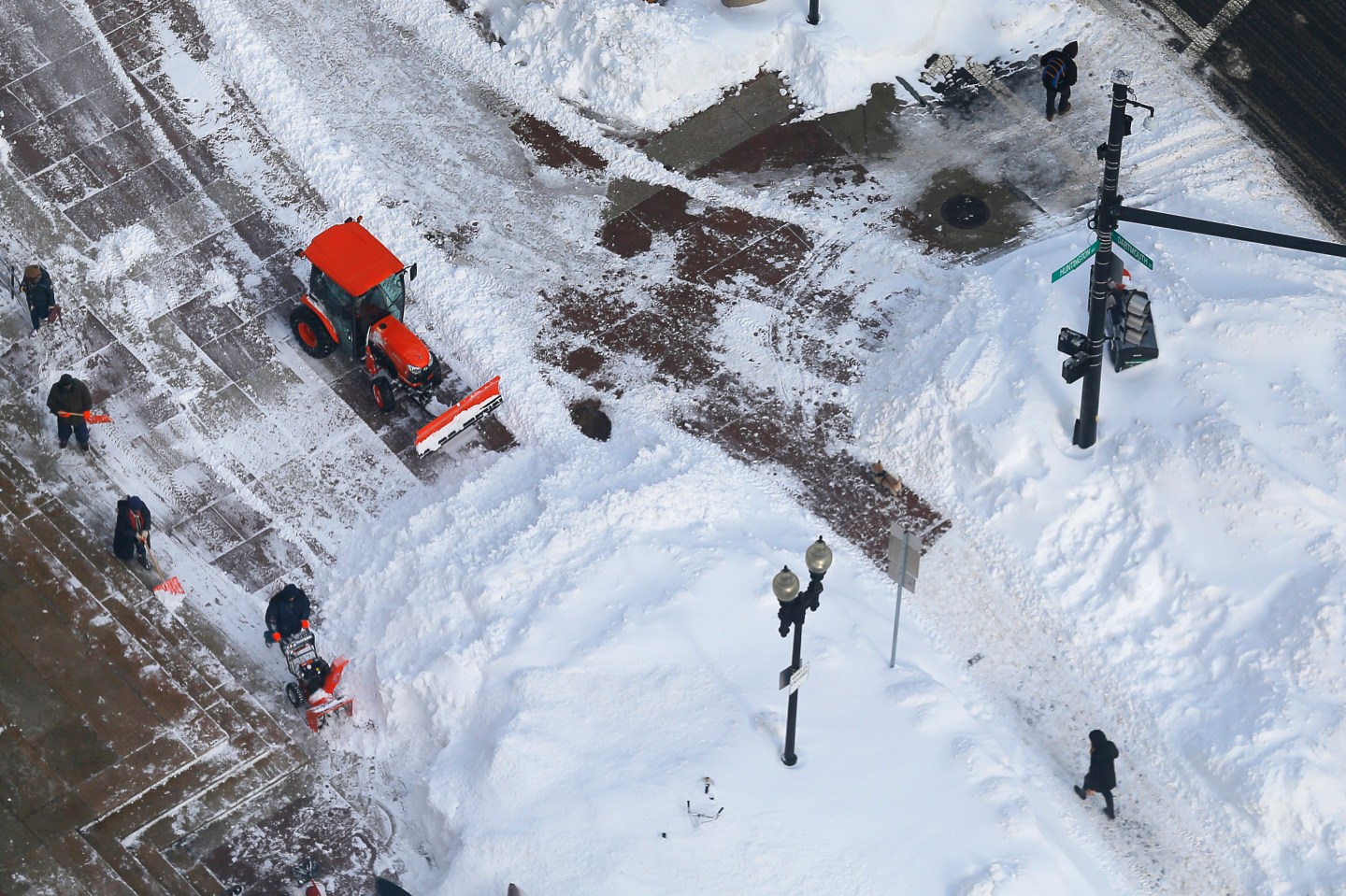 As spring begins in New England after record-setting snowfall this winter, the economic consequences of natural disaster are a common topic of discussion. We know it will have a big impact on New England, but will it affect other parts of the country? If so, who will be affected and how much?

We hear these types of questions a lot following any type of disaster whether it is weather related or not. For instance, the fear of contagion was at the root of the decision of the U.S. government to bailout Chrysler and GM in 2008. Surprisingly, Ford’s CEO Allan Mullaly himself advocated the bailout of his two competitors in front of a U.S. Senate committee, as he recognized that “the collapse of one or both of our domestic competitors would threaten Ford because we have 80% overlap in supplier networks and nearly 25% of Ford’s top dealers also own GM (GM) and Chrysler franchises.”

So the key question is: When a shock — like a natural disaster or financial crisis — hits a supplier, what really happens to the firms in that network? Is there a spillover effects? To address this issues, we studied the transmission of shock caused by natural disasters in the past 30 years in the U.S. within the supply chain of publicly traded firms. We analyzed a sample of 2000 large corporations and 4000 of their suppliers.

First, we found that the sales growth of supplier firms directly hit by a natural disaster drops by around five percentage points. The customers of these suppliers are also disrupted, as their sales growth drops on average by two percentage points when one of their suppliers is hit by a natural disaster. This is a strikingly large effect. We also found evidence that customers with lower inventories are the most exposed to disruption affecting their suppliers.

Then we investigated whether the drop in firms’ sales caused by supply disruptions translates into value losses. Our study shows that supply disruptions caused a 1% drop in customer firms’ equity value. This effect is almost twice as large when the disrupted supplier is a specific supplier, meaning a supplier producing differentiated goods, generating high R&D expenses, or holding patents.

These findings highlight the presence of strong interdependencies in production networks. In other words, production networks matter. When one of your suppliers or customers is experiencing a negative event, there will be important implications for you.

This research likely applies to contexts beyond natural disasters, such as strikes and financial recessions. More generally, shocks that originate in one part of the economy can be amplified because of the strong interconnections between firms.

As for the economic impact of the weather in New England this winter, there is good reason to think that the effects will be propagated to other parts of the economy through relationships that Massachusetts firms have with customers all over the country. But who will be affected and how much? We’ll have to wait and see.

Jean-Noel Barrot is assistant professor of finance at the MIT Sloan School of Management. Julien Sauvagnat is a postdoctoral researcher at ENSAE-CREST and is expected to join Bocconi University in September 2015.