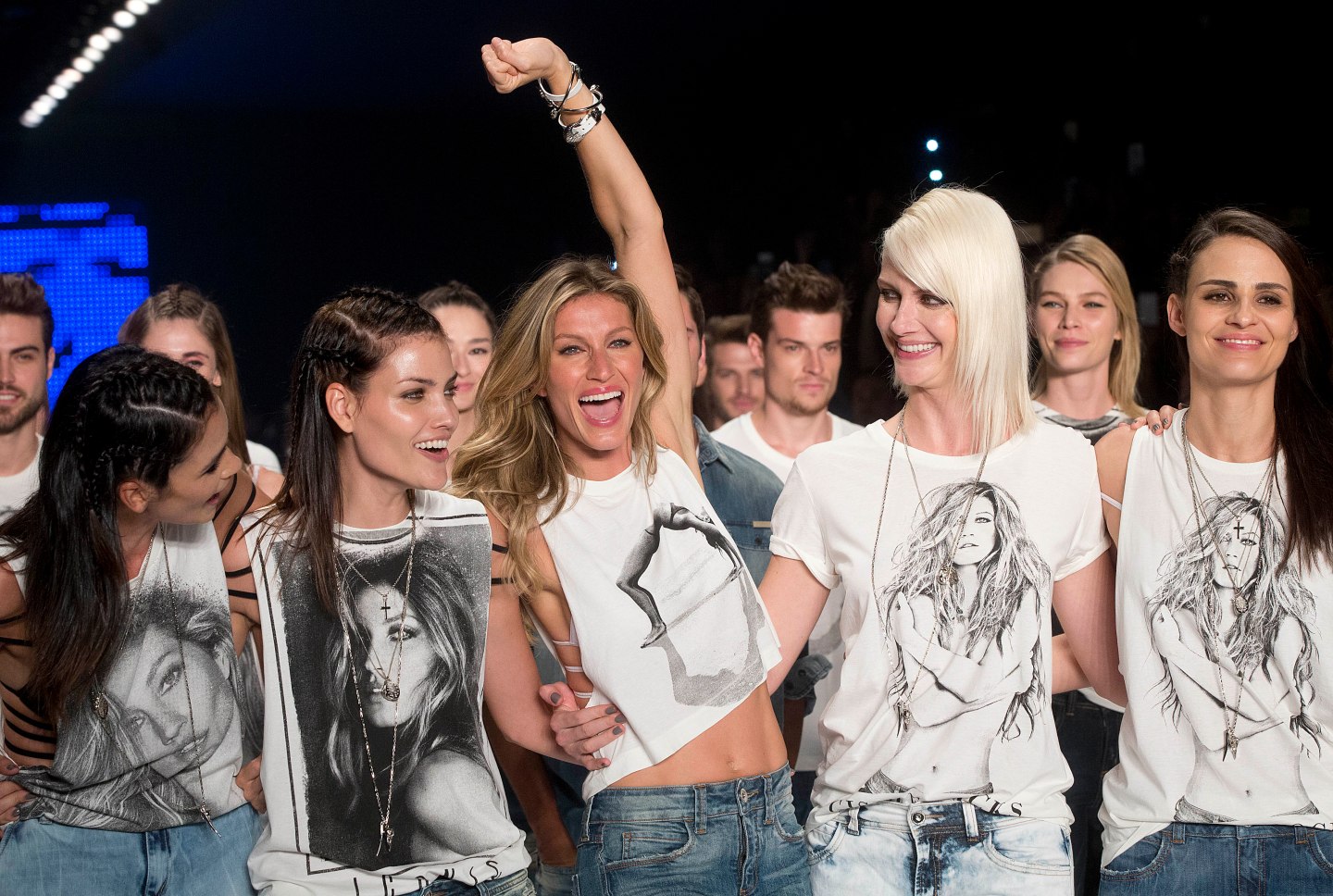 Brazil’s Gisele Bundchen, who walked her last runway on Wednesday, has been the top-paid supermodel since 2002. Forbes estimates that Bundchen has collected more pay than her husband Tom Brady thanks to her lucrative fashion show appearances, endorsements, and advertisements.

Year after year since 2002, Bundchen, now 34, has made more money than any other model in the world. She pulled in an estimated $47 million before taxes and fees between June 2013 and June 2014 – about $16 million more than quarterback husband Tom Brady’s $31.3 million annual paycheck.

And it appears unlikely that Bundchen’s pay will slow now that she’s walked her last runway, thanks to her contracts with top brands, including H&M and Chanel. She also has her own line of Hope lingerie, Forbes reports, and is the “the face of Pantene hair products and Oral-B in Brazil.”

“I am grateful that at 14, I was given the opportunity to start this journey,” she said. “Today, after 20 years in the industry, it is a privilege to be doing my last fashion show by choice and yet still be working in other facets of the business.”

In 2014, Forbes put together a list of the top paid models, with the top 10 as follows:

As the list shows, the competition isn’t even close to Gisele, who reportedly makes five times more than those models ranked below her.