How the IRS budget cuts will affect taxpayers 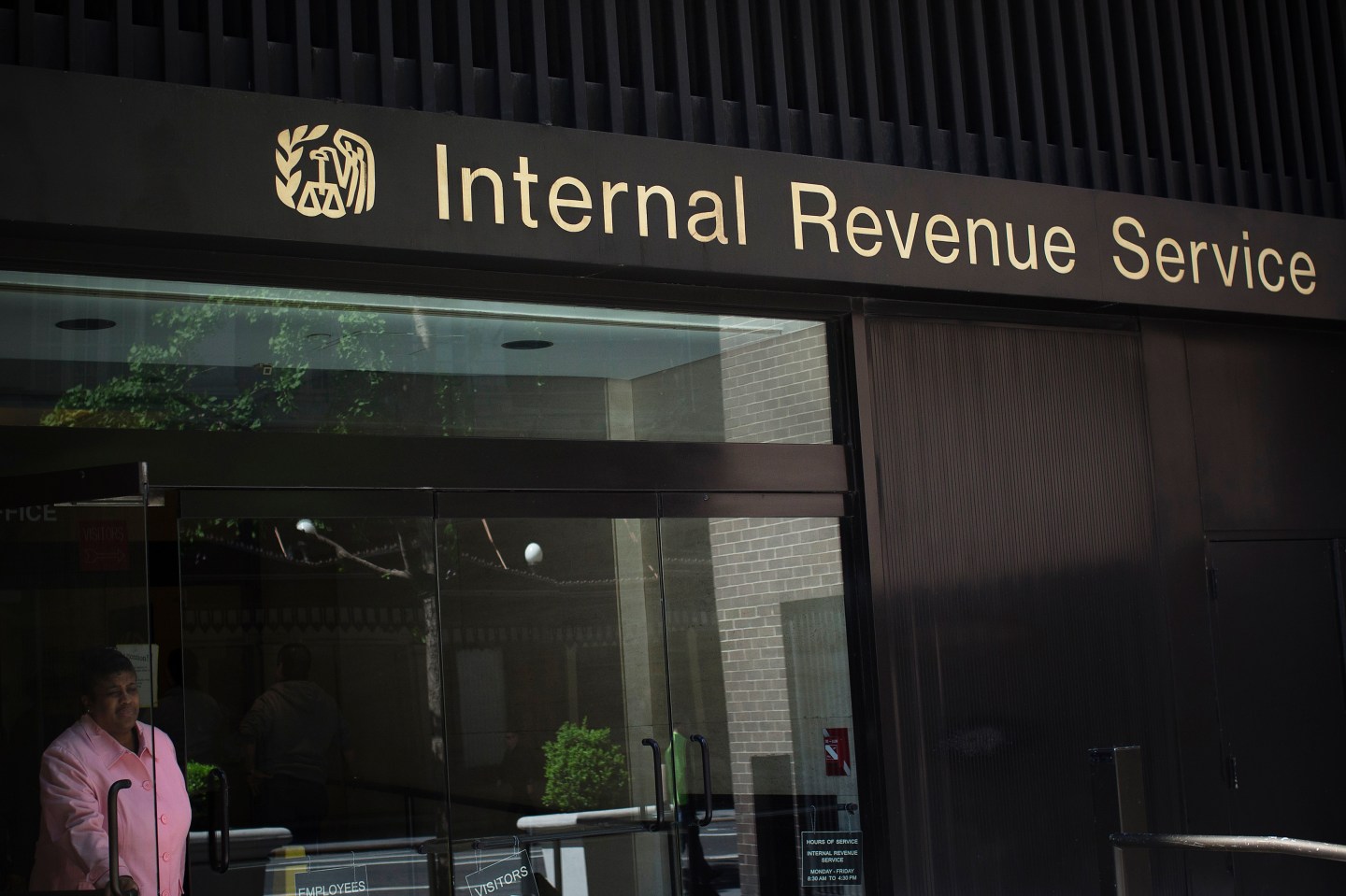 A woman walks out of the Internal Revenue Service building in New York in this May 13, 2013 photo.
Shannon Stapleton — Reuters

This article was originally published on The Conversation. The author, Bryan Camp, is a professor of tax law at Texas Tech University

The Internal Revenue Service takes a lot of hits, both from those who are paid to be critics like the National Taxpayer Advocate and from those who just pile on for the fun of it – politicians, pundits and the public.

The nastiest hit has come from Congress in the form of relentless budget cuts for the past five years. While there has been a fair bit of commentary on the effect of these cuts, commentators have missed two important points: (1) the cuts are deeper than most people think, and (2) their effect is both more subtle and insidious.

As the procrastinators among us prepare their last-minute returns and suffer long waits on hold with the IRS, it’s a good time to consider each one – since they mean the waits will get longer and the potential for bad stuff to happen will increase.

Buy five years, get one free

As for the numbers, most articles on this fiscal year’s IRS budget have noted that the appropriation of US$10.9 billion represents a cut of more than $1.2 billion compared with five years ago, and that is not even accounting for inflation. If one considers the decreasing value of the dollar to buy goods and services, this year’s budget represents an effective 18% drop from fiscal year 2010, or $2.2 billion.

Those numbers are true enough, but understate the hit. A more meaningful number would be $7.3 billion.

That is, if Congress had simply kept IRS funding stable at the FY10 level, adjusting only to keep pace with inflation, the total appropriations for the subsequent five-year period, 2011-2015, would have been about $64.6 billion. Instead, Congress has given the IRS a total of $57.3 billion from FY11 to FY15.

It’s almost like Congress gave itself a “buy five years, get one free” discount. Even President Barack Obama’s proposed FY16 budget asking for an additional $2 billion over the current year doesn’t get back half of the five years in lost funding.

Back when IRS was fully staffed, anyway.

That raises the question, should FY10 be the baseline? During a February 3 hearing, Senator Orrin Hatch complained to IRS Commissioner John Koskinen, “Your budget fluctuations look a little less dramatic when we don’t use 2010 as the baseline.”

True enough, but the emphasis there must be on “a little less.” One has to dial the time machine back to 1998 to find the last year that Congress gave the IRS as little money as it did for FY15. Over the same period, the number of additional taxpayers the agency must help and oversee grew by some 16 million.

FY10 makes sense as the baseline because that was the year that Congress started punishing the agency with budget cuts. Not only that but FY10 was also the year Congress really began piling on the acronymic workload: PPACA (the official acronym for Obamacare) and FACTA (which required the IRS to start investigating taxpayer foreign bank accounts).

Each of these laws contained huge implementation costs. The IRS’s job would have been hard enough if Congress had given only enough extra money to keep up with inflation. But it adds injury to insult for lawmakers to add significantly to the IRS’s workload even as it withdraws funding to pay for it.

Congress is not solely to blame for this state of affairs. For almost every year since 2002, the budget proposed to Congress by the White House – which is almost always cut further – is always less, and sometimes much less, than the funds requested by the agency.

Former Commissioner Charles Rossetti has explained how every year – under both Republican and Democratic Presidents – he would make the futile trek to the White House’s Office of Management and Budget to beg for resources, only to be routinely told that his request would be denied. And instead a much smaller request would be sent to Congress in that year’s budget.

The rise of the machines

Machines are cheap. Humans are expensive. The IRS depends upon both to administer the fiendishly complex tax code that Congress tirelessly re-scrambles every year.

The chronic shortage of funds has most obviously affected the human side. Since more than 75% of IRS funding goes toward personnel, commentators have naturally focused on the resulting reduction in trained employees. Currently, the IRS must make do with 10,000 fewer employees than it had FY10, while the training budget for its workers is down 85%.

The IRS Oversight Board puts it well in its FY2015 Report: “This means a current IRS employee will see five coworkers leave, some of them the most experienced and well trained, before one new employee is eventually hired to cope with a growing workload.”

But the true impact on tax administration from the loss of trained personnel is not just fewer and poorer quality audits or reduced help for taxpayers filling out returns – or lower morale among remaining workers – impacts that most commentators have talked about. Loss of personnel does not mean stoppage of work; it means increased errors by the IRS because of unchecked automated processing of taxpayer accounts.

One might think that if the IRS does not have the employees, it cannot do the work of processing returns, assessing taxes and collecting unpaid taxes. That would be wrong.

As I have elsewhere described in long, boring academic detail, the IRS has resolutely automated various tax administration functions for most of the 20th century to the point now that it is reasonable to say tax administration is run by machines, not humans.

Shifting work to computers is scary for many people, and rightly so. In fact, when the IRS first started using computers to process returns in the early 1960s, it created a public relations film to calm fears.

I have also previously explained that what truly abuses taxpayers is unsupervised machine processing, because that’s often where errors creep in and employees need to manually sort through the discrepancies. Historically, however, the IRS had a well-trained force of capable IRS employees to help taxpayers sort through the problems created by the computer systems’ rigidity.

The short of it is that most adverse actions taken against taxpayers result from automated processing of taxpayer accounts: computers shoot first, and it is up to the taxpayer to ask questions later. When the computers get it wrong, adversely affected taxpayers must find a real, actual, live human to fix the problem. But who ya gonna call when there is no one there?

And the computers whir on

That’s the effect of budget cuts.

We saw a dramatic example of this effect back in 2013, when the government shut down from October 1 to October 16. There were very, very few IRS employees working. Yet the machines kept whirring away.

The National Taxpayer Advocate reports that during the shutdown – even with only a few employees – computers took a total of 301,807 adverse actions against taxpayers, including grabbing bank accounts, wages, Social Security benefits, filing Notices of Tax Liens, setting up deficiency assessments and more.

All of those actions were computer-generated. No human gave input or oversight. Let’s assume the computers got it 99% right. That still means more than 3,000 of the actions were in error, errors that could have devastating effects on taxpayers. Yet there were no humans to fix the mistakes.

The 2013 shutdown was just 15 days. The continual cuts to the IRS budget will have a similar effect that will last for years and years: fewer people to fix errors generated by computers.

This is not a rational way to run the county. But I suppose it is futile to expect collective rationality from the men and women whose bickering voices fill the halls of the current Congress.