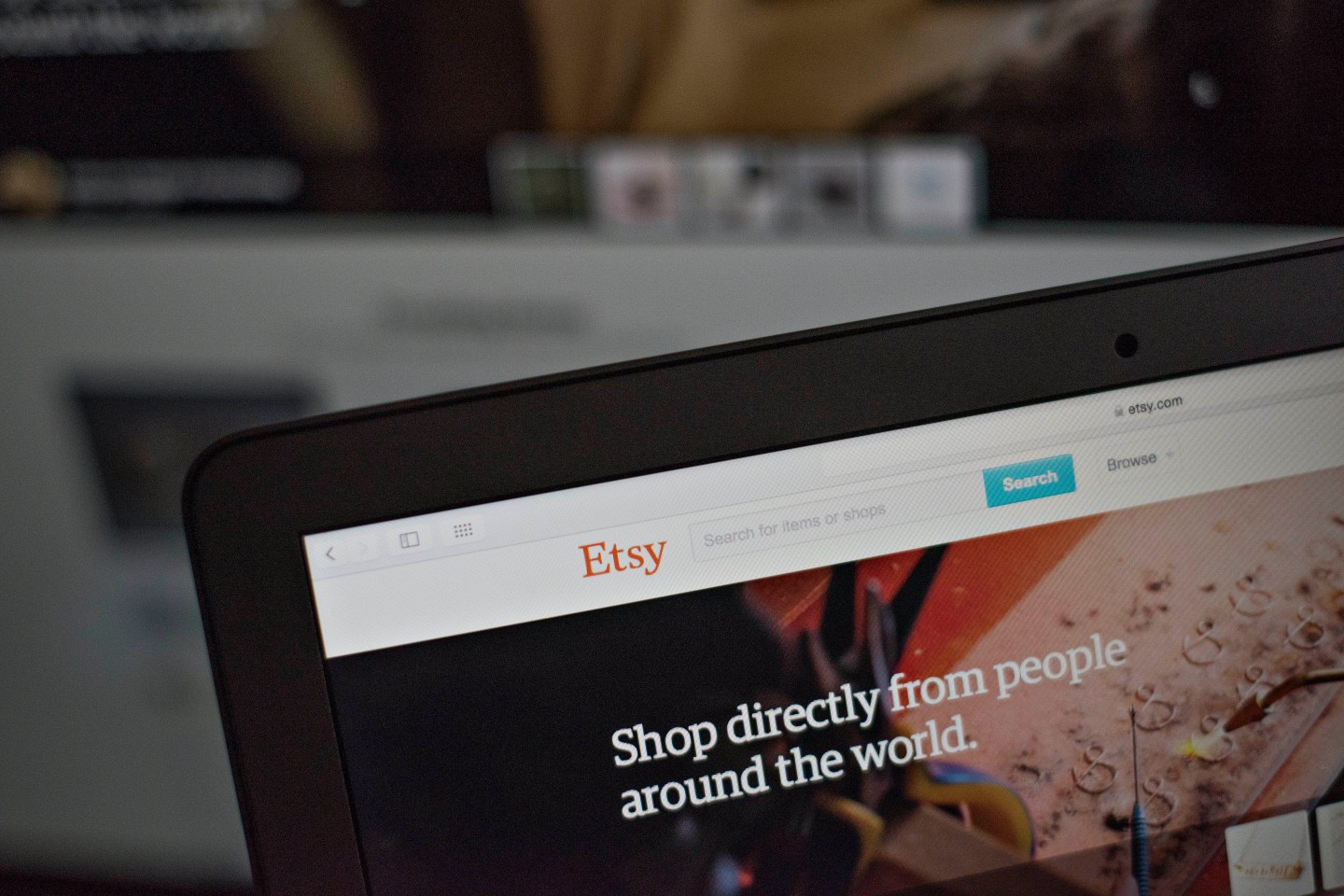 The logo of Etsy Inc., is displayed for a photograph in Tiskilwa, Illinois, U.S., on Tuesday, Jan. 20, 2015. Etsy Inc., where people sell handmade crafts and vintage goods, may be the biggest technology IPO to come out of New York since 1999. Etsy is working on an IPO that could take place as soon as this quarter, people familiar with the matter said. Photographer: Daniel Acker/Bloomberg
Photograph by Daniel Acker — Bloomberg/Getty Images

Etsy has priced its initial public offering at $16 per share, a price that values the online marketplace at $1.78 billion. The price is the top end of the company’s proposed range. The company, known for selling handcrafted and vintage goods and apparel, will begin trading shares on Nasdaq tomorrow morning with the ticker symbol “ETSY.”

The company has taken the unusual step of setting aside a share participation program for its sellers.

As Fortune outlined earlier this month:

Etsy’s community of buyers and sellers is an important part of its success, so the company has made plans to reserve up to 5% of shares it is issuing in the IPO for individual investors. Morgan Stanley is executing the participation program, which allows users to invest as much as $2,500 each in the IPO.

Etsy does not earn a profit and its losses have widened in recent years. Revenue from sales has slowed. Still, the company has a beloved brand and is responsible for shepherding in the “maker movement.” Many of Etsy’s sellers make a full-time living by selling their goods on the site.

Still, the company must protect its brand. In its S-1 filing, Etsy noted the importance of “authenticity of our marketplace and connections within our community,” as one of the cornerstones of its business. The filing noted that losing its authenticity was a risk factor.

A few years ago, Etsy lifted some of its stricter sales requirements, including a ban on sellers using certain manufacturing techniques and hiring staff that had been put into place to maintain the site’s homespun image. This gave the sellers that had made their Etsy shops into a full-time job the ability to expand, but critics warned that it might cause the site to lose what makes it special.

Upon its IPO, Etsy will be one of two publicly-traded companies headquartered in Brooklyn.