Apple Watch and the also rans 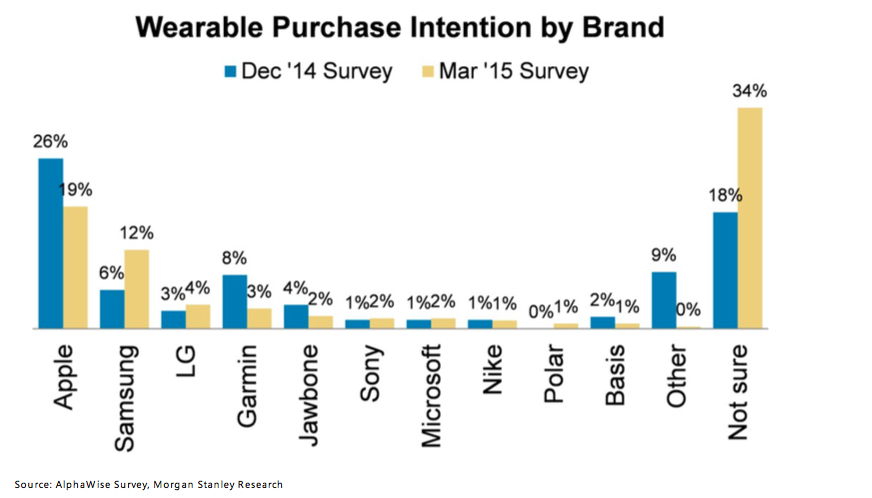 Two things jumped out at me in the report to clients issued Wednesday by Morgan Stanley’s Katy Huberty. Based on AlphaWise surveys conducted in December and after the March 9 Apple Watch keynote: