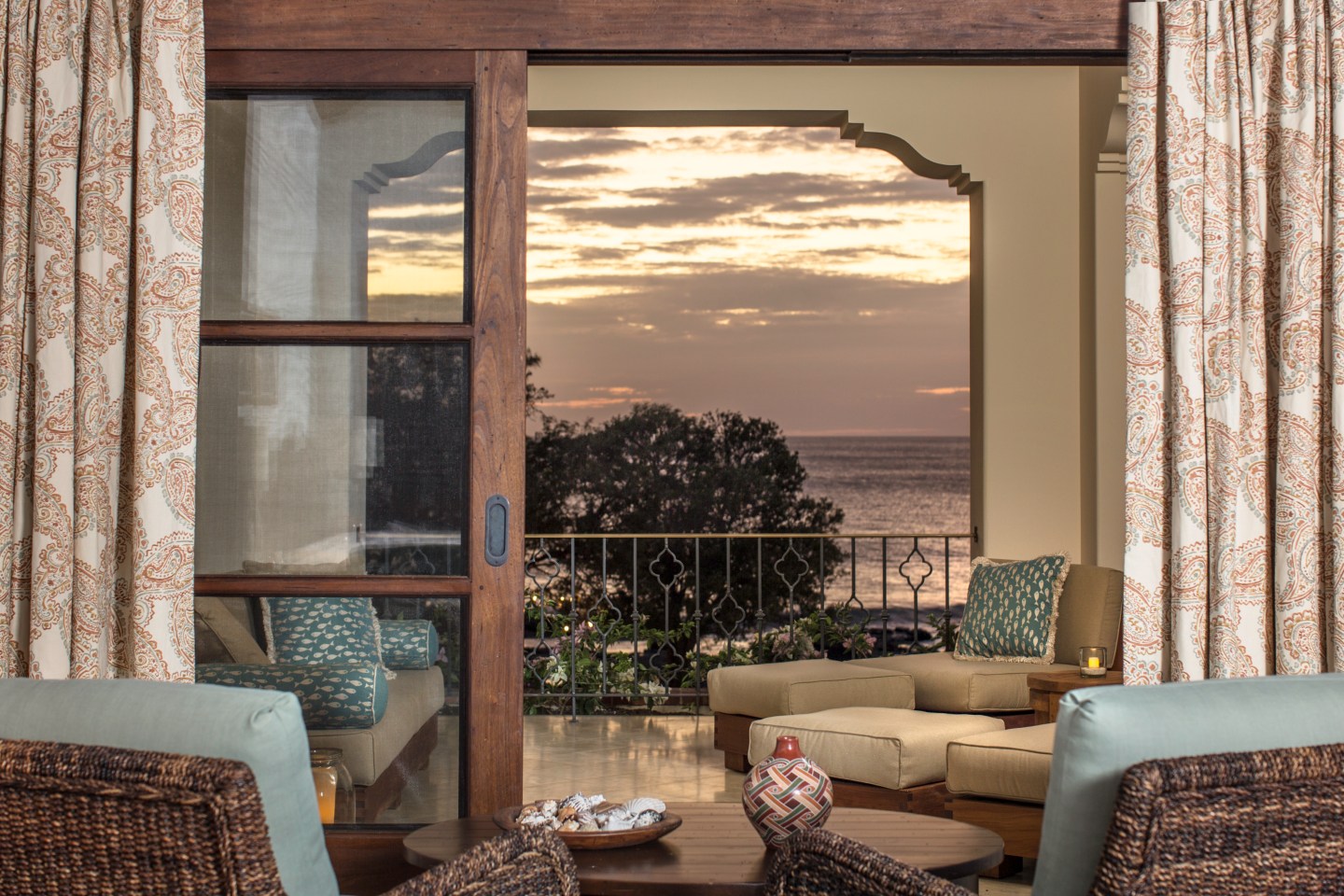 Seventeen years ago, Nicaragua was still more likely to turn up on the agenda of the State Department than the itineraries of American jetsetters. Matt Turner waved off the decades of civil unrest like an annoying mosquito. “Buy on the sound of the canons and sell on the sound of the trumpets,” says the CEO of Tola Development Corp., quoting financier Nathan Rothschild. “I always thought it was sound advice.”

In 1998, Turner began carefully chiseling out sites for luxury sea castles on a ridge-backed viridian swath of Nicaragua wedged between the country’s eponymous lake and the cultish surf breaks of the Pacific Ocean. “I connected with this land. [It resembled] the California coast that I had been familiar with as a teenager, but without all the madness of late 20th-century development. No highways. No McDonald’s. Just gorgeous rolling hills and untouched beaches. It was too hard to resist.”

Those first homes were the beginning of the Rancho Santana community, situated halfway between the capital of Managua and the Costa Rican border. At first, “It was hard to get people to build,” Turner admits. “Then some adventurous spirits did just that, and over time the snow ball gathered its own momentum.”

Today, 100 first-class residences ranging from two-bedroom casitas to six-bedroom villas speckle the shorelines and mountains of Rancho’s 2,700-acre estate. One hundred more sites, priced at $100,000 to $595,000, are in the works. If that sounds like a conservationist’s nightmare, consider the overall size of Tola Development’s parcel: roughly three New York Central Parks. “The development part is less than 20% of the entire ranch,” he says. “The rest is for monkeys and turtles.” You can hear the former trilling in the trees as you laze by an infinity pool and check email on your iPad. Modern conveniences are present and sundry, but there’s no escaping the feeling: this is the jungle’s house.

Until now, renting (or buying) one of the Tola-developed homes was the only way to stay here. This month, the Inn at Rancho Santana opens with 17 rooms under softly pitched terra-cotta tile roofs on the estate’s northern tip. “I realized we needed an anchor point and hub,” Turner says of his decision to open the ranch to by-the-night bookers. With the colonial-luxe clubhouse (wood-lined rattan chairs, silk pillows, a scarlet billiard table), sand dollar-shaped pool, oceanfront spa and La Finca y el Mar restaurant, the Inn strengthens the social core of the ranch near Playa Santana, one of five nearly deserted beaches.

The two-story structure is all stone walls and airy courtyards, arched windows and wrought-iron lanterns. (Rancho Santana has its own onsite millworks and ironworks run by local craftsmen.) Inside the guest rooms, fans turn on recessed brick and timbered ceilings over custom-built beds dressed with 350-threadcount sheets, hand-painted bathroom tiles glitter and terraces overlook the wavy Pacific.

In the distance, surfers slip in and out of famous breaks. You can join them in the morning; there’s resident instructors and a boutique stocked with wax, fins and boards for all skill levels, as well as an array of rashguards and wetsuits. Not that you need them. This stretch of surf-obsessed Nicaragua might invoke comparisons to California past, but Turner is careful to point out one distinction: “warmer ocean water.”