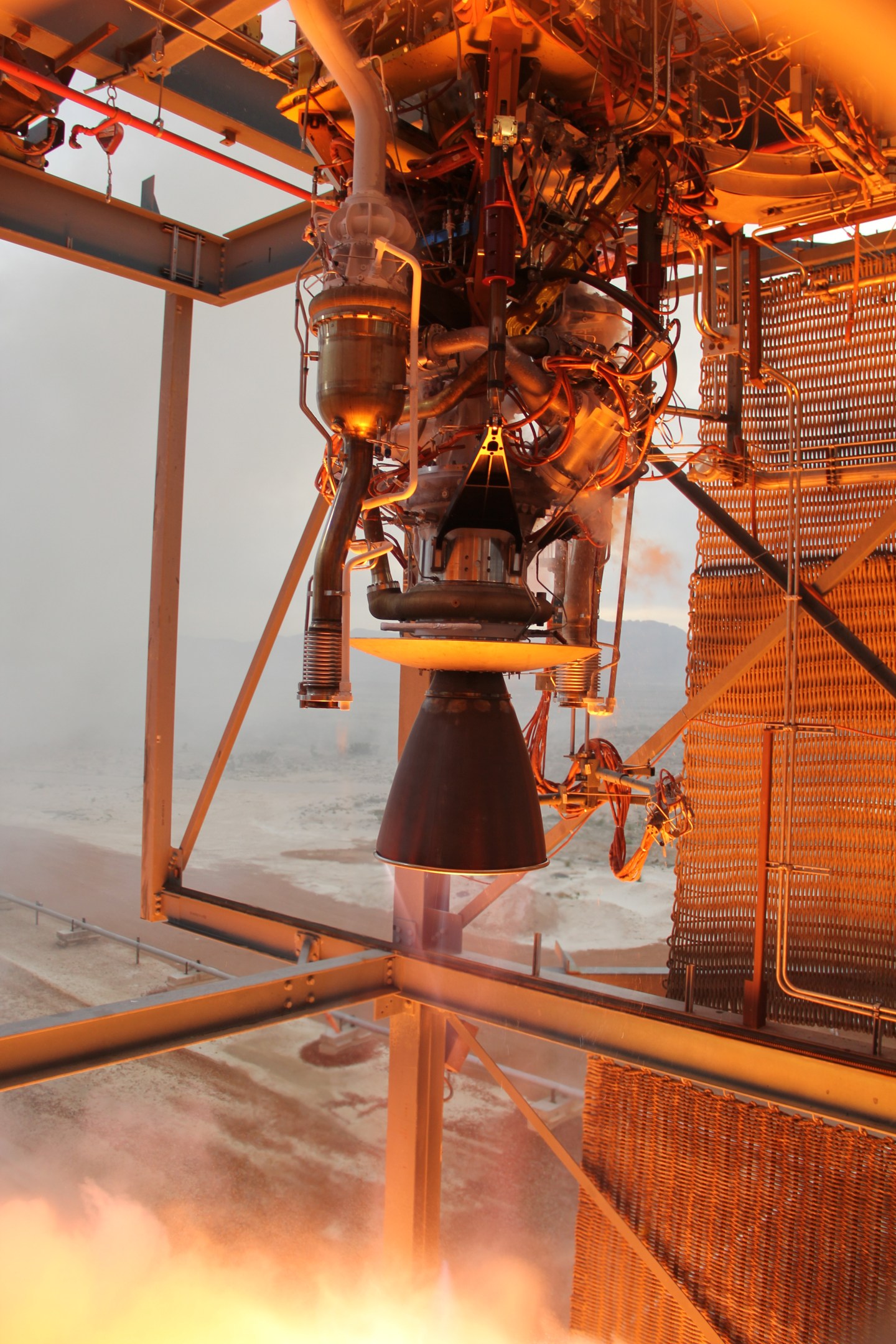 A space company owned by Amazon.com founder Jeff Bezos has finished work on a rocket engine for a suborbital spaceship and expects to begin flight tests this year, Blue Origin officials said on Tuesday.

The so-called New Shepard spaceship is designed to fly three people and/or a mix of passengers and payloads to altitudes about 62 miles (100 km) above Earth. It will launch from Blue Origin’s west Texas facility near Van Horn, Texas, southeast of El Paso.

Testing and development of the rocket engine, called BE-3, has been completed, the last major milestone before the liquid oxygen- and liquid hydrogen-fueled motor is attached to the New Shepard capsule for flight, Blue Origin President Rob Meyerson told reporters on a conference call.

“The engine is ready for flight … and ready for other commercial users,” Meyerson said. He declined to be more specific about when New Shepard would fly, except to say “soon.”
The capsule will fly dozens of times unmanned before the test flights include pilots, Meyerson added.

Blue Origin is among a handful of companies planning to offer commercial spaceflight services. New Shepard is a suborbital system, like Virgin Galactic’s SpaceShipTwo, a six-passenger, two-pilot spaceplane that is expected to resume test flights later this year following a fatal accident in Mojave, California, on Oct. 31, 2014.

Another company, privately owned XCOR Aerospace, is working on a two-seater spaceplane called Lynx that also is slated to debut this year, founder and chief technology officer Jeff Greason said.

Other companies, including Space Exploration Technologies, or SpaceX, and Boeing, are skipping suborbital spaceflight and developing systems to carry people into orbit.

Blue Origin intends to parlay its suborbital New Shepard vehicle into an orbital launch system, expected to begin flying later this decade. That vehicle will be powered by a liquefied natural gas motor, called the BE-4, that is being developed with United Launch Alliance, a partnership of Lockheed Martin Corp and Boeing.

The recently completed BE-3 engine also will be modified to serve as an upper-stage motor to fly satellites into orbit, Meyerson said.