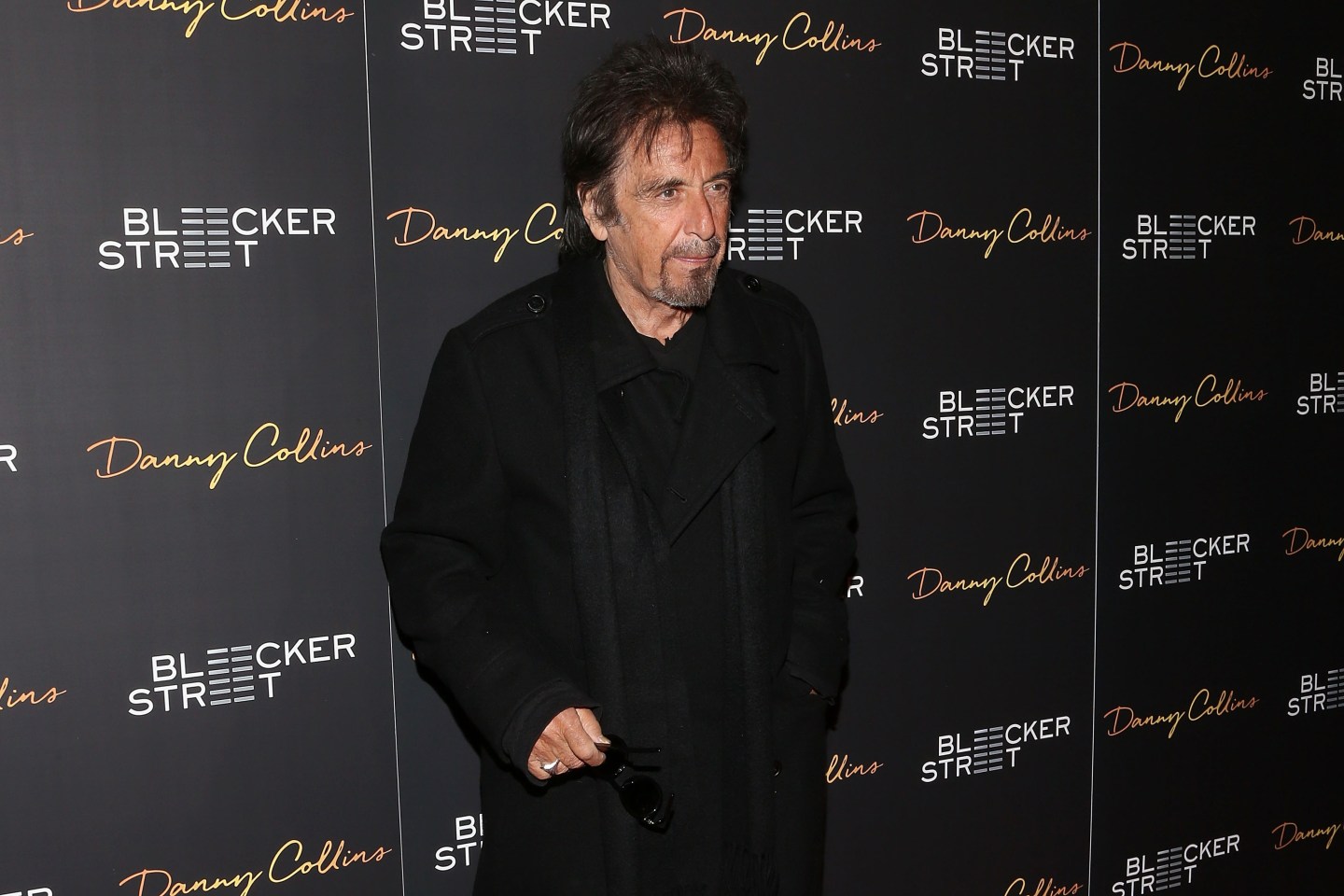 A UK-based tour operator is offering fans of Scarface and Godfather star Al Pacino the opportunity to fly with him for £25,000 (or $41,500).

The Daily Mail reported Tuesday that the meet and greet, run by Event Travel, features the travel option to Glasgow as part of Pacino’s three-city speaking tour. “Join the Al Pacino entourage at the airport in Glasgow to board the private jet,” the company states on its website.

The fan who doles out the five-figure sum will also receive three nights at a “luxury hotel,” a ticket for the show, along with a return ticket with Pacino. The dates are from May 19 to 22. There’s a maximum of two VIP guests, according to the itinerary.

Event Travel was not immediately available to confirm the price of the ticket, as first reported by the The Daily Mail. It’s unclear whether anyone has booked the option yet. There are also other options to meet Pacino: A meet and greet experience will set a guest back as much as £650, or $1,080.

According to The Daily Mail:

The speaking series, ‘An Evening with Pacino’, is being marketed as ‘an exceptional opportunity to catch an icon in the flesh’.

Organisers are promising never-before-heard stories and never-before-seen video clips, plus a chance to ask questions.

In 2013, the chance to hear Pacino speak was sold out at the Palladium.