Edward Snowden’s most outlandish interview yet 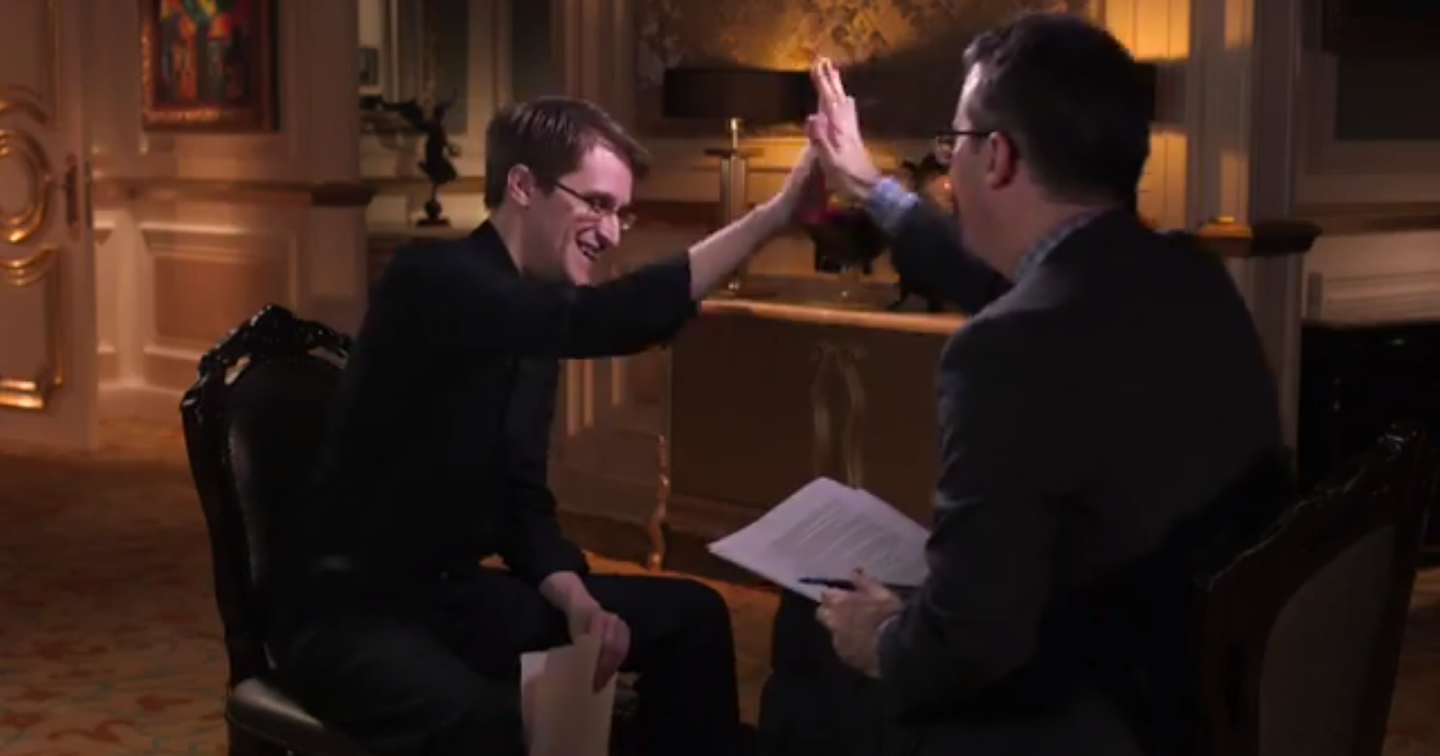 Edward Snowden, the whistleblower and former National Security Agency contractor, has conducted lots of interviews since he shocked the world with revelations about top secret government surveillance programs and fled to Russia. He’s video-streamed his visage onto a big screen at the SXSW conference in Austin, Texas (as well as a smaller one). He’s appeared on panels, including what became the final public appearance of the celebrated New York Times media columnist David Carr. He’s wandered the halls of the TED conference on the screen of a telepresence robot.

But this weekend on John Oliver’s hit HBO series Last Week Tonight, Snowden participated in what is likely his kookiest interview to date. The show took a deep dive into government surveillance, a subject nearly two years in the public spotlight thanks to Snowden’s leaks, and encompassed subjects ranging from the Patriot Act and espionage to, er, “truck nuts” and “dick pics.”

You can think that Snowden did the wrong thing or did it in the wrong way, but the fact is we have this information now and we no longer get the luxury of pleading ignorance. It’s like you can’t go to SeaWorld and pretend that Shamoo is happy anymore when we all know at least half the water in the tank is whale tears. We know that now. You can’t un-know that information, so you have to bear that in mind.

But here’s the thing. It’s almost two years later and it seems like we’ve kind of forgotten to have a debate over the content of what Snowden leaked.

“The public debate so far has been absolutely pathetic,” Oliver adds.

In a world where 1-in-10 smartphone owners have no awareness of the Snowden & NSA revelations, according to a recent privacy awareness study by the security firm Lookout, there’s no doubt that that public debate could use more stimulus. (Having seen Oliver’s “man-on-the-street” interviews in Times Square with people who—either laughably, or alarmingly—have a very confused understanding about Snowden’s revelations, one must question whether the respondents who indicated “yes” on the Lookout survey even have their facts straight.)

Though Oliver chastens the public for not engaging in a more serious dialogue about government surveillance, his treatment is not without its moments of levity.