Your March Madness office pools should all be legal 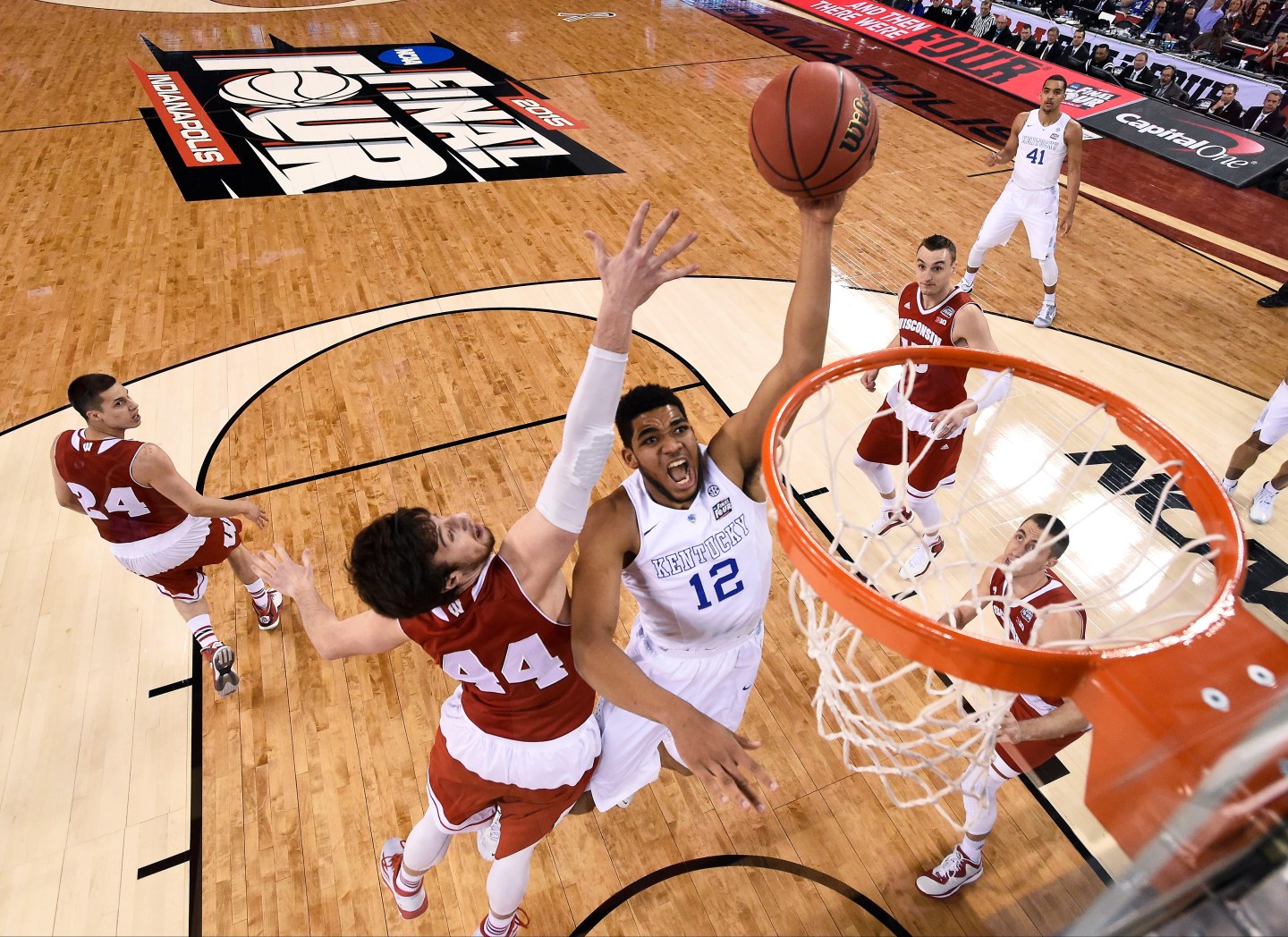 Roughly 40 million Americans are expected to fill out a total of 70 million brackets and bet $9 billion on March Madness this month, according to data from the American Gaming Association.

And all of them will be criminals in violation of up to three federal laws.

The most commonly violated law will be the Professional and Amateur Sports Protection Act (PASPA), which passed through Congress in 1992 at the behest of the four major pro sports leagues (NBA, MLB, NFL, and NHL) and the NCAA. It effectively prohibits sports gambling outside of the four states that had previously allowed it.

Yet it should surprise no one to hear that betting on the Super Bowl or March Madness doesn’t take place only in Nevada (the only state where it’s legal to make a bet on a single game), and that Federal agents don’t bother to descend on your workplace to arrest everyone who entered the office pool.

Gambling—largely legal and heavily regulated throughout Europe—has swept American sports culture. Lines and spreads are impossible to miss in media coverage. The most popular sportswriter in America, Bill Simmons, hosts a weekly NFL gambling podcast where he discusses the bets he’d “place if gambling were legal” (wink, wink). Sports betting is no longer some underground habit. It’s mainstream.

Gallup polls say 17 percent of Americans have wagered on sports in the last 12 months. In 2010, the FBI spent taxpayer resources to arrest 10,000 of those gambling Americans. Instead of spending some rounding up a few of us gamblers, imagine how much money Washington could collect for more worthwhile pursuits –like healthcare and education, and even gambling addiction treatments – if it legalized and taxed our sports betting.

Let’s be clear: the debate over gambling legalization is not a debate over whether or not to allow gambling. That’s already happening, whether you like it or not. It’s estimated that the amount of money wagered illegally on this year’s Super Bowl was 38 times greater than the amount wagered legally in Vegas casinos.

With the explosion in fantasy sports—many of which are played for money—over the last decade, more and more Americans are coming face to face with the folly of gambling “prohibition.” Even a strong supporter of the initial PASPA bill, Arizona senator John McCain, is now calling on Congress to rethink the law.

The discussion has become so animated that NBA commissioner Adam Silver penned a November New York Times op-ed arguing for a Congressional framework for states to legalize and regulate gambling, taking the activity take illegal gambling “out of the underground and into the sunlight.” Silver doubled down on these words in a February ESPN The Magazine story, calling himself not necessarily a gambling advocate but merely a “realist.”

Anti-gambling proponents will argue that legalized gambling will lead to more match-fixing and point-shaving – akin to what happened with the University of San Diego basketball team during the 2009-10 season. This could not be further from the truth.

Toreros guard Brandon Johnson was able to go undetected taking money under the table from bettors to deliberately not cover point spreads for so long specifically because gambling activity in California is kept in the dark. Had such odd fluctuations in San Diego lines been in the view of the public and regulatory officials, the shaving would have been nipped in the bud much sooner. In fact, there’s a good chance the greater risk of detection would have prevented any game manipulation attempts in the first place.

And in the pro ranks, athletes making millions simply aren’t going to risk their already lucrative careers for a tiny cut in match-fixing bribes. In any case, the general principle applies that it is easier to police and regulate activity happening in the open than what takes place in the shadows.

Some anti-gambling proponents are also concerned about the potential for increases in problem gambling. Given the extremely easy access to sports books and bookies, not to mention office pools and fantasy leagues, most experts are unconvinced legalization would actually increase gambling much, if at all. If you have a problem gambling, you’re already susceptible.

If anything, legalized gambling would remove many of the stigmas that prevent problem gamblers from speaking out about their issues and getting them the help they need sooner. Also, legal sports books do not allow wagers on credit, which can lead to dangerous situations in which bettors become heavily indebted to bookies.

Making bets on the Super Bowl or March Madness is a form of entertainment that is far more social and interesting than buying a state-sanctioned lottery ticket. Millions of Americans engage in this entertainment without harming anyone, including themselves. And as a society, haven’t we reached a consensus that we don’t ban things because a few of us will become addicted to them? Or would you also embrace prohibition for fast food, Netflix, and Candy Crush too?

Gambling is here to stay, and it is deeply rooted in our sports fan culture. Acknowledging this reality once and for all would be a smart bet.

Jim Pagels is a regular contributor to Forbes whose work has appeared in Reason, FiveThirtyEight, ESPN, and The Atlantic. He originally wrote this for Zocalo Public Square.