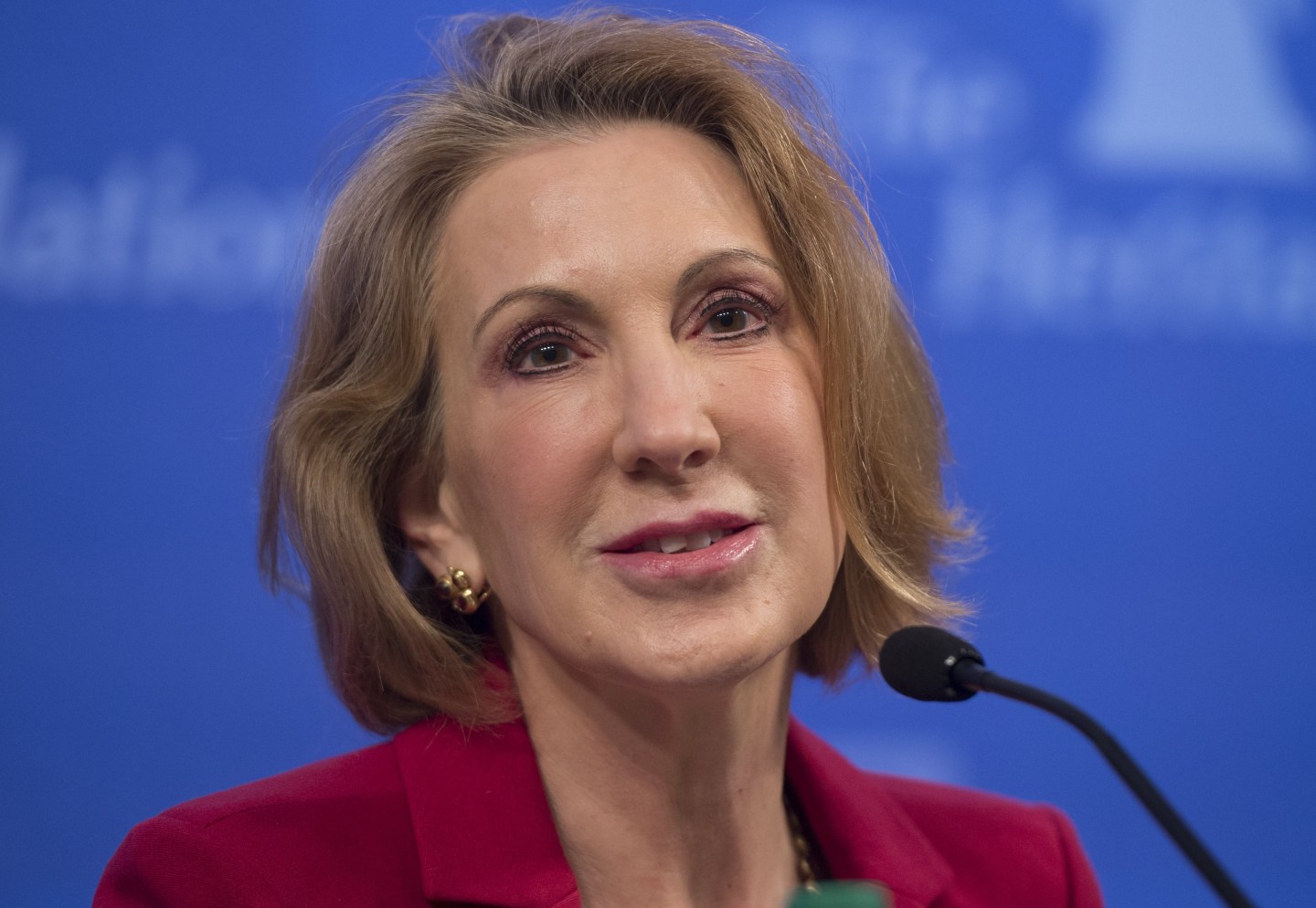 I’ll be honest. I never saw much to like in Carly Fiorina. Her tenure at Hewlett Packard was a disaster. By the time she was ousted in 2005 the company had lost half its value — earning her a spot on CNBC’s list of the worst American CEOs of all time.

I’m not crazy about her politics, either. She backed John McCain, defended Sarah Palin, opposed gay marriage and called the science on global warming “inconclusive.”

So I was not terribly surprised that she zigged when the rest of Silicon Valley was zagging on “religious freedom” laws, or that she would attack Apple’s CEO by name.

When Tim Cook is upset about all the places that he does business because of the way they treat gays and women, he needs to withdraw from 90% of the markets that he’s in, including China and Saudi Arabia,” she said Thursday afternoon during an interview with Wall Street Journal reporters and editors. “But I don’t hear him being upset about that.”

This is pure Fox News flimflammery. Where does it say you have to fix the whole world before you start in your own back yard?

It’s the line many on the right were taking last week — before the governors of Indiana and Arkansas saw the light and hastily reversed course.

But it’s one thing for George Will to criticize Tim Cook for doing business in countries that discriminate against homosexuals. He’s a columnist. What does he know?

The ex-CEO of HP — who did plenty of business in those countries — should know better.