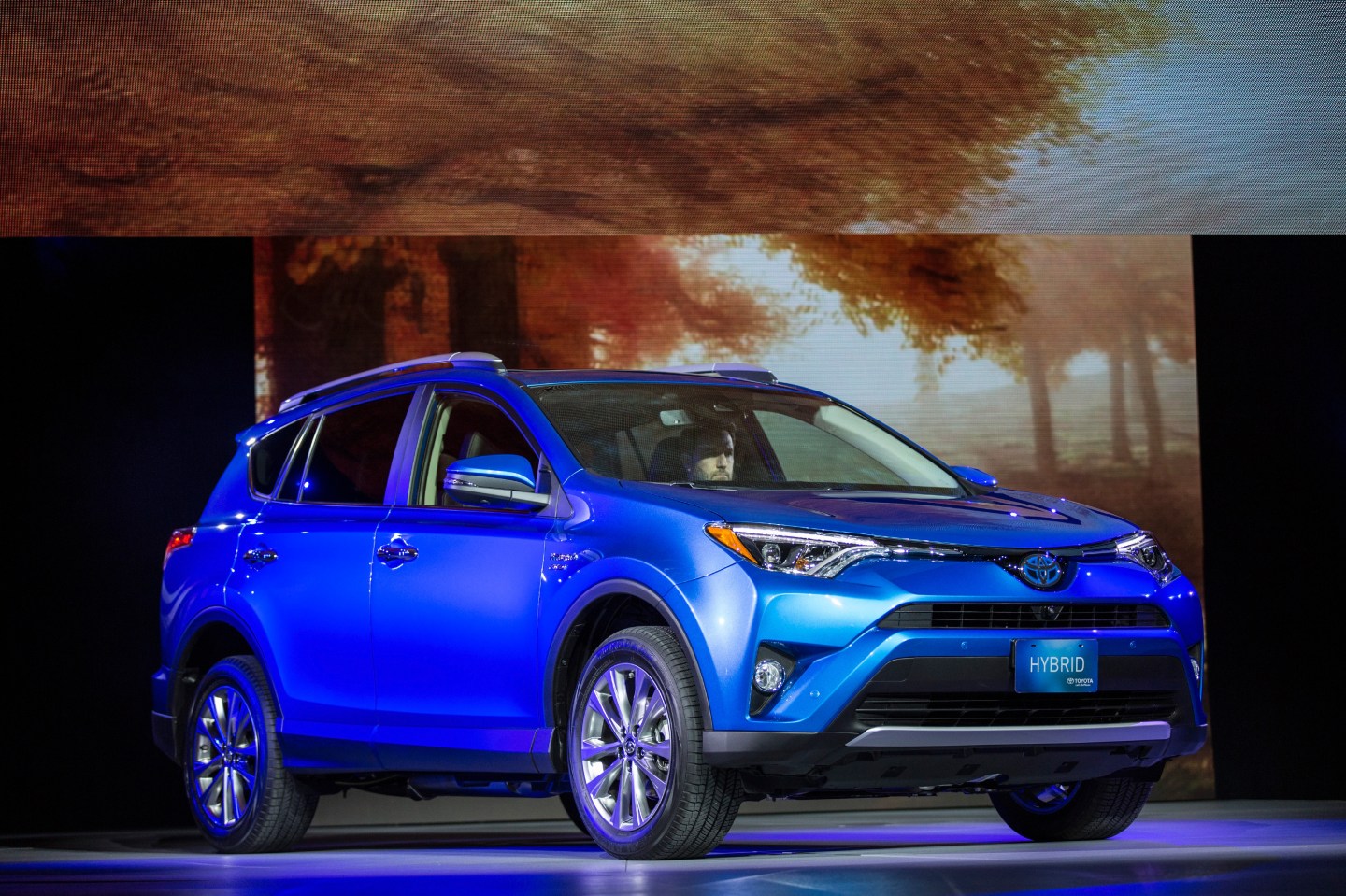 Toyota added an eighth member to its hybrid family this week, introducing a gas/electric version of its RAV4 SUV Thursday at the New York Auto Show.

The new model fills a hole in Toyota’s hybrid lineup, which was missing a small SUV, USA Today reports. Many of the details of the SUV still haven’t been announced, the paper notes:

Toyota is stingy with specifics on mileage, performance and price this early. The RAV4 Hybrid will only come with Toyota’s Electric On-Demand all-wheel drive and in XLE and Limited trim levels, which are the middle and higher-end trims on the gas-powered RAV4.

In addition to the hybrid model, Toyota is also introducing a sportier SE trim version. All RAV4 models are getting an update to both the interior and the exterior.