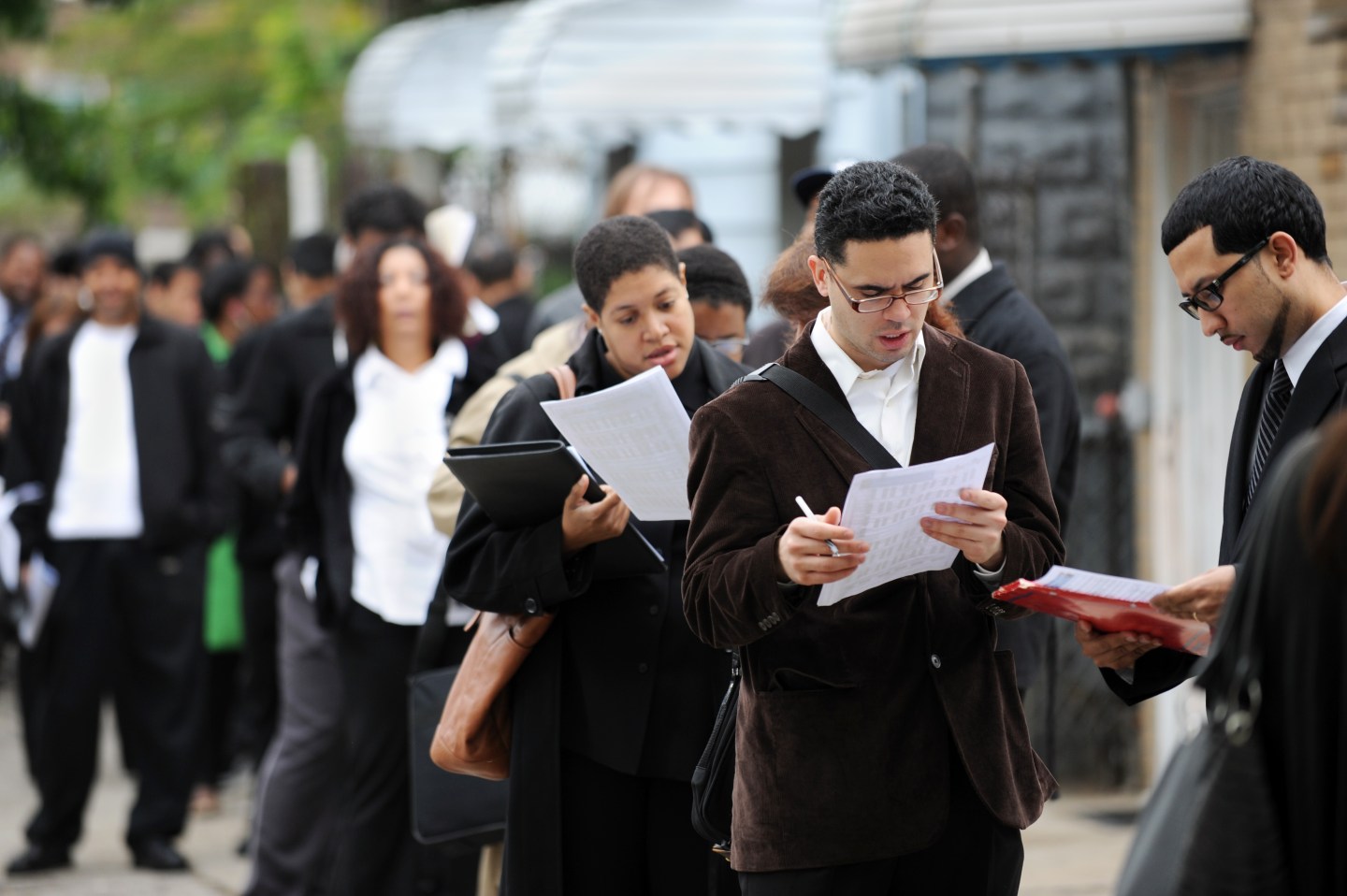 U.S. employers added far fewer jobs in March than economists had anticipated, the worst showing for the labor market in more than a year and ending a year-long streak of monthly job additions above 200,000.

The Labor Department published March’s employment figures Friday morning, with the report showing U.S. employers added just 126,000 jobs in March. That missed Wall Street’s expectations by 121,000 new jobs and was the weakest job growth since December 2013. Ahead of the report, observers had warned that job growth looked poised to take a step back in March, hurt by weak oil prices and the surging value of the dollar. The Labor Department reported weakness for jobs that supported oil and gas extraction, as well as a slowdown in job gains from the food services industry.

What you need to know: March was the 54th straight month of employment gains in the U.S., but the job growth failed to exceed 200,000 after a 12-month streak of gains above that threshold.

The labor market has added jobs steadily as the nation’s economy has rebounded and grown in the years following the global financial crisis. Job growth has spread across many pockets of the economy, though wages haven’t improved much and the long-term unemployed have missed out on the jobs rebound. Meanwhile, weak oil prices have led to some notable layoffs in the energy sector. Of the 140,214 job cuts announced in the first quarter of 2015, 34% of them were attributed to falling oil prices, according to outplacement consultancy Challenger, Gray & Christmas.

The big numbers: The U.S. labor market added 126,000 jobs in March, falling short of economists’ estimates of 247,000 jobs, according to a Bloomberg survey. The nation’s unemployment rate was unchanged at 5.5% in March, matching analysts’ estimates.

Job gains for February were downwardly revised. The figure dropped to 264,000 from 295,000 jobs. The number of long-term unemployed was little changed at 2.6 million.

What you may have missed: The job market has been stung by weakness in the mining sector. That industry has shed 30,000 jobs so far in 2015, after adding 41,000 jobs for all of 2014. The employment declines in the first quarter of this year, as well as the gains reported last year, were generally tied to jobs that supported oil and gas extraction. Observers have warned the falling price of oil would take a significant toll on industries such as oil field services, energy providers and related manufacturers this year.

Among other sectors, job growth in retail matched the 12-month average gain, while the health care sector, food service industry, and professional and business service providers all added jobs last month. Notably, the food services industry added just 9,000 jobs in March, after posting an increase of 66,000 in February. The job growth for that sector in March badly lagged the average monthly gain for 2014, which was at about 33,000 per month.
[fortune-brightcove videoid=4093305610001]