Indianapolis in crisis mode after tourism hit by religious bill 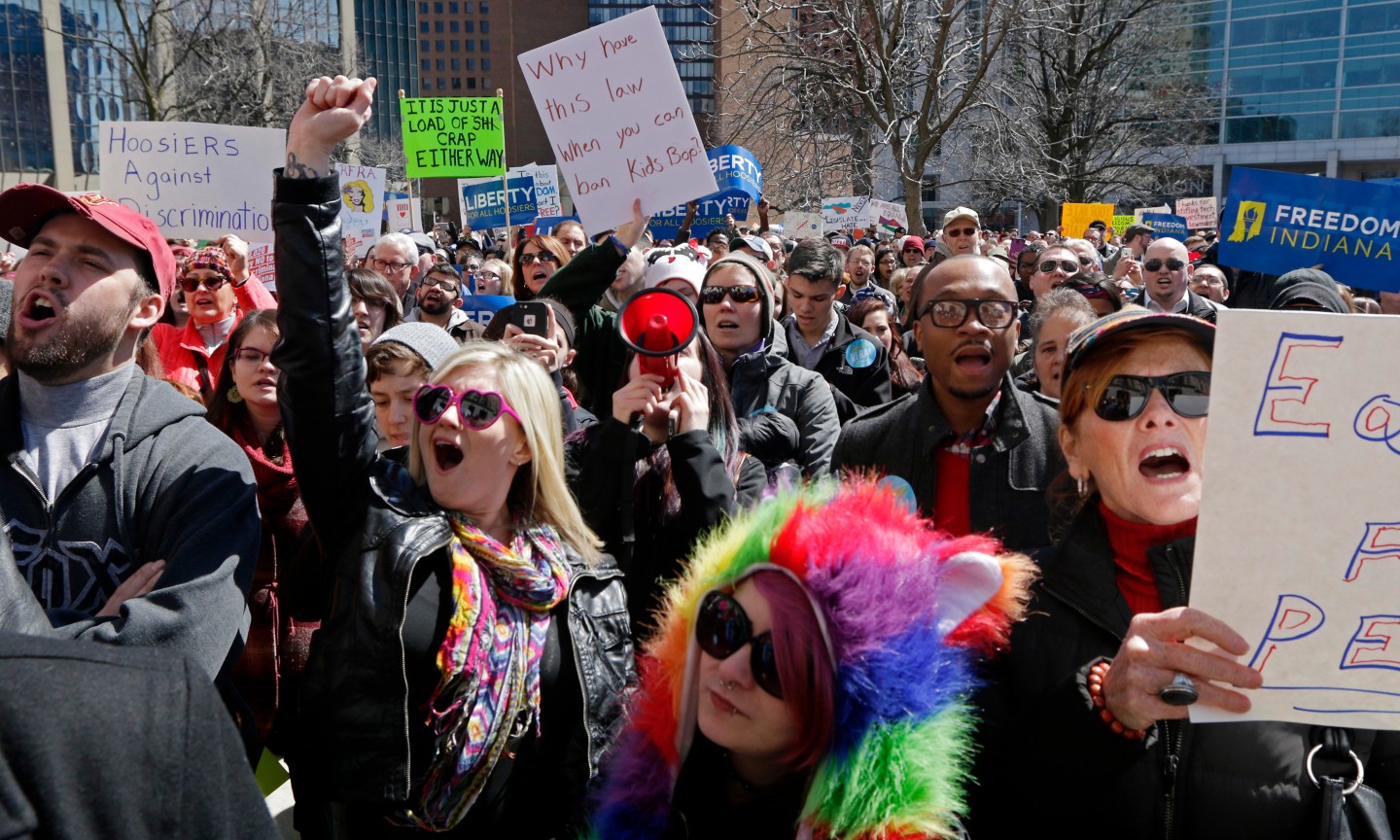 (Reuters) – The rainbow flag, a symbol of gay rights, flies prominently on the Visit Indy website and Indiana’s Republican Governor Mike Pence personally phoned the head of a Seattle company that gathers 56,000 gaming nerds in the heartland each year.

These are just some of the signs that Indianapolis, a corn belt city of 850,000 with a $4.4 billion tourism industry, has gone into full-on damage control to make sure its growing convention business is not harmed by a national uproar over a religious bill that Pence signed into law last week.

The Religious Freedom Restoration Act – which to some meant religious freedom and to others a license to discriminate – was modified on Thursday by Indiana lawmakers to clarify that businesses cannot deny service to gays and lesbians.

Pence signed the clarified law on Thursday, soon after his Arkansas counterpart, Governor Asa Hutchinson, signed a modified version of a similar bill in his state.

With tens of thousands of basketball fans set to attend the NCAA Final Four men’s college tournament inIndianapolis this weekend – and Indy’s car-racing industry also expressing concerns over the law – tourism leaders were eager for a quick fix.

“We have been working around the clock in crisis mode because the perception of Indy being unwelcoming has been everywhere,” said Chris Gahl, vice president of communications at Visit Indy, the marketing arm forIndianapolis, the state’s capital and largest city.

Gahl said the group is “working feverishly” on the phone with the American Federation of State, County and Municipal Employees union and with Christian church Disciples of Christ to make sure they do not carry through with plans to cancel meetings in the city, which has built new hotels and expanded its convention center as tourism booms.

But the biggest convention of all is Gen Con, a meeting of a Seattle-based gamer group that says it has a $50 million annual impact on Indianapolis.

During Gen Con’s annual meeting, attendees gather at tables and computer screens for round-the-clock role-playing games such as Pathfinder or Dungeons & Dragons, trading card games, video and computer games, miniatures and board games.

“We’ve been on the phone with them every day, reassuring them we are doing everything we can as a city to oppose the bill and ensure their executives and attendees they will be welcome,” said Gahl.

“A significant portion of Gen Con attendees identify as gay, lesbian, bisexual or transgender, and we are reading that some members of our community feel unsafe traveling to Indiana,” Gen Con Chief Executive Adrian Swartoutwrote in an open letter to attendees, after Governor Pence phoned her on Monday.

Gen Con had said it was halting plans for expanding its yearly convention until the RFRA was amended.

The day before Pence signed the original RFRA last week, Visit Indy moved the rainbow flag up to the top of its website, said Gahl. The entity has been actively marketing to the gay community for five years, he said.

Global corporations such as pharmaceutical maker Eli Lilly and Wal-Mart Stores were among businesses that pressured Pence to modify or repeal the law.