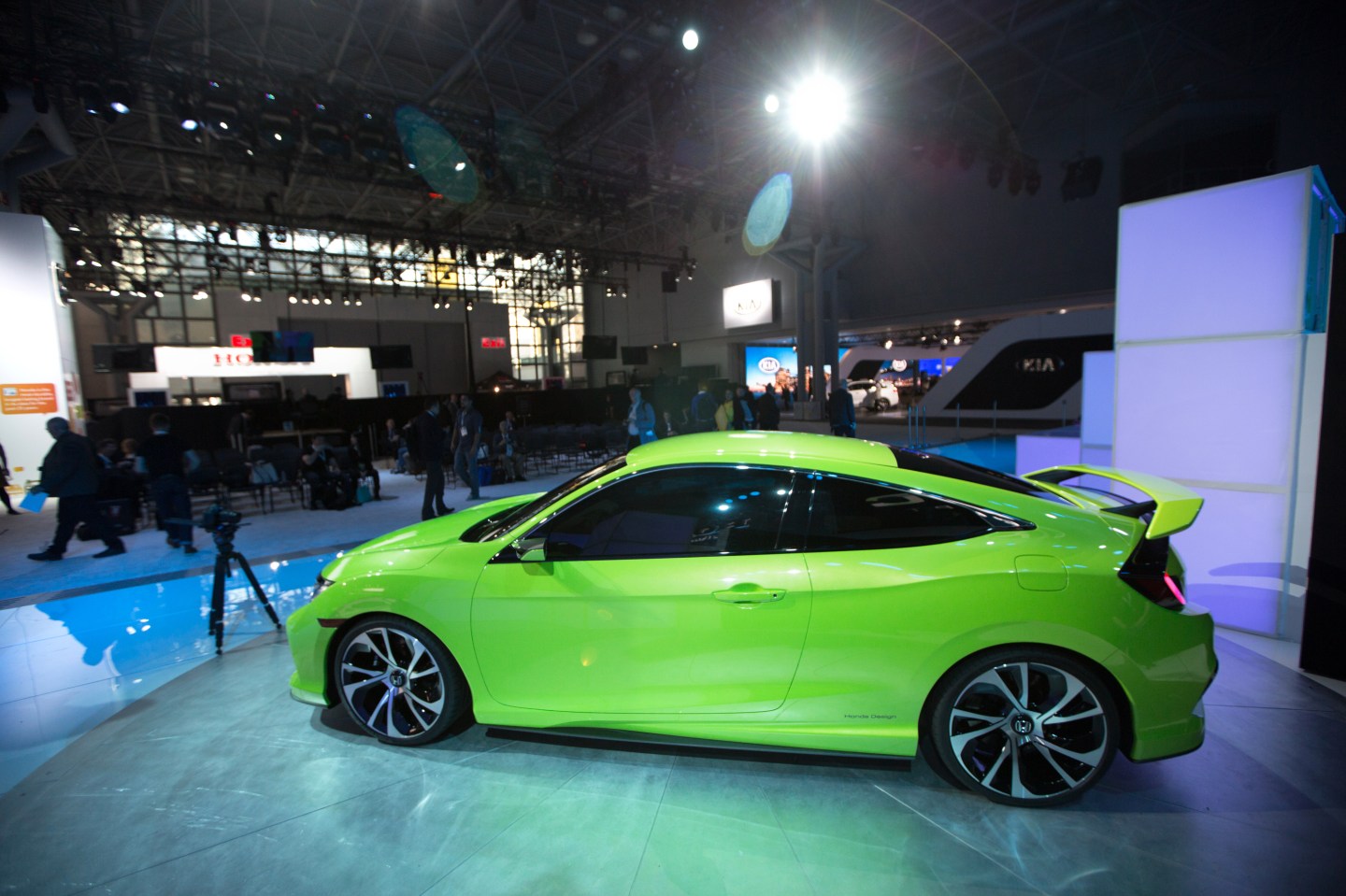 The Honda Civic is looking to change its reputation, and based on what we’ve seen at the New York Auto Show this week, it may succeed.

“This is the return of the sporty Civic,” John Mendel, Honda’s executive vice president in the U.S., told USA Today.

The new Civic has a turbocharged engines and multiple design variants, including a hatchback version and a performance model. Honda didn’t comment on whether or not a hybrid version would be available. However, it did say that the Civic Type-R, a sports version of the car currently only sold overseas, would be made available in the States.

This is the tenth generation of the Civic, and it does away with the more boxy feel the car has had in the past, instead featuring a longer hood.

The Civic remains extremely popular, though sales are down 6.2% for the first quarter to 66,722. Auto sales in general though, are up year-over-year as the auto market continues its rebound following the 2008 credit crisis.