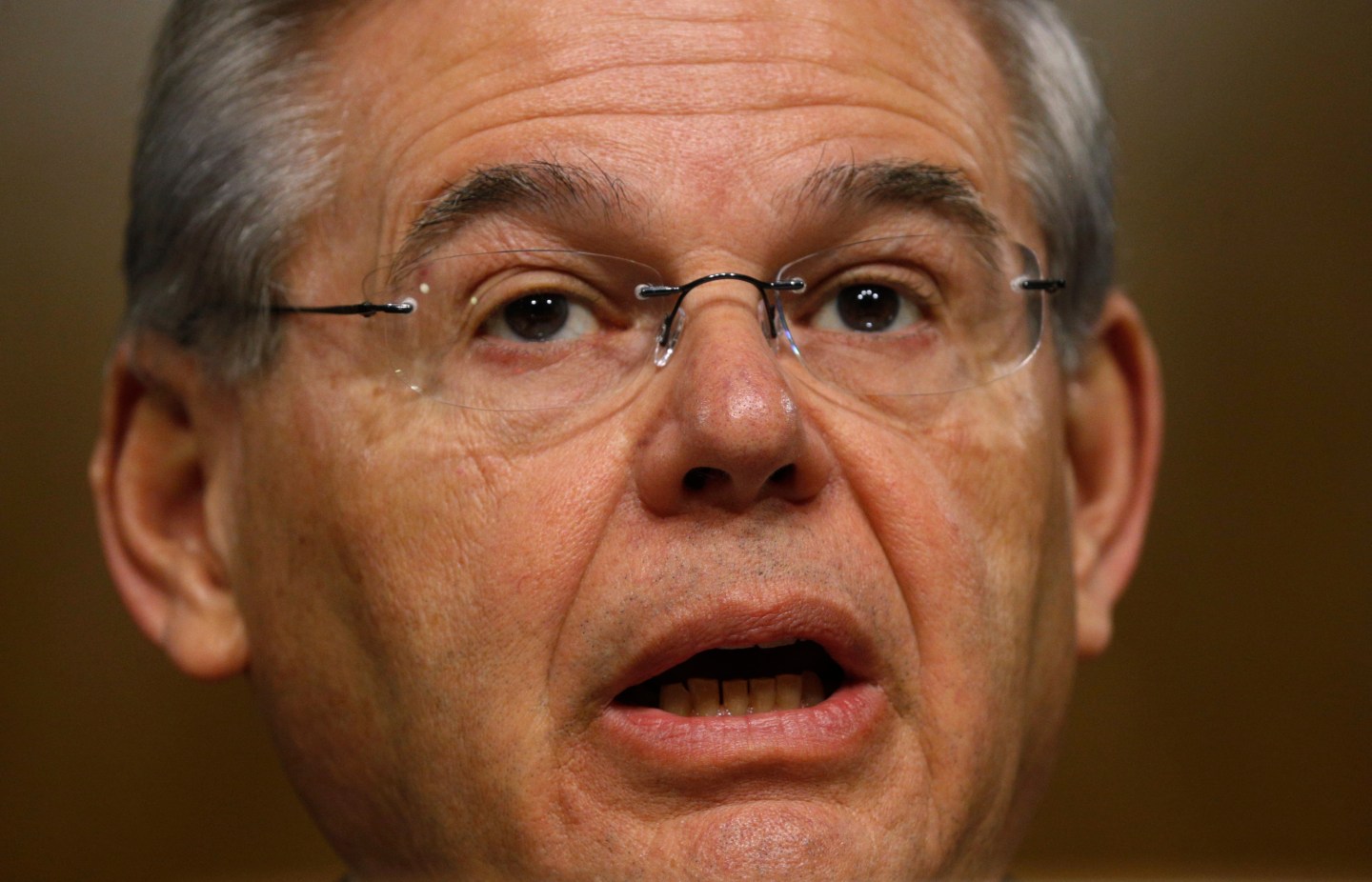 Sen. Bob Menendez (D-N.J.) has been indicted federal corruption charges by a grand jury in Newark, N.J., according to the Associated Press.

Prosecutors allege the two-term Senator improperly used his office to advance the business interests of a close friend and donor in exchange for gifts. With the indictment looming in recent weeks, Menendez has maintained his innocence, insisting any gifts were the product of his long-term friendship with the man, a Florida-based ophthalmologist named Salomon Melgen.

The investigation centered on Menendez’s efforts to help Melgen resolve a dispute with the federal government over his Medicare billings and secure a port security contract in the Dominican Republic. Melgen, along with family members, showered Menendez with campaign contributions and gave him private plane rides. The Senator was forced to repay $70,000 for trips he took to the Dominican Republic once they became public.