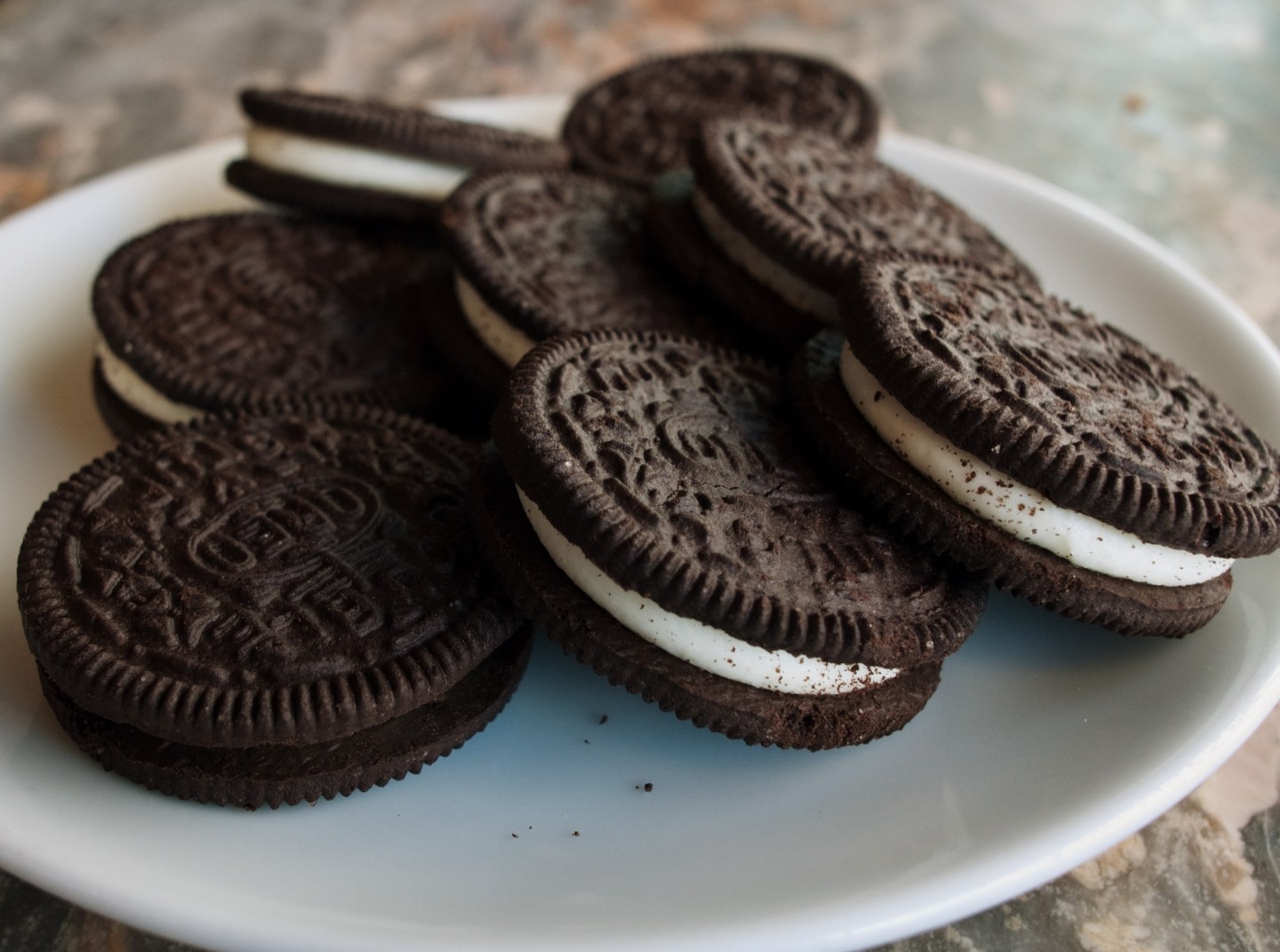 A March 7, 2012 photo shows a plate of Oreo cookies in Washington, DC. Technically they're "chocolate sandwich cookies," a baked concoction of sugar, vitamin-enriched flour, canola oil, high-fructose corn syrup and, at the bottom of the list of ingredients, chocolate. But the Oreo cookie -- first baked in New York city 100 years ago on March 6, 2012 -- is much more than that. It's an American icon, the best-selling cookie in the nation, with plenty of fans around the world to boot. AFP PHOTO/Mandel NGAN (Photo credit should read MANDEL NGAN/AFP/Getty Images)
Photograph by Mandel Ngan — AFP/Getty Images

The U.S. Commodity Futures Trading Commission on Wednesday charged Kraft Foods Group Inc and Mondelez Global LLC with manipulation of prices of wheat used in products such as Oreo and Chips Ahoy! cookies.

The regulator alleged that Kraft and Mondelez bought $90 million of wheat futures, or a six-month supply, but never intended to take delivery of the wheat.

The two then earned more than $5.4 million in profits as the market shifted prices in reaction to the enormous position, the CFTC said.

The regulator said it was seeking a permanent injunction from future violations by the two companies, as well as disgorgement and civil monetary penalties.

Kraft said it did not expect the matter to have a financially material impact and that Mondelez International would predominantly bear the costs of the matter.
The complaint focused primarily on trading that occurred before Kraft spun off Mondelez, Kraft said.