Where inflation is worse than it looks 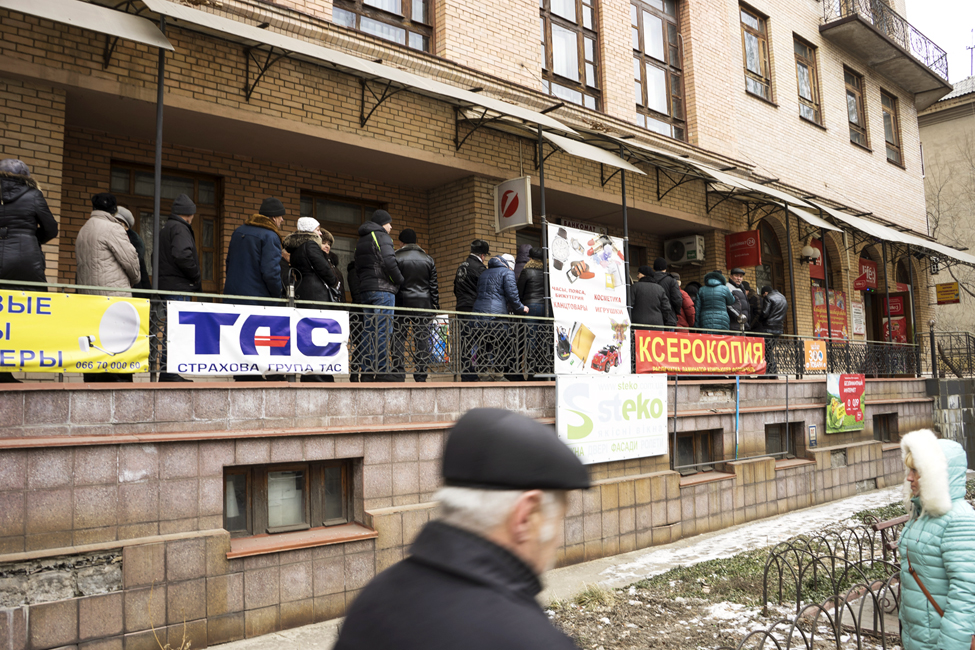 Local residents queue to withdraw hryvnia cash from an automated teller machine (ATM) operated by UniCredit Bank AG, in Artemivsk, Ukraine, on Friday, Feb. 20, 2015. Talks on Ukraine's debt payments may face delays "given the politicization of the current conflict" and given Russia's "leverage over the already-strained situation" as one of Ukraine's creditors. Photographer: Vincent Mundy/Bloomberg via Getty Images
Photograph by Getty Images

In March, Ukraine’s National Bank reported the country’s annual inflation rate had reached 34.5%, its highest level in more than a decade. That’s a brutal number by any standard, but the reality is much, much worse.

Steve Hanke, a professor of applied economics at Johns Hopkins and director of the Cato Institute’s Troubled Currencies Project, estimates the inflation rate in the post-revolution nation is actually about 133%, or four times the official number. That puts Ukraine in league with war-torn Syria and world-inflation leader Venezuela on Cato’s Troubled Currencies list—countries whose citizens have lost faith in their money.

Hanke says there are two telltale signs of a currency in crisis: a booming black market and high volatility. Volatility has been on the rise globally (see chart) because of fluctuation in the dollar-euro rate—which Hanke calls the most important number in global economics. The rapid rise of the dollar relative to the euro has triggered selloffs of emerging- markets currencies and skewed commodity prices. Until there’s greater stability there, expect more cash under mattresses.