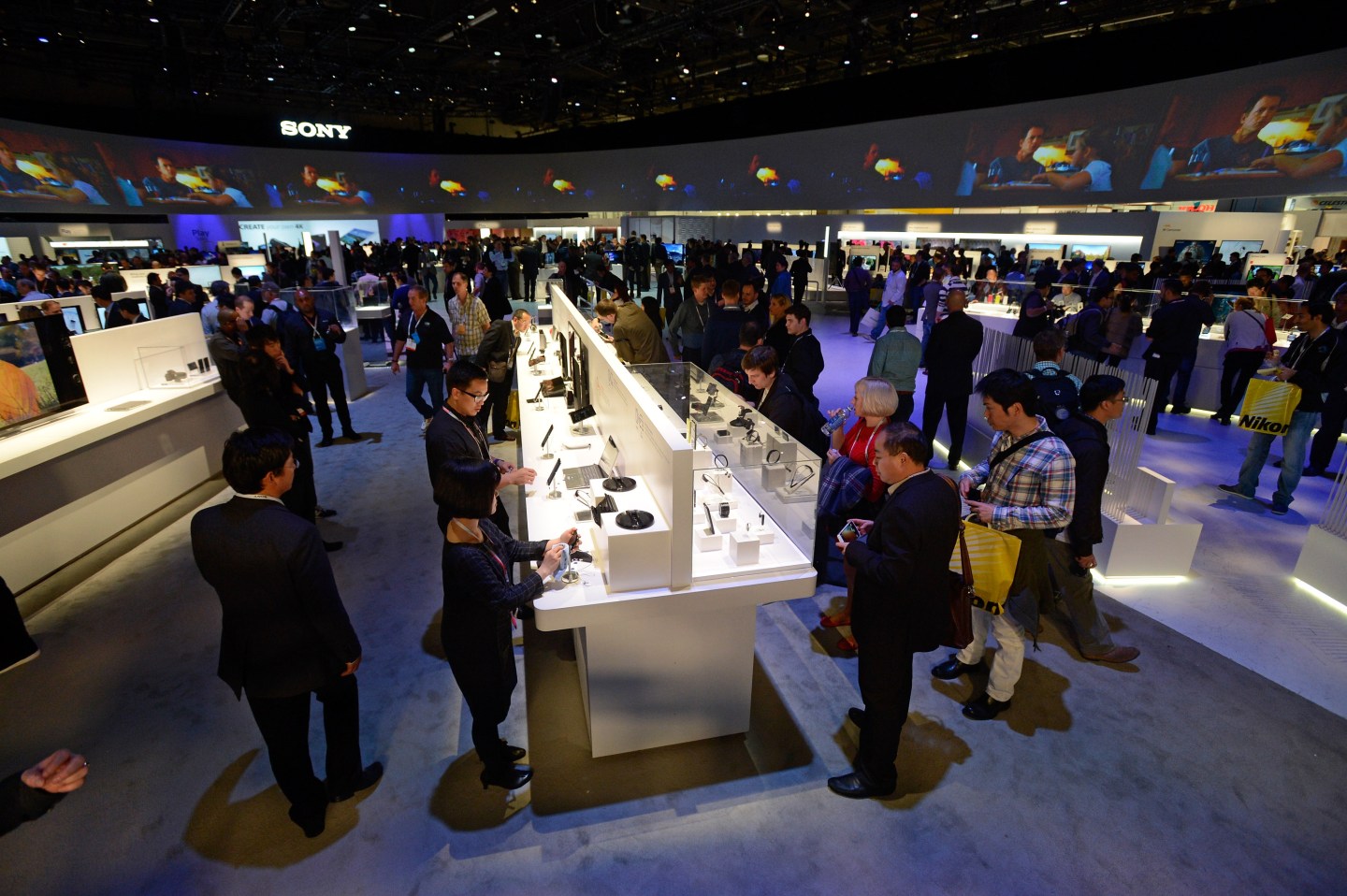 LAS VEGAS, NV - JANUARY 07: Attendees check out the Sony booth at the 2014 International CES at the Las Vegas Convention Center on January 7, 2014 in Las Vegas, Nevada. CES, the world's largest annual consumer technology trade show, runs through January 10 and is expected to feature 3,200 exhibitors showing off their latest products and services to about 150,000 attendees. (Photo by David Becker/Getty Images)
Photograph by David Becker — Getty Images

If you’ve ever attended a technology conference, then you’ve likely seen your share of booth babes. Also known by the more respectable term “promotional models,” they’re the scantily-clad women companies hire in an attempt to lure conference-goers into checking out their Bluetooth headsets, Internet-enabled toothbrushes and yes, even security software.

From the Consumer Electronics Show to Mobile World Congress, booth babes have become an expected part of the scenery, much like hours-long taxi lines and horrible Wi-Fi coverage (go figure). But some attendees have complained that stripper-like attire—yes, I’m talking pasties—is offensive in a professional environment and that they’d rather engage with actual salespeople who are more knowledgeable about the products they’re trying to sell. (Booth babes are usually temporary hires and therefore not your best bet if you want a deep dive on the latest cryptographic solutions.)

At least one annual tech expo has decided to listen to the complaints. Last week, the organizers of the RSA Conference, an information security event that will take place in San Francisco next month, added a new clause to its exhibitor rules and regulations. Effectively, it’s a booth babe ban.

According to the new rules: “All expo staff are expected to dress in business and/or business casual attire… Attire of an overly revealing or suggestive nature is not permitted.” The RSA organizers even list specific examples of such clothing, including tops displaying excessive cleavage, miniskirts, offensive costumes and Lycra bodysuits (apparently that’s a thing).

“I think it’s a long time coming,” Sandra Toms, VP and curator of the RSA Conference, said on a phone call with Fortune. “If you’re an attendee you have a limited time and you want to ask specific technical questions and get your answers. That’s what we’ve heard in our [attendee] surveys.”

According to Toms, who has been working on the conference for nearly two decades, conference-goers have also said they are offended by specific clothing worn—or more accurately, not worn—by booth babes. And such criticisms have been lobbed at tech conferences for years.

The fact that some large, respected companies still use women in body paint to try and draw attention to their wares seems outdated at best—kind of like handing out breath mint containers inscribed with a company logo. (Like mints, booth babes don’t necessarily help vendors generate more leads.) And while it’s not to blame for the overall dearth of women at many of these conferences, it certainly doesn’t promote an atmosphere that’s welcoming to both genders: Let’s face it, these companies are explicitly marketing specifically to men, and in the crudest way possible.

In case you were wondering, about 30,000 people attend the annual RSA Conference, but women make up just about 15% of attendees. As far as tech conferences go, that ratio isn’t unusual. RSA has chosen to take a stance with its new booth babe ban, and so far, says Toms, the feedback has been positive.

“We’ve had a lot of support for it,” says Toms. “I think people get it, and they want to be respectful.”

Of course, banning booth babes does have one potential downside—the sad reality is, it could mean even less women at tech conferences. But here’s a novel thought: Technology companies, you can still have women showing off and explaining your products. Just don’t ask them to wear Lycra.