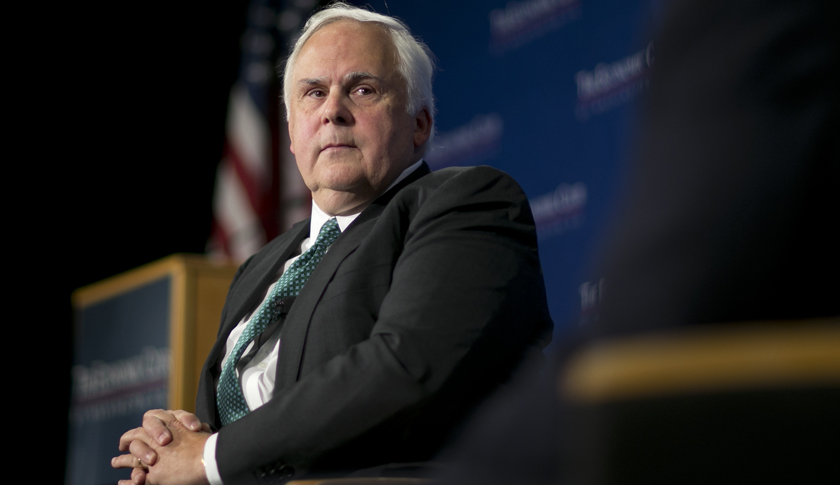 Fred Smith, chief executive officer of FedEx Corp., listens to a question during an Economic Club of Washington event in Washington, D.C., U.S., on Thursday, Dec. 6, 2012. Smith said today that he's "cautiously optimistic" that Republicans and Democrats will reach a deal to avoid the fiscal cliff. Photographer: Andrew Harrer/Bloomberg via Getty Images
Photograph by Andrew Harrer — Bloomberg via Getty Images

FedEx CEO Fred Smith says he uses Uber, but he doesn’t worry about the startup taking business away from his delivery and logistics company.

During an earnings call Wednesday, Smith said that he liked Uber as a company, but that it wouldn’t affect FedEx’s business. Uber, which typically offers rides to passengers who use a mobile app, has done some small-scale experiments with delivering items.

From the Wall Street Journal:

“I think there’s just an urban mythology out there that the app somehow changes the basic cost input of the logistics business or changes the patterns or the underlying business situation and that’s just not–that’s just incorrect. So great company, great concept, but I don’t think it’s…likely to be a major player in the logistics business,” Smith said.

Plus, what’s so new about Uber? Smith says FedEx came up with Uber-type services long before the tech start-up was around. He pointed to FedEx’s custom critical business, which gets things quickly from point A to point B. FedEx also has introduced same-day deliveries in more than 20 markets.

Smith also said he thinks same-day delivery isn’t what most people actually want, since consumers do most of their shopping at night after work.

FedEx’s third-quarter earnings skyrocketed 53% thanks to a corporate reshuffling and reduced fuel costs, the company said Wednesday. Uber is the world’s biggest privately-held startup, valued at more than $41 billion.