10 inventors who apologized for their inventions 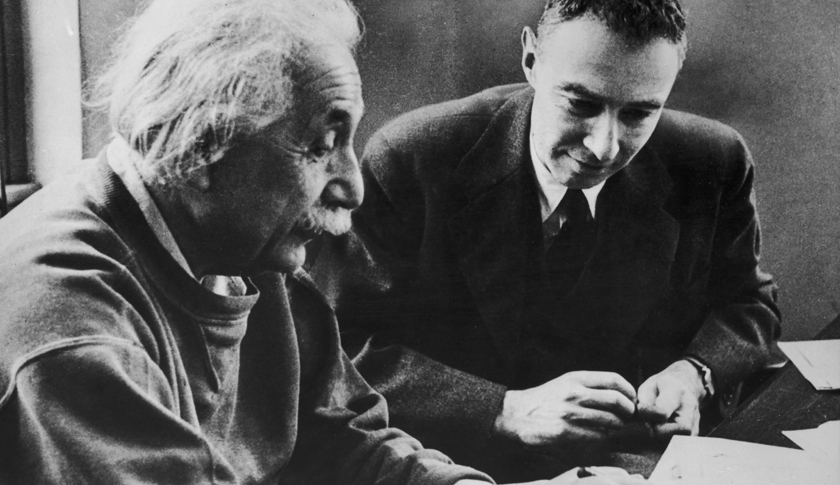 “Woe is me,” said Albert Einstein on learning of the bombing of Hiroshima.

It’s not unusual for inventors, researchers, and developers to rue their creations. Although Einstein didn’t work directly on the atomic bomb, he regretted his role in encouraging its development.

Similarly, Alfred Nobel, who developed dynamite and other weapons technologies, launched the Nobel Peace Prize to award promoters of peace,which Einstein interpreted his motivation for establishing the prize as atonement.

As to whether any invention or discovery is intrinsically positive or negative, ask Arthur Galston, whose research led to the development of Agent Orange, an herbicide intially intended to help grow crops but which caused extensive environmental damage as well as birth defects when used in Vietnam.

He said in 2003, “You know, nothing that you do in science is guaranteed to result in benefits for mankind. Any discovery, I believe, is morally neutral and it can be turned either to constructive ends or destructive ends. That’s not the fault of science.”

Still come apologies from those who feel they’ve created a monster. Here are 10 recent or less known examples of such regrets.

In 1992, John Sylvain developed the now ubiquitous single-serve, instant brew plastic pods for use with Keurig coffee makers that generated enough non-biodegradable waste last year to encircle the globe 10.5 times.  He recently told the Atlantic, “I feel bad sometimes that I ever did it.”

With his current company Zonbak, he’s in the solar panel business, in hopes of at least partially offsetting his creation’s environmental damage. Meanwhile, Keurig Green Mountain has pledged to create a recyclable K-Cup by 2020.

Anna Jarvis initially came up with Mother’s Day after she was devastated by the 1905 death of her mother, with the first commemorative event held at her church and a store auditorium in 1908, using her mother’s favorite flower, white carnations.

But soon her full-time promotional efforts for the holiday became too successful for her tastes.

The floral industry cashed in on the white carnation, with accounts being reported of hoarding and profiteering, and expanded holiday offerings to include red carnations for living mothers, reserving white for deceased moms. By 1920 Jarvis grew disgusted with the commercial bent taken on by her day of sentiment.

According to Mental Floss, she called those selling mother’s day cards, gifts, and flowers “charlatans, bandits, pirates, racketeers, kidnappers and termites that would undermine with their greed one of the finest, noblest and truest movements and celebrations.” She tried to fight the profit-driven promotions by attempting to trademark her creation, but failed, and by the end of her life she was petitioning to rescind Mother’s Day altogether.

Jul 28, 2009 - Cambridge, Massachusetts, USA - ETHAN ZUCKERMAN of the Berkman Center for Internet and Society at Harvard Law School. Zuckerman is the co-founder of Media Cloud, a system that tracks hundreds of newspapers and thousands of Web sites and blogs and archives the information in a searchable database, and Tripod.com, a web hosting enterprise. His is also the founder of Geekcorps, a non-profit that sends technically skilled people to developing countries to assist in computer infrastructure development. (Credit Image: © Bryce Vickmark/ZUMA Press)

Last year, Ethan Zuckerman wrote an essay discussing advertising as the default business model of the Internet, in which he also apologized for the pesky creation he helped unleash on the world: the pop-up ad. “I wrote the code to launch the window and run an ad in it. I’m sorry. Our intentions were good.”

Dong Nguyen, developer of Flappy Bird, speaks during the 2014 WIRED Business Conference (BizCon) in New York, U.S., on Tuesday, May 13, 2014. The publishers of WIRED in partnership with MDC Partners gather a roster of today's thought leaders for discussions on disruptive business practices, ideas, and innovations. Photographer: Peter Foley/Bloomberg via Getty Images

Developer Dong Nguyen launched a simple side-scrolling mobile game in May of 2013, which exploded in popularity in early 2014, when it became the most downloaded free game in the iOS App Store. After more than 50 million downloads, Nguyen pulled the game down in February 2014, expressing concerns that it was too addictive and overused. He announced the removal on Twitter, adding “I cannot take this anymore.”

The game did return on Amazon Fire, but was not released again for other platforms.

Robert Propst, the inventor of the cubicle, seen in Redmond, Wash., on Aug. 11, 1997, doesn't like what corporate America has done with his original vision of an open office where co-workers can share their ideas. Propst, who now works out of his Redmond home office, created the cubicle concept in the 1960s. (AP Photo/Eastside Journal, Maxwell Balmain)

In 1968, a year in which Mad Men characters are regularly depicted taking luxurious naps on their private office couches, Robert Propst proposed a futuristic office style with no real walls or doors.

His creation, the Action Office, seemed like a good idea at the time: instead of an open air layout, the walls would provide places to pin up work and there would be more surfaces for the cube-dwellers. It was also cheaper.

But as Propst recalled to Fortune at age 80, "They kept shrinking the Action Office until it became a cubicle,” and later he regretted his role in creating this “monolithic insanity.”

Comic Sans is the whimsical typeface everybody loves to hate, which has inspired the online Ban Comic Sans campaign.Vincent Connare, the man responsible for its existence, created it for a computer education program for children in 1994. But once it was included as a standard typeface in the Microsoft Windows operating system, it took on life of its own, mostly going places a more dignified choice should go.

Wally Conron, the breeder who created the labradoodle (a mix of labrador and poodle) in the late 1980s, regrets having created a designer dog craze. Last year he told the Associated Press, “I’ve done a lot of damage...I’ve created a lot of problems...There are a lot of unhealthy and abandoned dogs out there.”

Conron stopped breeding them 20 years ago, but their popularity has boomed. Conron criticized puppy mills with unscrupulous that breeding practices. “Instead of breeding out the problems, they’re breeding them in. For every perfect one, you’re going to find a lot of crazy ones.”

FRANKFURT AM MAIN, GERMANY - JUNE 01: A riot policeman clutches a club and a bottle of pepper spray stained with paint thrown by a protester during the main Blockupy demonstration in the financial district on June 1, 2013 in Frankfurt am Main, Germany. Thousands of protesters are marching to demonstrate against capitalism, European Central Bank debt policy and the exploitation of textile workers in Third World countries, among other issues. (Photo by Sean Gallup/Getty Images)

Kamran Loghman was a developer for weapons-grade pepper spray for the FBI in the 1980s. In 2011, speaking with Amy Goodman on Democracy Now!, Loghman expressed his shock at law enforcement’s use of pepper spray on peaceful protesters. He cited the Occupy Wall Street demonstrations at UC Davis, in New York City, and Seattle. “I saw it, and the first thing that came to my mind wasn’t police or students, was my own children sitting down, having an opinion, and their being shot and forced by chemical agents...I feel it’s my civic duty to explain to the public that this is not what pepper spray was developed for.”

It has been 25 years since Carnegie Mellon professor Scott E. Fahlman, shown in his home office on Monday, Sept. 17, 2007, in Pittsburgh, first used a horizontal "smiley face" in a computer message. To mark the anniversary Wednesday, Fahlman and his colleagues are starting an annual student contest for innovation in technology-assisted, person-to-person communication. The Smiley Award, sponsored by Yahoo!, carries a $500 cash prize. (AP Photo/Gene J. Puskar)

Today, the cartoon image icons used in texting and on social media are called emoji and stickers, but they began with a simple set of characters (colon, dash, close parenthesis) used to represent a smiley face. It was popularized 30 years ago by computer science teacher Scott Fahlman, as a way to say in typed communications, “I’m joking.” In 2013, self-proclaimed fuddy duddy Fahlman lamented, "Sometimes I feel like Dr. Frankenstein," he says. "My creature started as benign but it's gone places I don't approve of."

Mikhail Kalashnikov, developer of the AK-47 automatic assault rifle, found it painful when his weapon was used for criminal purposes, and before he died at the age of 94, in 2013, he reportedly wrote to Patriarch Kirill of the Russian Orthodox church to express his regret about the many deaths his creation made possible.

“The spiritual pain is unbearable,” reads the letter attributed to him.  "...I keep having the same unsolved question: if my rifle claimed people's lives, then can it be that I... a Christian and an Orthodox believer, was to blame for their deaths?"

Church spokesman Alexander Volkov said,  “The Church has a very definite position: when weapons serve to protect the Fatherland, the Church supports both its creators and the soldiers who use it.”