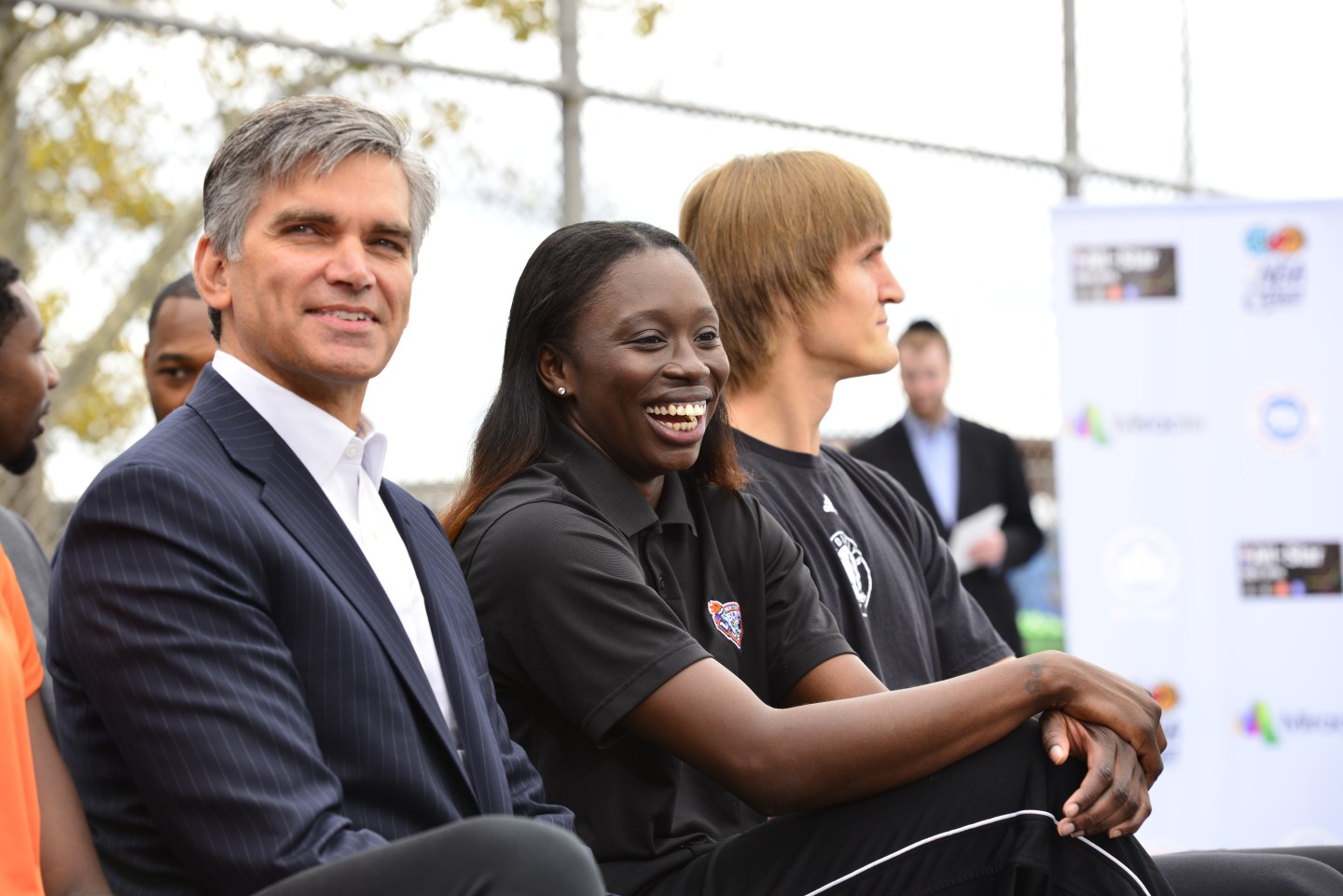 MIDLAND BEACH, NY - SEPTEMBER 22: Tad Smith, Presidne and CEO of the New York Knicks and Essence Carson of the New York Liberty attend the NBA Cares Day of Service for a Court and Playground Dedication Event on September 22, 2014 at Midland Beach in Staten Island, New York. NOTE TO USER: User expressly acknowledges and agrees that, by downloading and/or using this Photograph, user is consenting to the terms and conditions of the Getty Images License Agreement. Mandatory Copyright Notice: Copyright 2014 NBAE (Photo by David Dow/NBAE/Getty Images)
Photoraph by David Dow — NBAE/Getty Images

Auction house Sotheby’s appointed Madison Square Garden Co Chief Executive Tad Smith its CEO, a surprise development that could delay the plans of the owner of the New York Knicks to spin off its live entertainment business.

Sotheby’s said on Monday that Smith, who has led Madison Square Garden for just a year, would replace William Ruprecht on March 31.

Smith has about 25 years of experience, mostly in the media and entertainment business.

“Smith brings what shareholders want, broad-reaching ‘business’ experience rather than luxury or art experience which is what (Sotheby’s) brand and experts already have,” Stifel, Nicolaus & Co analyst David Schick wrote in a note on Monday.

Ruprecht, a 35-year Sotheby’s veteran, had been CEO since 2000. The centuries-old company said in November that Ruprecht would step down once a successor was found.

Sotheby’s, which has been under pressure from activist investors to make big changes to become more competitive, also said it had separated the roles of chairman and CEO. Lead independent director Domenico De Sole will become chairman.

Activist investor Daniel Loeb, whose hedge fund Third Point LLC was Sotheby’s largest shareholder as of May 2014, had asked the company to sell its headquarters on the Upper East Side of Manhattan.

Third Point and Mercator were not immediately available for comment.

Smith’s departure could throw a spanner in Madison Square Garden’s plans to separate its live entertainment business from its sports and media assets.

“It sort of sets (the company) adrift until they get a new leader. And that took a long time last time,” Needham & Co analyst Laura Martin said.