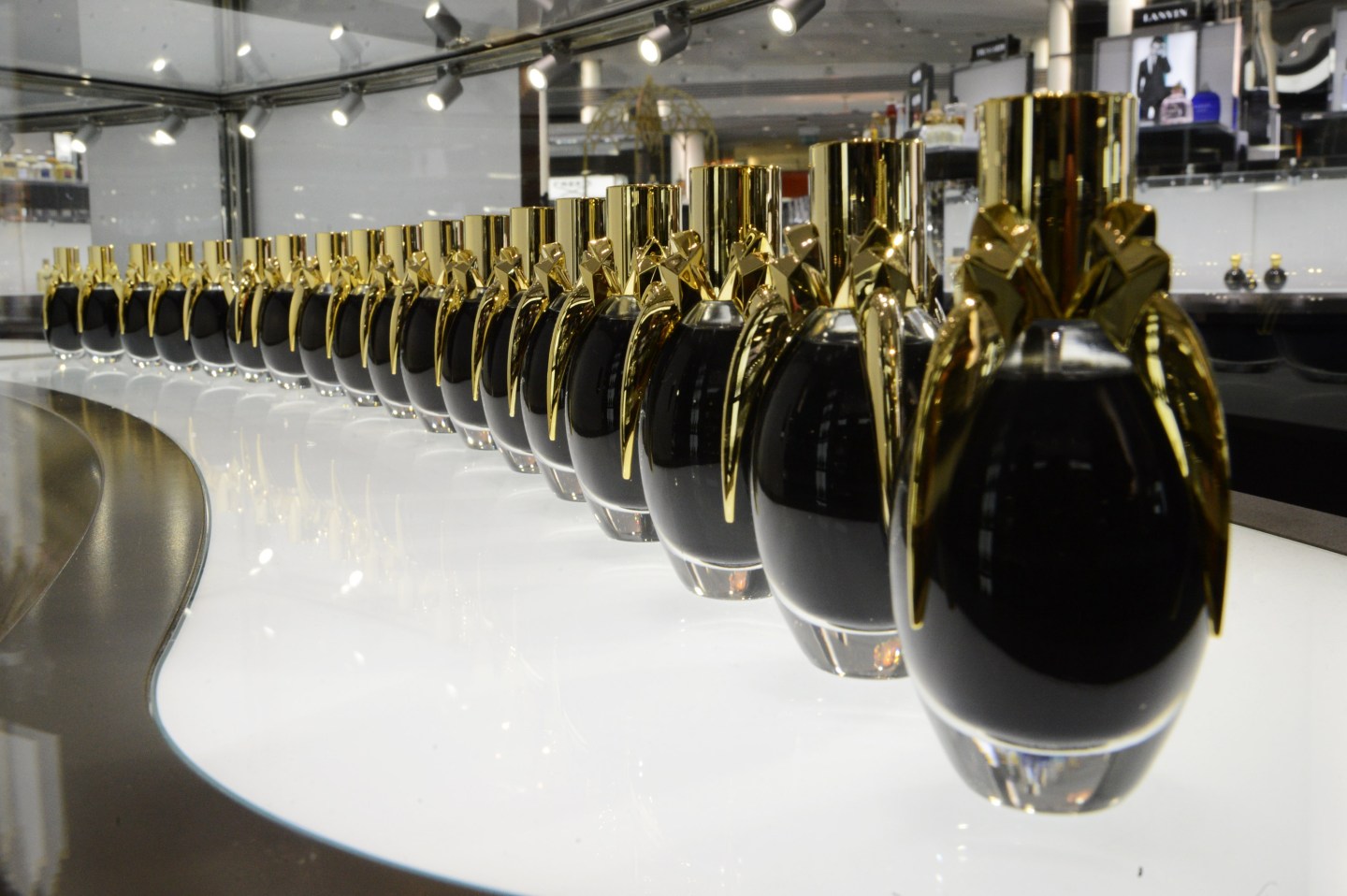 It’s strong, it’s musky and almost animalistic in its sensuality. Some people love it while others find it offensive and gross. We’re not talking about durian, the beloved but smelly southeast Asian fruit but oud – one of the most expensive raw scent ingredients in the world.

Known as oud (or oudh), it comes from the wood of the Southeast Asian agar (aquilaria) tree. When the wood becomes infected with a particular type of mold, the tree reacts by producing a dark, scented resin, which is often called “liquid gold.” “Oud” is used to refer to both the resin-saturated wood (the agarwood) as well as the oil distilled from it. One reason oud is so expensive is its rarity; by some estimates, fewer than 2% of wild agar trees produce it. Experts claim that the very best oud comes from the oldest trees, which are even more scarce.

It can sell for $5,000 a pound – or more. According to the International Journal of Pharmaceutical and Life Sciences, oud oil can cost as much as £20,000 per kilogram (more than $30,000) depending on its purity.

“Oud is astonishingly rare,” says Chandler Burr, the former New York Times perfume critic and author of The Emperor of Scent . “It has a very particular scent and there is nothing like it on the market. It’s dark, rich and opaque.”

The scent is an ancient one that has been used for thousands of years in the Middle East and Asia both at home and in religious ceremonies. The International Journal of Pharmaceutical and Life Sciences states that agarwood, also known as the “Wood of the Gods,” is mentioned as early as the third century AD in ancient China.

In the Middle East, where oud is most common, it is considered a cultural touchstone and highly prestigious. “Oud is so ubiquitous in the Middle East,” says Burr. “Anyone there can recognize its scent immediately.”

Oud is used in wooden incense chips, body oils and fragrance, and is now becoming more popular in the West. According to the NPD Group, sales of oud perfumes are going strong within the prestige fragrance market, which is valued at $3 billion. A 2013 report stated that total oud sales were up by 68%.

In the last few years, both boutique and larger companies have launched fragrances with oud, including Maison Francis Kurkdjian whose Oud Velvet Mood contains cinnamon from Ceylon and oud from Laos and retails for €275 (approximately $298). There’s also Kilian’s Rose Oud ($395) and Christian Dior’s Oud Ispahan ($300), which contains labdanum absolute (also known as Rose of Sharon) and Leather Oud, which contains gaiac wood, cedar and sandalwood. Many of these scents are unisex and are not for the shy and understated. Krigler’s Oud for Highness 75 was created in 1975 for King Hussein of Jordan ($565). Indeed, oud is closely associated with royalty. The British press reported that Prince William was gifted a bespoke scent on his wedding day that contained oud. NPD Group reports that 66% of oud scents are artisanal.

Burr says that Tom Ford’s Oud Wood is his favorite on the market. “It’s absolutely beautiful,” he says. “It takes the oud concept and makes it as literal as possible while still accessible to the west.”

Here’s a look at other oud fragrances and beauty products scented with oud.

Designed by Cartier perfumer Mathilde Laurent, Les Heures Voyageuses is meant to be a tribute to faraway, exotic lands. It is also an homage to the Cartier brothers who embraced the spirit of wanderlust. The collection includes three oud-based fragrances which draw on the Orient: Oud & Oud, Oud & Rose, Oud & Musc.

Yves Saint Laurent’s Oriental Collection of fragrances is meant to inspire an olfactory journey through the Orient, and two of its scents contain oud. The company states that its Splendid Wood is meant to “cultivates the mystery of constantly renewed desires…the fragrance combines fervor and transience, feverish passion and cool distance.” Oud plays a key role here as it “ignites the fragrance with its smoky, sensual accents.” The Majestic Rose scent contains oud, raspberry, saffron and vanilla. The concept is “a sumptuous and opulent rose overcome by the mystery of a smoked woody trail.”

No stranger to sexiness himself, Tom Ford has called oud “one of the most endlessly fascinating ingredients in a perfumer’s palette.” His Private Blend Oud Collection includes fragrances as well as bath and body products, ranging from shower gels and bath soap to perfume and even a deodorant. The Oud Wood fragrance has notes of oud wood, rosewood, Chinese pepper, sandalwood, vanilla and amber, while Tobacco Oud combines smoking aromatic tobacco. The Oud Wood bath soap is hard-milled and a deep grey color.

Pamper your tresses and enjoy a whiff of oud courtesy of PHILIP B., who offers an oud haircare collection. The Forever Shine Shampoo and Conditioner contain botanicals and mongogo oil as well as pure oud essence which adds a warm, woody scent. The collection also includes a gel, thermal protection spray and a curl enhancer.

This cult-favorite British company is known for its scented hand lotions and soaps which are de rigeur in boutique hotels and restaurants around the world. Molton Brown’s Oudh Accord & Gold collection is meant to evoke the “steamy depths of a spiced forest in Assam, Northern India,” the birthplace of oud. The heady scent is available in a candle, body lotion and body wash.