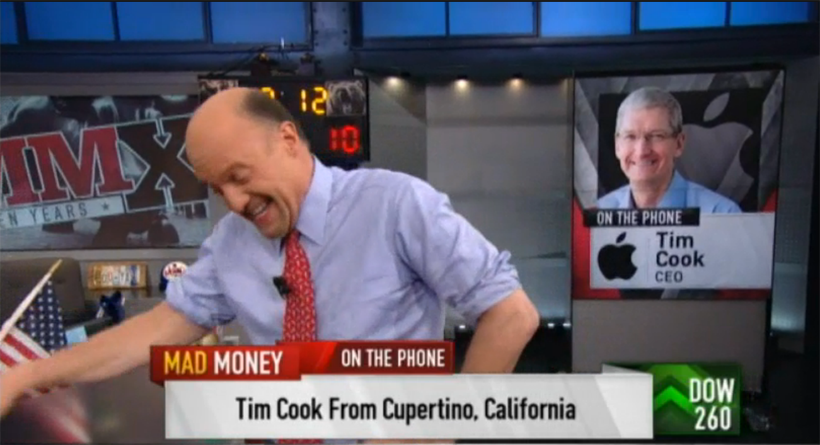 Mad Money‘s Jim Cramer says he didn’t know when he took an on-air call from “Tim in California” that the caller was Apple CEO Tim Cook — and we must take him at his word.

He certainly seemed surprised. He’s blown hot and cold on Apple over the 10 years the show has been on the air, but he had nothing but praise on Thursday. “I want to congratulate you for running the greatest company on earth,” he gushed, “and for creating such amazing wealth and the best products on earth!”

Cook, meanwhile, used the opportunity to promote those products and to offer a few updates:

Below: The 8-minute episode.