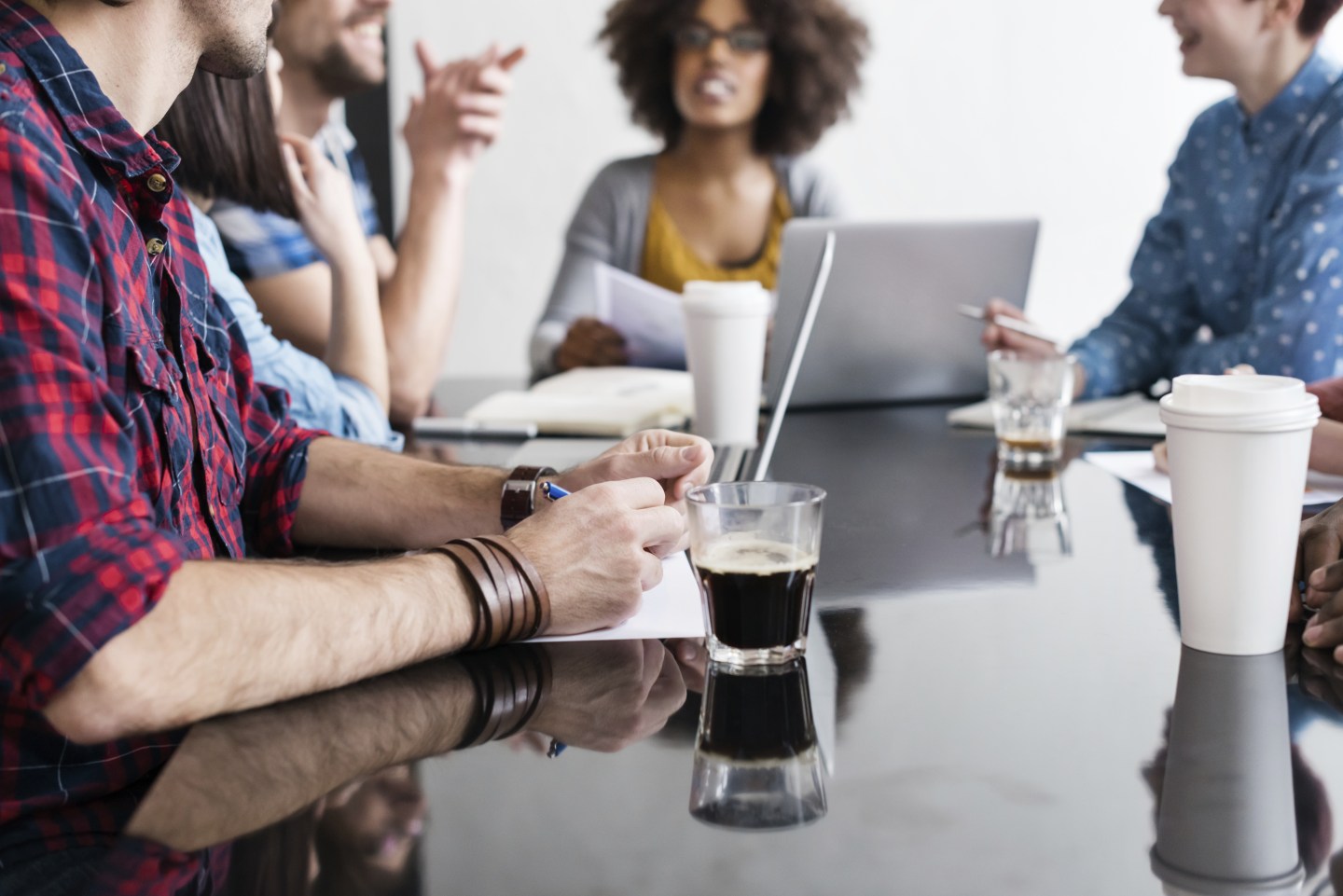 Answer by Vivek Raj on Quora.

They have calm, consistent morning routines.

Too many books and courses on personal success act like we’re robots, and completely overlook the enormous power of our emotions. The less frenzied emotions we have at the start of the day, the less we will have all day. Because when we start the day in a calm, mindful state, it’s easy to focus and get the right things done.

But when we wake up and stress is already upon us – phones ringing, emails and texts dinging, fire alarms going off – you spend the whole day reacting, instead of being proactive. This means you’re not in the driver’s seat working on your priorities – the things that drive success – you’re simply responding to what gets thrown at you, whether it’s important or not.

Try to have the first hour of your day vary as little as possible. A trusted routine can be extremely effective in helping you feel in control and non-reactive, which reduces anxiety and stress, and therefore makes you more mindful and competent. The bottom line is that how you start the day has an enormous effect on your overall effectiveness.
They eliminate all needless busywork.

At some point we all wonder, “Why is it so impossible to get everything done?” But the answer is stunningly simple: We’re doing too many of the wrong things.

Several research studies have shown that people never get more done by blindly working more hours on everything that comes up. Instead, they get more done when they follow careful plans that measure and track key priorities and milestones. So if you want to be more successful and less stressed, don’t ask how to make something more efficient until you’ve first asked, “Do I need to do this at all?”

Simply being able to do something well does not make it the right thing to do. I think this is one of the most common problems with a lot of time-management advice; too often productivity gurus focus on how to do things quickly, but the vast majority of things people do quickly should not be done at all.

If you think about it, it’s actually kind of ironic that we complain we have so little time, and then we prioritize like time is infinite. So do your best to focus on what’s truly important, and not much else.

They do what needs to be done, today!

While everyone else is talking about it, successful people are quietly doing it. I’ve said it before and I’ll say it again: It doesn’t matter if you have a genius IQ and a PhD in Quantum Physics, you can’t change anything or make any sort of real-world progress without taking action. There’s a huge difference between knowing how to do something and actually doing it. Knowledge and intelligence are both useless without action. It’s as simple as that.

They gradually turn life’s obstacles around.

Many of the most iconic novels, songs and inventions of all time were inspired by gut-wrenching pain and heartbreak. Therefore, the silver lining of these great challenges is that they were the catalyst to the creation of epic masterpieces.

An emerging field of psychology called Post-Traumatic Growth has suggested that many people are able to use their hardships and traumas for substantial creative and intellectual development. Specifically, researchers have found that trauma can help people grow in the areas of interpersonal relationships, contentment, gratitude, personal strength, and resourcefulness.

When our view of the world as a safe place, or as a certain type of place, has been shattered, we are forced to reboot our perspective on things. We suddenly have the opportunity to look out to the periphery and see things with a new, fresh set of beginner’s eyes, which is very conducive to personal growth and long-term success.

They learn by stretching themselves to their limits.

You learn best when you’re stretching yourself beyond your previous level of comfort.

Sure, getting into a routine is great. “Flow” is great too. But neither is the best way to learn. You want to be stretched to the edge of your ability sometimes. It needs to be hard and uncomfortable. That’s how your brain grows. We learn when we’re in our discomfort zone.

When you’re struggling, that’s when you’re growing stronger and smarter. The more time you spend there, the faster you learn. It’s better to spend an extremely high quality ten minutes growing, than it is to spend a mediocre hour running in place. You want to practice at the point where you are on the edge of your ability, stretching yourself over and over again, making mistakes, stumbling, learning from those mistakes and stretching yourself even farther.

They turn to their intuition when making tough decisions.

Intuition is very real and something that is never wise to ignore, because it comes from deep within your subconscious and is derived from your previous life experiences. If everyone else is telling you “yes” but your gut is telling you otherwise, it’s usually for a good reason. When faced with difficult decisions, seek out all the information you can find, become as knowledgeable as you possibly can, and then listen to your God-given instincts.

They mindfully focus on the positive.

As Shawn Achor describes in his book The Happiness Advantage, a recent scientific study showed that doctors who are put in a positive mood before making a diagnosis consistently experience significant boosts to their intellectual abilities than doctors in a neutral state, which allows them to make accurate diagnoses almost 20% faster. The same study then shifted to other vocations and found that optimistic salespeople outsell their pessimistic counterparts by over 50%. Students primed to feel happy before taking math tests substantially outperform their neutral peers. So it turns out that our minds are literally hardwired to perform at their best not when they are negative, or even neutral, but when they are positive.

Of course, that’s not to say that successful people never get upset, but your effectiveness in all walks of life will fare better if you’re able to mindfully accept and let go of negative emotions, rather than dwelling on them. Think a little less about managing your problems and a little more about managing your mindset. Keep it positive.

They create visual reminders of their long-term goals.

To combat this, successful people create tangible reminders that pull them back from the brink of their weak impulses. A friend of ours who has paid off almost $100K of debt in the past five years has a copy of his credit card balance taped to his computer monitor; it serves as a constant reminder of the debt he wants to pay off. Another friend keeps a photo of herself when she was 90 pounds heavier on her refrigerator as a reminder of the person she never wants to be again. And another fills his desk with family photos, both because he loves looking at them and because, when work gets really tough, these photos remind him of the people he is ultimately working for.
Think of moments when you are most likely to give in to impulses that take you farther away from your ultimate goals. Then use visual reminders of those goals to interrupt the impulse and keep you on track.

They keep some kind of personal notebook.

Successful people track their progress, set goals, reflect, and learn from their mistakes. And they often use some kind notebook to accomplish this. If you want to get somewhere in life, you need a map, and this notebook is that map. You can write down what you did today, what you tried to accomplish, where you made mistakes, and so forth. It’s a place to reflect. It’s a place to capture important thoughts. It’s a place to be able to track where you’ve been and where you intend to go. It’s one of the most underused, yet incredibly effective tools available to the masses.

They have mentors they observe and consult with.

Regardless of what you’re trying to achieve, you cannot do it alone. It can be hard to learn from books. And sometimes the Internet makes it difficult to separate truth from fiction. You need someone who has been where you want to go to show you the ropes – your own personal mentor or coach.
Yes, 10,000 hours of diligent practice can make you an expert, but what makes you dedicate 10,000 hours to something in the first place? The answer is having a great mentor or two. If you study the lives of enough successful people, it becomes obvious that most world-class performers in all fields – athletes, musicians, entrepreneurs, artists, etc. – had incredible mentors, coaches or role models who made the activity of practice worthwhile and rewarding.

And sometimes just observing a mentor works wonders too. When we observe someone we want to learn from and we have a crystal clear idea of what we want to create for ourselves, it unlocks a tremendous amount of motivation. Human beings are socially inclined, and when we get the idea that we want to join some elite circle up above us, that is what really motivates us to achieve greatness. “Look, they did it. I can do it too!” It may sound overly simplistic, but spending time studying people who are great can be one of the most powerful things you can do for yourself.

They welcome honest feedback and criticism.

“To avoid criticism say nothing, do nothing, be nothing.” That’s what Aristotle said. And obviously, he was being facetious. If you are being criticized for doing, saying or thinking something that’s out of the ordinary. Good. That means you’ve taken a stand for something sometime in your life recently. And that’s a huge part of being successful.
Follow in the footsteps of enormously successful people by learning to effectively process the criticism you receive. Hateful and negative criticism should be received, assessed, and then let go, while constructive criticism should be evaluated and acted upon. Solicit feedback from people whose opinions you value – people who have been where you want to go. And remember to be gracious when receiving feedback; when you are, all the people around you will be more likely to give you their support and honest insight in the future. (Read The 7 Habits of Highly Effective People.)

They keep their pride in check.

Last but not least…
To admit they made a mistake. To say they are sorry. To know that they can’t possibly know it all. To have big dreams. To admit they owe their success to others too. To poke fun at themselves from time to time. To ask for help when they need it.

To make mistakes and fail. And to try again, willingly. There are no permanent jobs or absolutes on this planet. We are all just interning and exploring here. Learn from everyone, remain humble, and don’t forget to have a good time along the way.

That’s what successful people do.

This question “What are the best-kept secret of business people?” originally appeared in Quora.