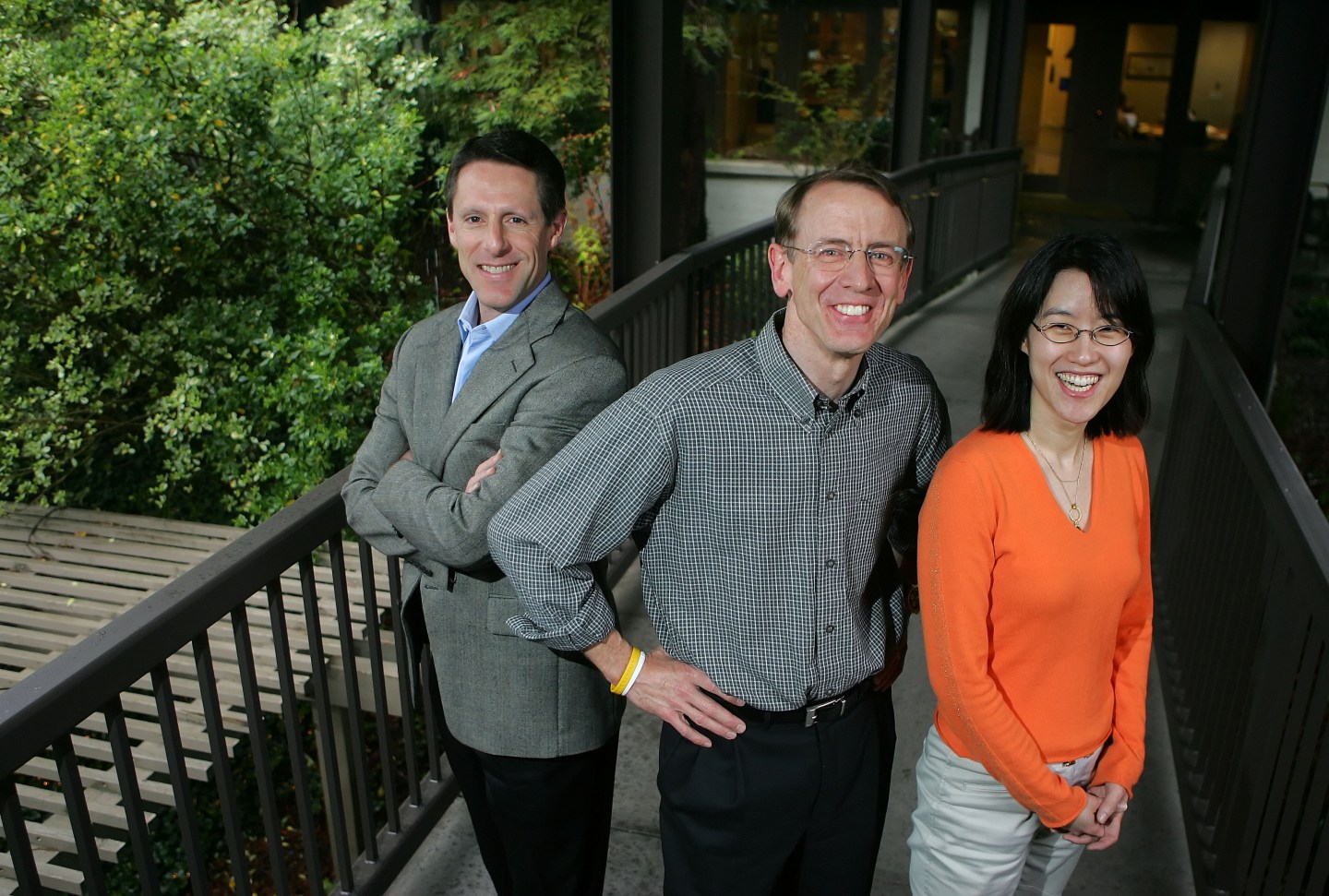 Several weeks into the widely-watched trial of famed venture capital firm Kleiner Perkins Caufield & Byers versus former employee Ellen Pao, we’ve heard horror stories of VCs acting badly (in a bathrobe!) and gotten a peek into Sand Hill Road salaries. But, of particular interest to me, has been discussion of the firm’s audacious bet on, and later abandonment of, clean technologies.

While Kleiner’s transitions into and out of cleantech have been written about before, the trial has provided us with much rawer details. It also has raised serious questions about whether the firm’s failure in the sector is more about its own internal management troubles than the sector itself. This could be an important distinction, given that Kleiner’s cleantech struggles were viewed as a broader indictment of Silicon Valley’s aptitude for investing in cleantech.

Pao is one of several key players in the lawsuit — others include Ajit Nazre, Ray Lane, John Doerr and Trae Vassallo — who worked on cleantech for Kleiner at various points in time. As of the mid-2011, the firm had at least 14 active cleantech investors, so almost one-third of them are being discussed in court. (I’d like to thank Liz Gannes at Recode who’s been live-blogging the trial over the weeks and where many of my court details come from.)

In case you haven’t been following the trial closely, Pao filed a lawsuit in early 2012 alleging that Kleiner had engaged in gender discrimination and retaliation. The background is that she had a brief affair with the married Nazre in 2006 and she says Nazre later retaliated against her for ending it. Pao adds that she complained to several senior partners, including Ray Lane, but that her complaints weren’t dealt with adequately.

John Doerr, who joined the firm in 1980 and is considered its unofficial leader, was one of the chief decision makers when it came to helping lead Kleiner to invest one-third of three funds into cleantech startups. He famously got teary-eyed during a TED talk about greentech in 2007.

Pao joined Kleiner in 2005 as Doerr’s chief of staff and, according to a performance review, set up three summits for the firm about climate change (the Greentech Innovation Network). She also helped get Kleiner “up to speed on green technologies” and one of her few portfolio board seats was with environmentally-focused Lehigh Technologies. During the court hearings, her interpersonal skills while on that board were called into question.

Pao also worked with V-Vehicle and she disclosed in court that she was the one that helped connect V-Vehicle with Google Ventures and energy magnate T.Boone Pickens for further investment. She also worked with Doerr helping out digital energy company iControl.

During their brief affair, Nazre and Pao were working on greentech together and both were working with Lane. Nazre was a frequent speaker at cleantech conferences and sat on an advisory board for carbon software company Hara.

Nazre was promoted to a senior partner in 2008, and a little over three years later was let go after Vassallo’s accusations were found to be valid by an internal Kleiner investigation. Nazre allegedly was referred to by a Kleiner exec during the hearing as a “sexual predator,” and Pao is quoted as describing him as having “personal issues” and being “very, very lost.”

Vassallo, who ended up later helping lead Kleiner’s green group and was promoted to senior partner in 2012, helped bring in some of the firm’s only successful energy deals — Opower (OPWR), which went public last yar, and Nest, which was bought by Google (GOOG) for $3.2 billion.

Vassallo said in court that Nazre had harassed her by touching her with his leg under a table at a restaurant. She noted wryly in court early on in the trial that Nazre had “made it clear he was not there to talk green tech technology.”

She complained about Nazre to Lane, who allegedly responded that she “should be flattered.” While Lane disputed that he had made that comment in court, he did somewhat admit that he had mishandled her sexual harassment claim.

Lane also struggled to handle the issues between Pao and Nazre. The senior partner allegedly told Pao to delete an email where he had advised her to “move forward” and talk to Nazre about “working together.”

Vassallo and Pao also say that, for part of an annual offsite meeting, they were placed in a back row and asked by Lane to take notes. Both were insulted and declined to do so. Doerr was quoted in court as saying that the situation was unfortunate.

Pao moved to the digital team in 2010. In a self-review, she said that she tried to get Kleiner to invest in Twitter (TWTR) at an early stage but the firm declined (it later invested at a much higher valuation). That’s an important point because many have noted that Kleiner focused so much on its greentech portfolio that it missed the next-generation of mobile, social and Internet investments, which have consistently seemed to deliver returns faster and more easily than greentech.

Kleiner’s transportation investments, led by Lane, were particularly weak, even by difficult greentech standards. But many of Kleiner’s other cleantech investments struggled too, like its investment in solar panel maker Miasole and solar thermal startup Amonix.

In 2013 I wrote about how if Fisker sold for $20 million that would be an over 99% discount from its peak valuation. When I published a related tweet, Pao actually favorited it.

During the trial, Doerr has discussed how when Kleiner started raising its 15th fund, it decided to start moving away from cleantech. He said: “Heading into KPCB 15 and DGF1, we felt it was time to refresh, renew and reorganize the partnership. By ‘refresh,’ we meant let’s recommit to delivering really high returns for our limited partners and let’s reimagine how it is we’re going to do that.”

As a result of that decision Lane and fellow greentech-focused partner Bill Joy were not included in Fund 15. Doerr explained it in court as “They wanted to make sure there was room around the table to see how younger partners would turn out. We were in the process of downsizing the firm.” He didn’t mention Lane and Joy’s investment records.

During this transition, Vassallo also was not included on the next fund. Doerr said at trial – which is one of the first times I’ve heard him admit this – that it was because the firm had “downsized the green.”

Cleantech investing has no doubt been difficult for all of Silicon Valley, which is why there are so few VCs left backing it. But the interpersonal and management issues disclosed during this trial show that there were deeper issues at Kleiner beyond betting on the wrong sector. That a partner working in cleantech was found to have harassed a fellow partner and had an unhealthy relationship with another — plus that these issues weren’t dealt with properly by superiors — clearly didn’t make for a strong working environment. This was the same management team at the same time that led to the colossal and embarrassing mistake that was Fisker Automotive.

That Kleiner generated disappointing returns from cleantech is clear. What isn’t so clear is that the blame lies with cleantech itself. Based on what we’ve seen in court, it may be more about Kleiner.

Correction, March 17, 2015: An earlier version of this article incorrectly stated that Ellen Pao sat on only one corporate board while at Kleiner Perkins. She sat on at least two.