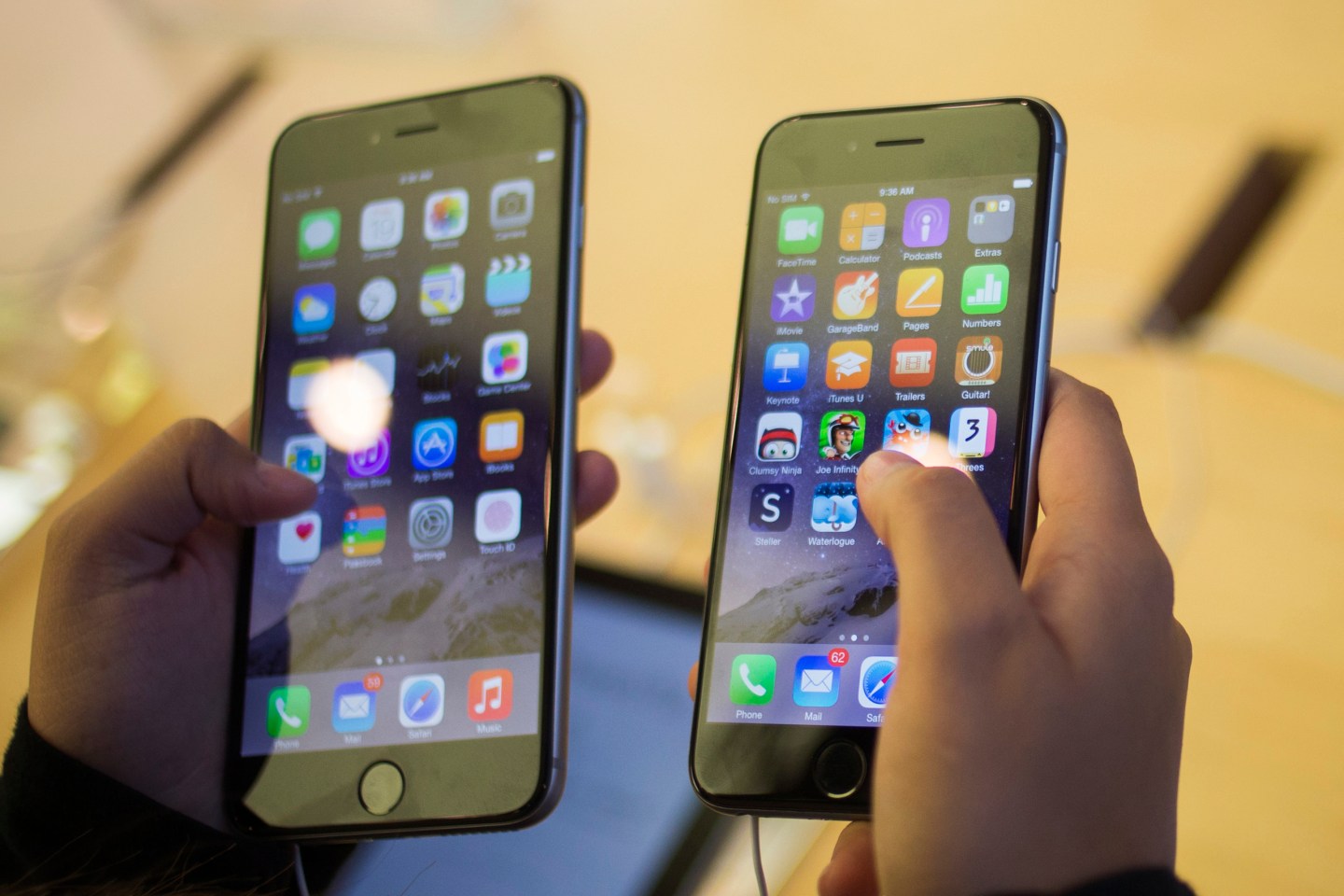 A customer holds an iPhone 6 (R) and iPhone 6 Plus after the phones went on sale at the Fifth Avenue Apple store in Manhattan, New York September 19, 2014. Apple latest phone lured throngs of gadget lovers, entrepreneurs and early adapters to its stores in New York, San Francisco and other cities around the world in the latest sign of strong initial demand for the new, larger generation of iPhones. REUTERS/Adrees Latif (UNITED STATES - Tags: BUSINESS SCIENCE TECHNOLOGY TELECOMS) - RTR46YUC
Photograph by Adrees Latif — Reuters

The App Store outage began early Wednesday and has lasted through early Wednesday afternoon as of press time. During the outage, users haven’t been able to buy new iPhone apps or make in-app purchases with the software they already own.

In a January press release, Apple said the app store generated more than $10 billion for developers in 2014. Breaking that figure down suggests iOS developers made an average of $1.14 million per hour last year. The App Store has been down for about eight hours, so that translates into $9.12 million in lost revenue as a ballpark estimate.

One caveat: The App Store outage hasn’t hit all geographic areas equally, so this estimate could be on the high side.

The App Store outage is being caused by a Domain Name System (DNS) issue, Apple told Mashable. DNS is essentially a phonebook for the Internet, helping web browsers find the proper website when users type in an alphabetical domain name, like www.apple.com. DNS problems are hardly rare, and they can often take hours to resolve.

App Store developers earned a collective $25 billion from apps and games for the iPhone and iPad, Apple said in January. Apple customers spent nearly a half-billion dollars on iOS apps in the first week of 2015, setting a new company record.