This is the most popular private jet route in the world 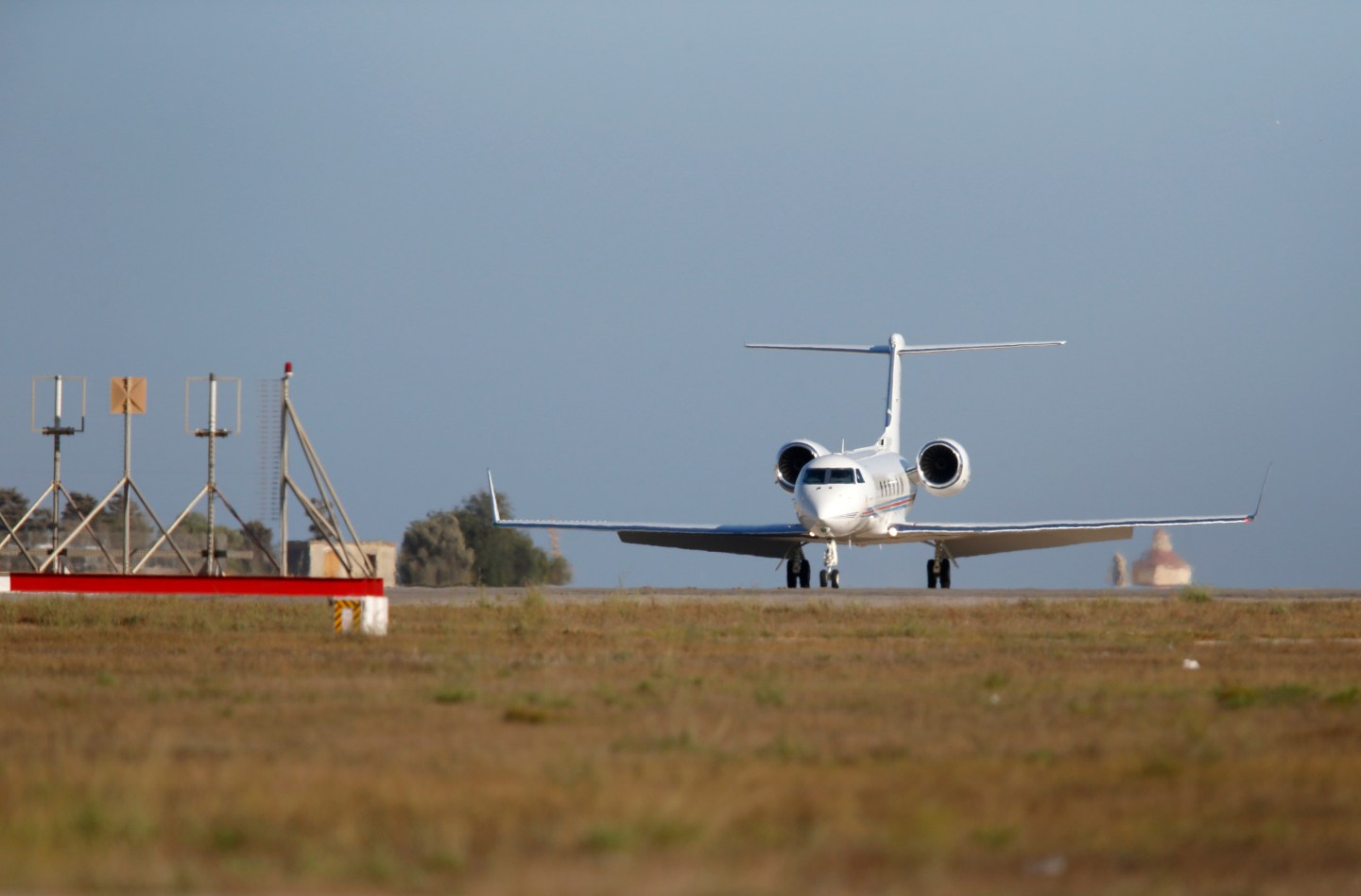 A Gulfstream G450 private jet with U.S. actor Brad Pitt onboard arrives at Malta International Airport outside Valletta September 1, 2014. Pitt will be joining his wife and co-star Angelina Jolie on the Maltese island of Gozo to make the movie 'By the Sea', their first film together since 'Mr and Mrs Smith' in 2005, according to local media. REUTERS/Darrin Zammit Lupi (MALTA - Tags: ENTERTAINMENT TRANSPORT) MALTA OUT. NO COMMERCIAL OR EDITORIAL SALES IN MALTA - RTR44K3U
Photograph by Darrin Zammit Lupi — Reuters

The most popular private jet route in the world is a flight from Moscow to Nice/Cote d’Azur in France, according to a new report.

Rounding out the top five, according to the so-called “Wealth Report,” an annual survey produced by the real estate consultancy Knight Frank, are Miami to New York, New York to Los Angeles, New York to West Palm Beach and London to New York. The frequency of flights are based on data from 2013.

While the Russia-France route is the most popular for the world’s richest, the U.S. “remains the world’s most important private jet market,” Knight Frank says. That’s because 60% of the world’s private jet traffic starts and ends in the United States.

There’s also a gender divide among travelers who use private planes: More than 80% of private jet passengers are men, the report says. And the most common travelers are in the 40-55 age range, with private entrepreneurs being the most frequent flyers.