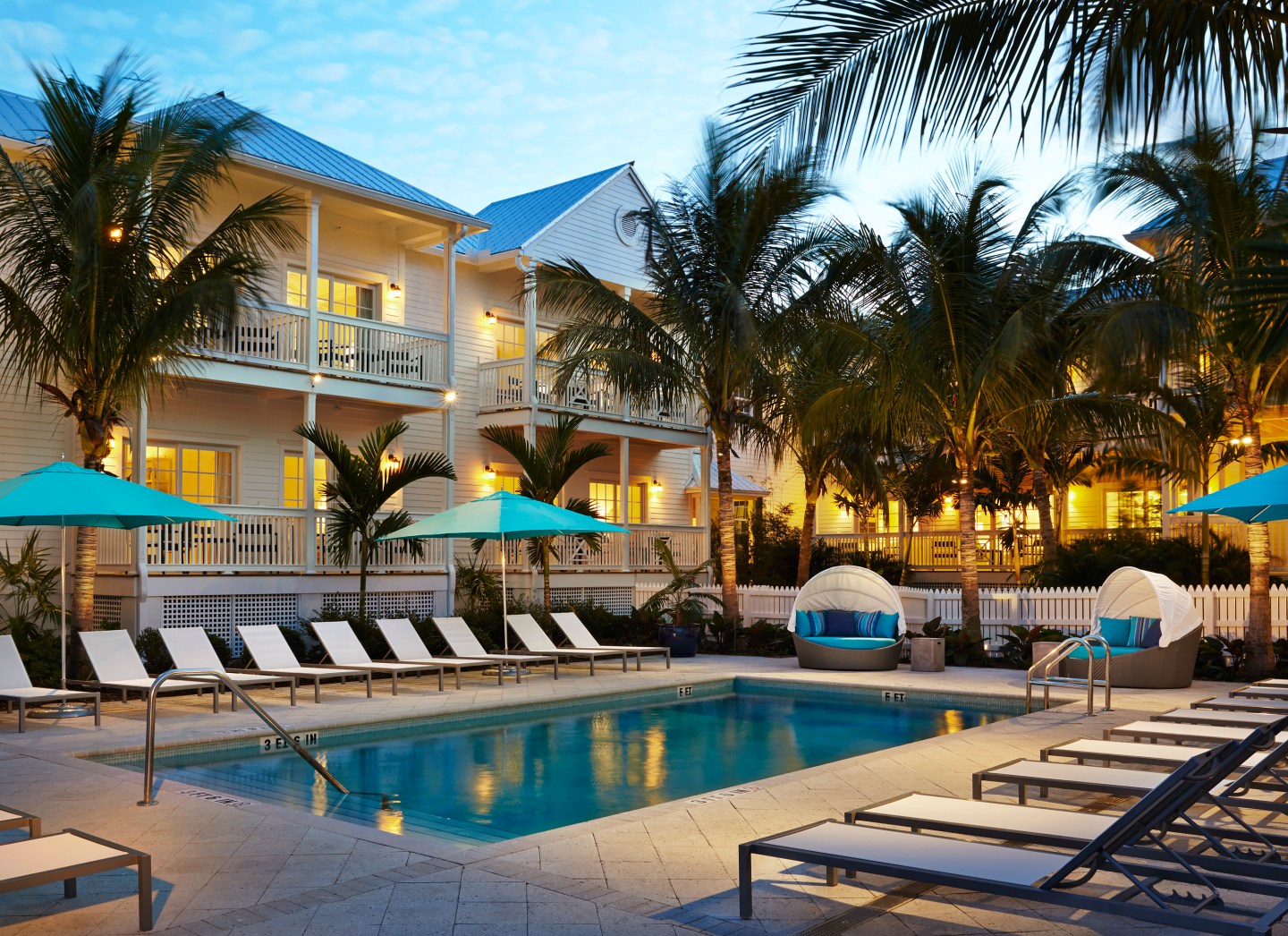 Brantley Photography—Courtesy of the Marker

Mainland Florida fades away in the rearview as you pull onto the Overseas Highway and the mile markers begin their tantalizing countdown: 127… 110… 81… They go all the way down to 0, Key West, where the 96-room Marker, the town’s first new hotel in over 20 years, just opened in December.

“Key West is a tiny island with not much available real estate remaining,” explains David McCaslin, president of Northwood Hospitality, which opened the Marker in partnership with Singh & Co. “There is also a standing rate of growth ordinance in Monroe County, which includes all of the Florida Keys, that sets high barriers to entry for hotel developments and has kept competitive supply off the market.”

In 2014 Key West had the highest hotel occupancy rate in the county and was in the top ten of in a hotel metric called RevPav (revenue per available room). Translation: Here, even the DoubleTrees and Best Westerns act baller with winter rates toppling $300. Big brands (Sheraton, Hyatt, a pair of Waldorfs) line the key’s thin, sandy perimeter, while guest cottages, retrofitted motels and B&Bs dot the streets of Old Town. McCaslin says, “The Marker fills a very large hospitality void in the destination,” ticking off buzzwords like independent, authentic, boutique, luxury. Unlike the big players (corporate) and the B&Bs (froufy), the Marker “is distinctly Key West but with a modern, contemporary approach.”

With white siding, green shutters and picket fences, the low-rise Marker has the looks of a tasteful condo village as it rises from two acres on the north side of the island where William Street dead-ends at the historic seaport. There’s no beach, but three pools (one adults-only) sheltered in a scrum of coconut palms, and the ocean-view rooms’ vistas of the boats bobbing in the marina are a postcard come to life. Other rooms, stacked like cake layers across the two-story structure, face the gardens and pool, but regardless of view, every accommodation here features sliding-glass doors that lead onto a white wood-framed porch. Inside, coral-print pillows, topaz blankets and wave-pattered carpets subtly channel the sea, while modern lines and a stark white backdrop help to avoid a she-sell-seashells cliché. Framed botanical prints tie into the green palms peeking over the balconies.

Art and nature continue to interlope throughout the hotel: Pelican-topped totem poles by Adam Russell guard the front entrance. John Martini, another Key West artist, has a sculpture installation of native animal species. A cat statue references the six-toed felines that roam the Hemingway museum. Speaking of Hemingway, there’s plenty of Key West Legal Rum (distilled down the street) at the resort, both in the minibars and the poolside bar. Cero Bodega, the onsite Latin restaurant does Key lime-honey-buttered brioche French toast in the morning, Margherita flatbreads in the afternoon and grilled local lobster at night.