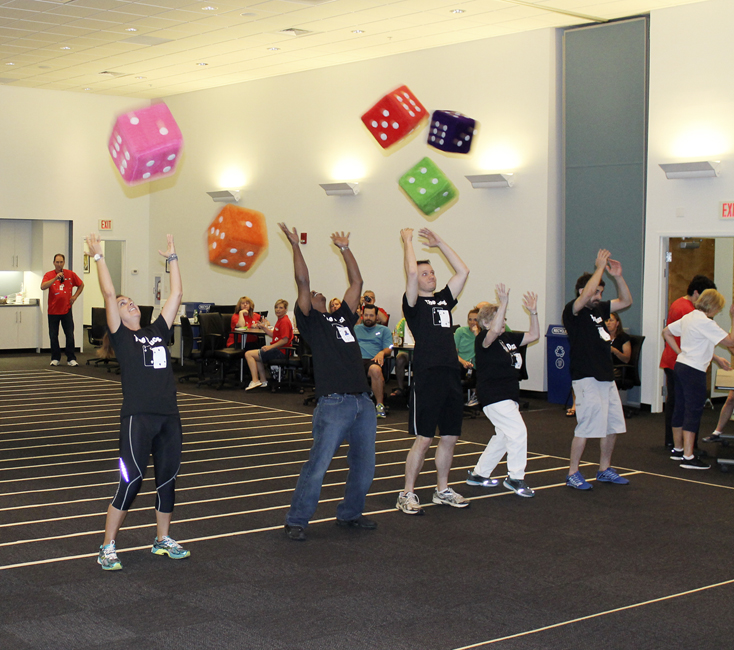 Gore-Tex fabric is certainly W.L. Gore’s best-known product, but it is just one of many in a diverse portfolio that includes vacuum filters, microwave cable assemblies, guitar strings, dental floss, acoustic vents for cellphones, and even medical devices to treat heart defects. If it were publicly traded, the $3.1 billion private company would appear at No. 712 on the Fortune 1,000. But Gore-Tex is not the only thing this company is known for—it’s also famous for making employees deliriously happy.

Appearing at No. 17 on this year’s list, Gore has earned a spot on Fortune’s 100 Best Companies to Work For list every year since 1998, and workplace experts have long studied and replicated the Delaware-based company’s people practices. “We’re quite proud of that,” says CEO Terri Kelly. “You can have a blip, a one-off good year. But for us it’s all about sustaining that over time.” Longevity, it seems, is a company hallmark: Full-time voluntary turnover is a very low 3%.

But don’t confuse Gore with Google or Twitter. Today the word “culture” is often equated with free perks, like lunches or massages. Gore’s HR team says it has a “conscious culture,” one that Malcolm Gladwell used as a case study in The Tipping Point and that hasn’t changed much since 1958, when Wilbert “Bill” Lee and Genevieve Gore created the company.

The founders sought to combat the traditional notion of management. Instead of a typical corporate structure, Gore has no rigid hierarchy but is instead a unique organization described by Bill Gore as a “latticework” of strong interconnected talents woven together like a tapestry, or—if you want to go there—like an impermeable textile. Managers are called “leaders,” who oversee teams and divisions, and all employees are known as “associates.” Yes, it has a CEO, but Kelly says she doesn’t like the term. The thinking, she says, is to “empower the individual. That scares a lot of companies because you think you’ll lose control.”

And unlike many other, newer companies focusing on culture, Gore shirks the perks that are showered liberally on many of the other 100 Best Companies. Its headquarters doesn’t have foosball tables or napping pods. “We had culture before ‘culture’ was a buzzword,” says Leslie Nachbar, an associate in fabrics who has been at Gore for five years and says she’d be happy to stay forever. “It’s authentic. It’s not a façade or marketing strategy.”

Making culture authentic requires buy-in from the entire workforce. Betty Snyder, a board member and one of five children of the founders, says the company has earned that over time. “Values continue on through the life of the organization,” she says, “and it can take an earthquake to change them. We have a value system that looks at results not only in monetary terms but also in emotional terms. And once you’ve been here awhile, you become an advocate.”

Faith in the culture naturally leads to employee loyalty. Gore was Terri Kelly’s first employer after graduating from the University of Delaware; she’s never had another. When she became CEO in 2005, after 22 years, she says, “It shocked the heck out of me.” Leadership opportunities at Gore are based on how much of a “followership” someone has among co-workers. Gore also uses peer assessments to determine compensation.

Matt Schreiner, an associate in fabrics, has worked at Gore for more than 20 years and says peer camaraderie is key. “People here really enjoy getting up and coming in to work every day. I know that sounds clichéd, but it’s an uplifting space.” In his work at the footwear division, interacting with companies like Nike and Timberland, he constantly hears feedback that there is “something special about people from Gore.”

To be sure, the company says it is always looking for ways to grow. Case in point: Over the past 57 years it has expanded overseas, with manufacturing facilities in Germany, the U.K., Japan, and China, and it now counts 6,500 employees globally. But Gore in 2015 is not so different from Gore four decades ago, and Snyder wants to change that. The company prides itself on the informal reporting structure—more senior people have abstract “higher water lines” instead of fancier titles—but it also aims for more clarity. And although Snyder says Gore’s physical spaces are “utilitarian, not showy,” the company loves to tout its “capability center” in Delaware, which opened in 2007 and was designed with help from IDEO. Part corporate museum, part interactive science center, it’s where the company conducts meetings with potential partners. Two more capability centers are planned, for Tokyo and Germany.

As part of a “strategy refresh” last year, the company divided staff into two groups for separate surveys and candid discussions about how they fit into the company’s culture. The split was generational: Older veterans—“I call them ‘The Wise,’ ” says Kelly—and younger employees (think millennials). The results helped Kelly rethink the needs of staff. For example, Gore is known for having lifers who stay for their entire careers, but it can’t assume nowadays that young folks want that kind of path. In the past, at meetings, every associate would go around the table and say how many years he or she had logged at the company. No more. “What we realized is that that really turns people off,” says Kelly. “Young associates might think, ‘Geez, I’m not going to have any credibility until I’ve been here 30 years!’ ”

As for Gore’s use of internal technology, the younger generation “had some things to say that kind of you hit in the stomach. We had been very behind with adopting technology—iPhones and iPads and workflow apps—and using them to help teams move faster and communicate,” says Kelly. As part of the refresh, Gore partnered with Silicon Valley–based Institute for the Future in an effort to modernize. Kelly says that Gore is aiming to become more connected, but cautiously and carefully—a strategy that founders Bill and Genevieve, employees say, would definitely approve.

Check out W.L.Gore’s perks on our 100 best companies to work for list here.