Kate Upton, Game of War, and one enormous ad spend 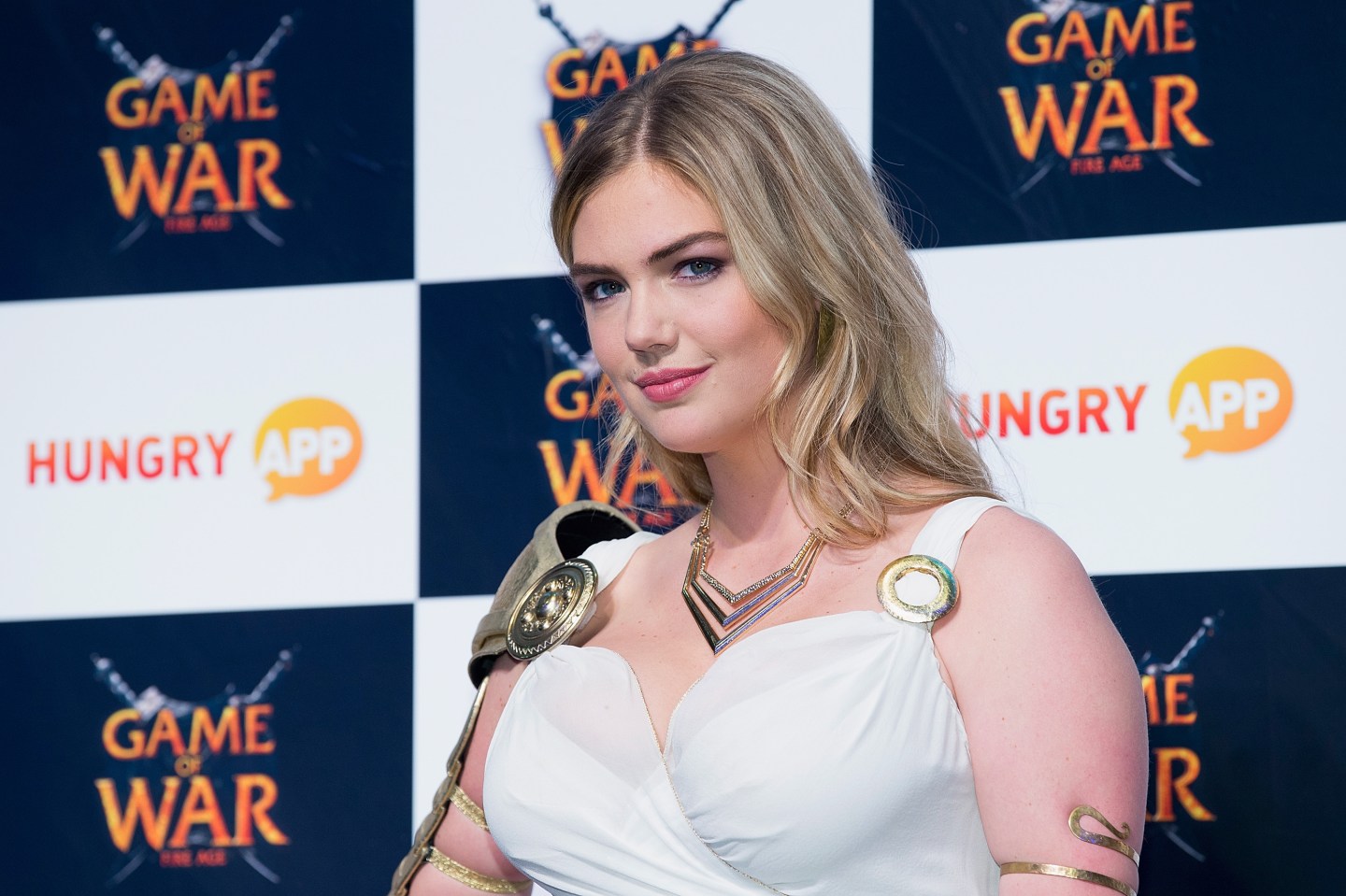 Supermodel Kate Upton has been donning armor these last few months as the spokeswoman for the mobile title Game of War: Fire Age. In a Bloomberg feature published Thursday, it’s reported that the title’s parent company, Machine Zone, set aside $40 million for the four-month campaign featuring Upton.

Upton featured in an advertisement played during the Super Bowl, which saw downloads for the mobile game surge and pass its main competitor, Clash of Clans, in the Apple App Store rankings. (Check out the 30-second spot here, which has since garnered over 7 million views on the Game of War’s YouTube page.) Since then, however, Clash of Clans remains more popular at No. 31 for top free apps in the App Store. Game of War is No. 77.

Game of War is raking in cash, too. In fact, Bloomberg reported it is collecting more than $1 million per day, double the amount last spring. The reason? Though the game is free to download, in-app purchases that add up quickly.

Upton tweeted about her involvement”

So amazing to be in the #GameofWar #SuperBowl commercial! See the full version below and let me know what you think! https://t.co/s05NDAwIOm

Game of War’s success comes as spending for mobile video games is quickly rising. In fact, the Wall Street Journal reported last summer that Machine Zone expected to earn over $600 million in 2014. There were also talks with JPMorgan Chase of fundraising at a $3 billion valuation, Bloomberg reported.