For $30K, your dog could have a house with a hot tub 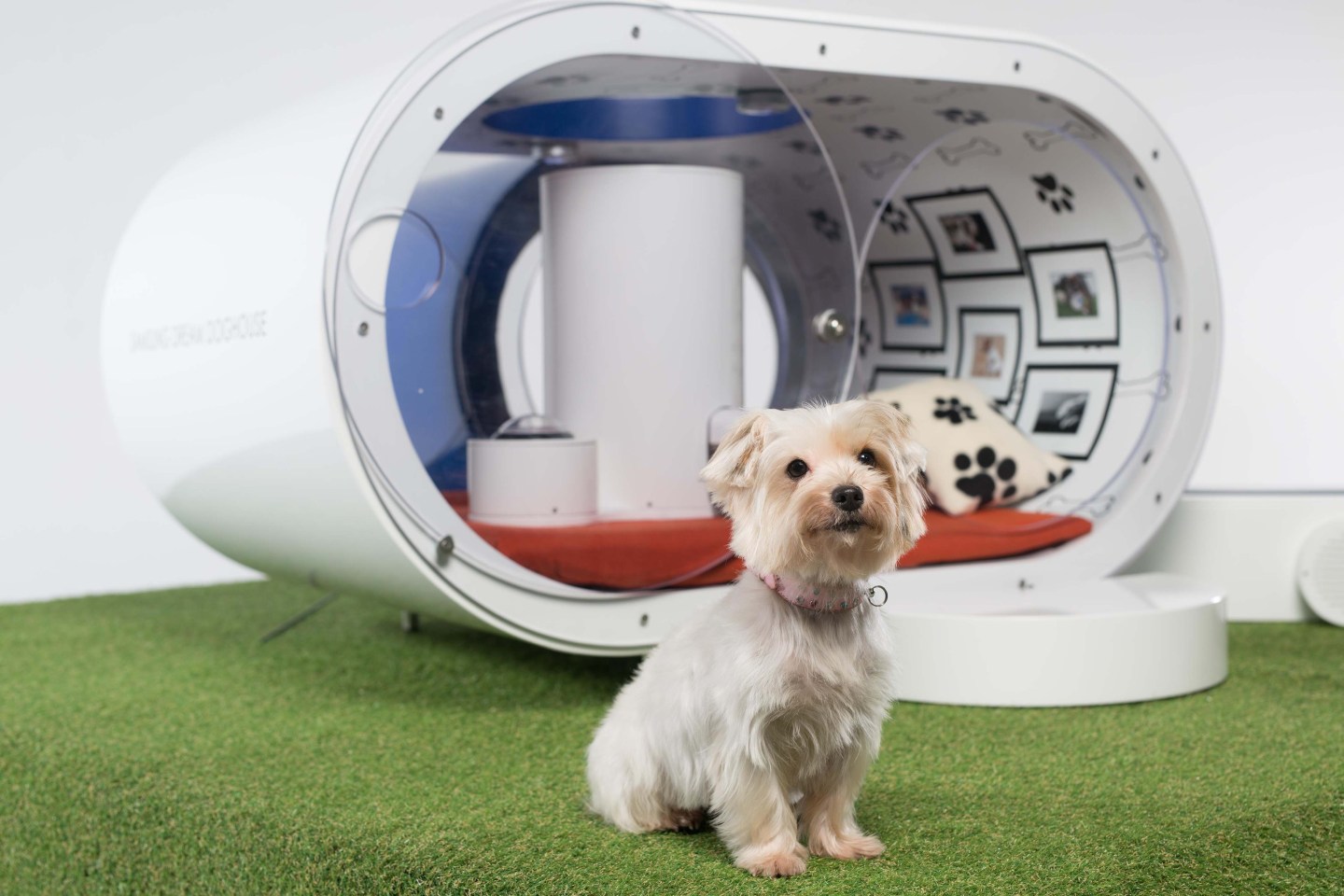 Samsung Dream Doghouse. EDITORIAL USE ONLY Gracie, a terrier cross, tries out the Samsung Dream Doghouse created by the tech firm to celebrate their sponsorship of Crufts 2015 - which starts on Thursday 5th March at The NEC Birmingham. Issue date: Wednesday March 4, 2015. The architect designed dog kennel, which features a Samsung Tab S entertainment wall, astro turfed treadmill and paw operated snack dispenser, took 12 designers over six weeks to create in the aim to represent the ultimate in luxury canine living. The Samsung Dream Doghouse will be on display at Crufts, which Samsung has been sponsoring for over 20 years. Photo credit should: David Parry/PA Wire URN:22410646
Photograph by David Parry — PA Wire/AP

If you’ve ever attended or watched one of the any international dog shows, you’ll surely see dozens of pets that are treated with the kind of opulence most humans will never get to experience. But only one lucky canine is the proud owner of Samsung’s Dream Doghouse, a $30,000 pooch pad that features an AstroTurf-covered treadmill, hydrotherapy pool, entertainment wall, and paw-controlled snack dispenser.

As the International Business Times reports, a team of 12 designers and builders collaborated on the project, which took six weeks to complete. On top of the treadmill and hot tub, the tiny home has a vinyl wall that can be covered with photos of the owner’s choosing, while the opposite wall features a Samsung Galaxy Tab S tablet, for whatever the dog feels like doing online.

“The Samsung Dream Doghouse looks sleek and modern, featuring the kind of tech the discerning dog of the future will need,” Andy Griffiths, president of Samsung Electronics U.K. and Ireland, said in a press release. “From dogs who have social media profiles, to owners who use video calling to check on their pet while away, technology is fast becoming an integral part of everyday life.”

And no, Griffiths isn’t just doing this for laughs. The company surveyed 1500 dog owners and found that a quarter of them wanted their pets to have their own treadmill, as well as a tablet or TV. Of the dog owners surveyed, 64% believed their pets would benefit from more technology and gadgets, and 18% said they’d like their furry companion to have its own hot tub.

Samsung only made one of the Dream houses and gave it away via a social media contest that ran until March 2nd. In the meantime, the house will be on display at the Crufts Dog Show, which runs March 5-8 at Birmingham, England’s National Exhibition Centre.