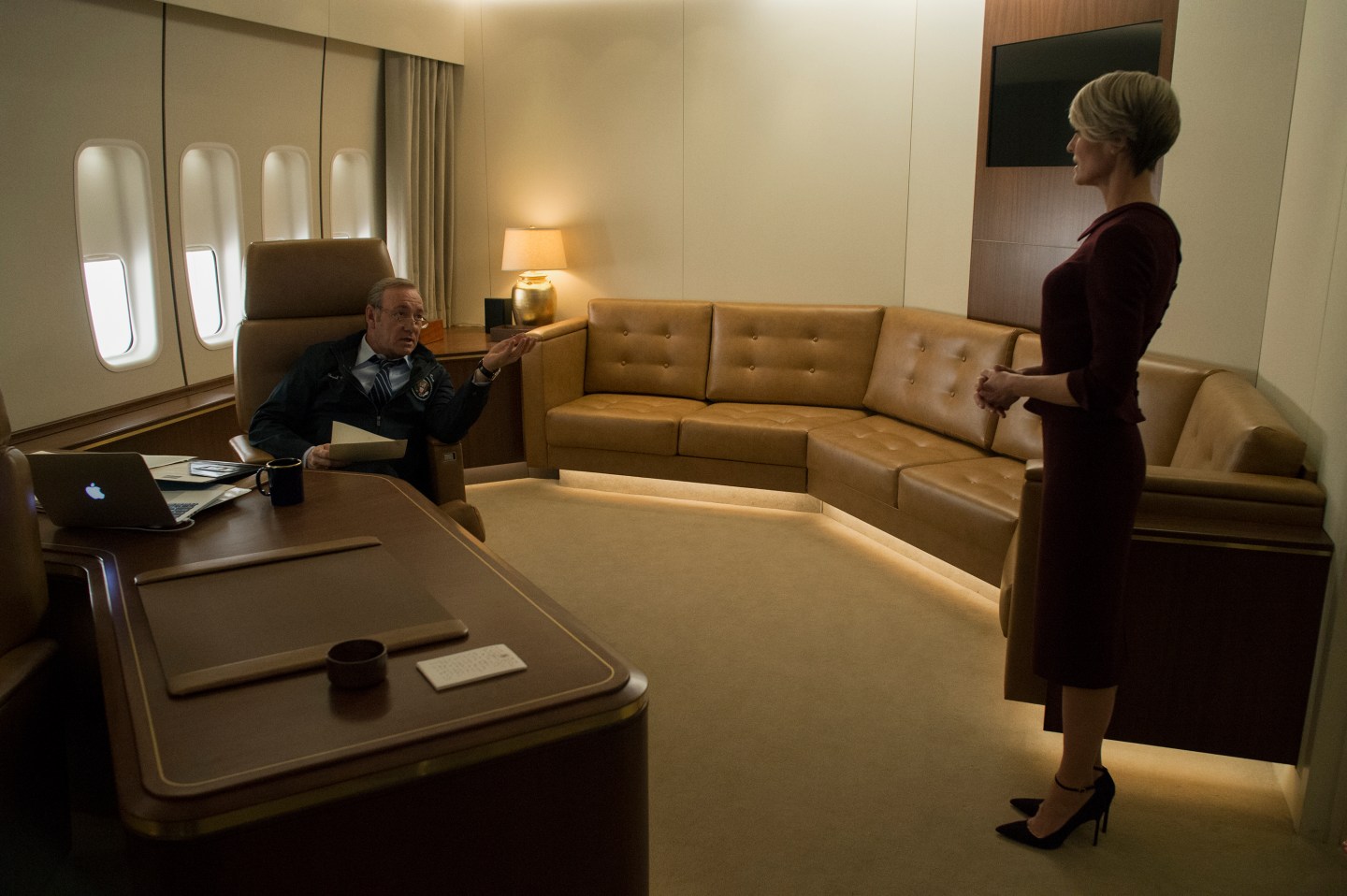 In the hit Netflix show House of Cards, power corrupts. That hasn’t stopped brands from wanting to be seen on the program. Here are a few of the products that pop up in the latest season of the political thriller, according to the New York Post.

Another fridge sighting. The famous soft drink has a long history of product placement; its been in movies like The Breakfast Club, The Gods Must be Crazy and E.T: The Extra-terrestrial.

The First Lady and much of the staff in House of Cards uses a Microsoft phone, even if no one else does. Microsoft has a deal with the NFL for coaching staffs to use Surface tablets on the sidelines, a sort of live product placement—but that doesn't stop announcer from calling them iPads.

Dell computers also make an appearance. The brand has appeared in previous seasons of House of Cards as well.

Here's another tech product placement. Samsung recently appeared in the trailer for the new Avengers movie, and of course it made sure its phone was used for the famous Oscar selfie last year.

The granddaddy of them all. Apple is all about product placement. An entire episode of Modern Family was recently shot on Apple products—seriously.

The only beer to appear during House of Cards are InBev brews—Shock Top, Budweiser and Stella Artois. InBev claims it didn't pay any money for this.