For Apple’s and Google’s app stores, the money’s in the games 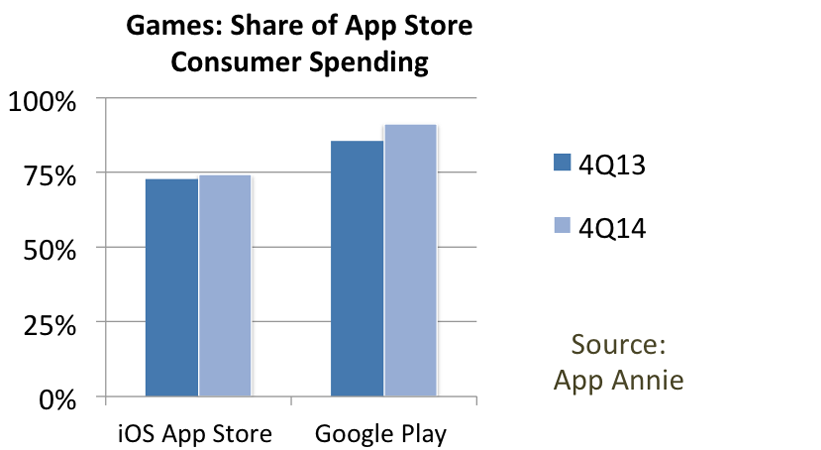 Games are bigger money makers for Apple and Google than you might think.

Among the takeaways in a joint IDC/App Annie report Wednesday:

The report follows Tuesday’s IDC press release that had Apple’s share of worldwide smartphone market growing 46% in Q4 2014. Together, iOS and Android captured more than 96% of last year’s smartphone sales.