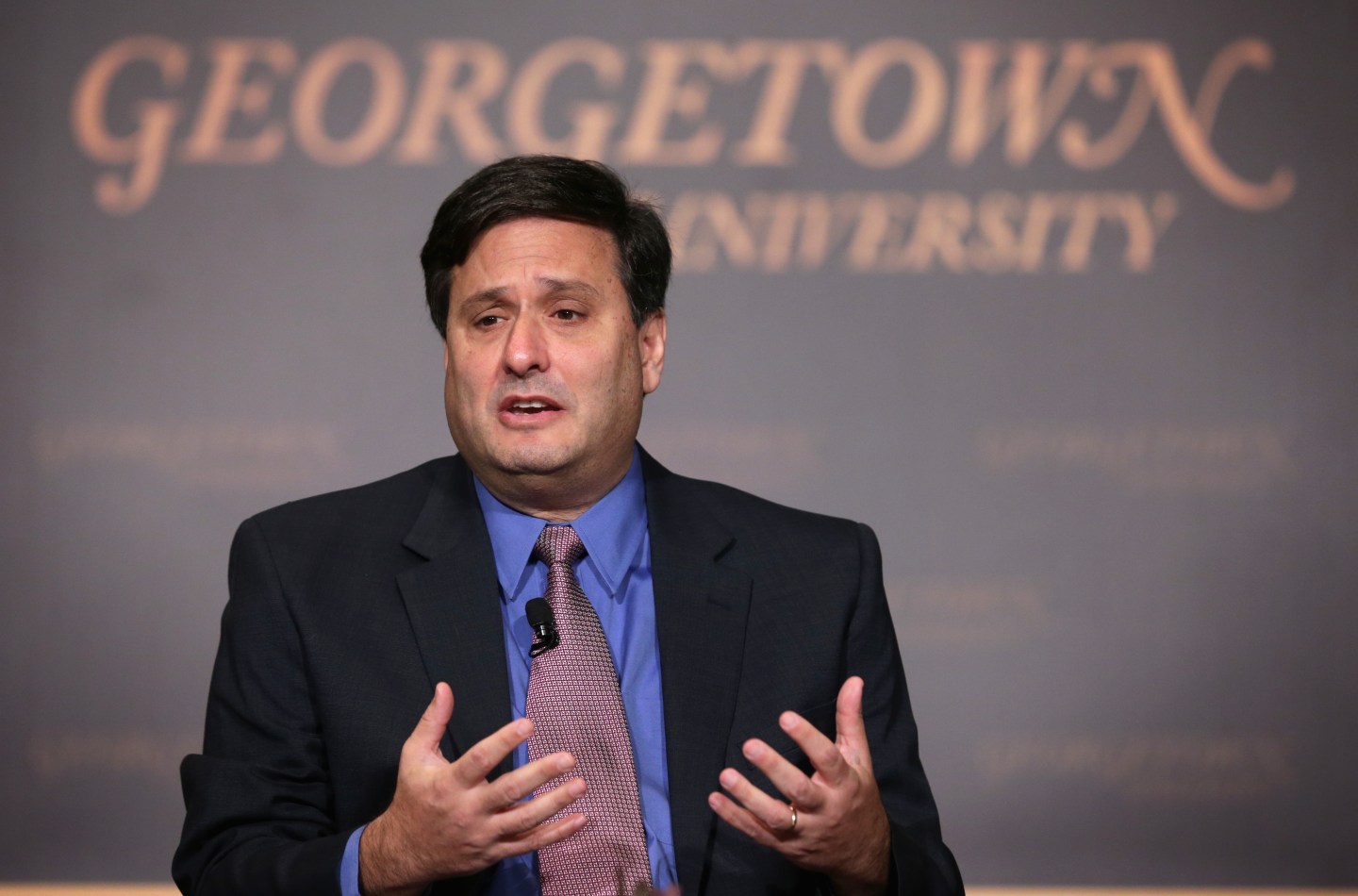 In mid-October 2014, when I was asked to serve as the first U.S. Ebola Response Coordinator, America was gripped by Ebola fear. We had quickly gone from zero cases of the disease ever diagnosed on U.S. soil to four in a matter of days. Overseas, the epidemic raged in West Africa, with hundreds of new cases being reported each week in Liberia. Fast-forward to four months later, and we have not had a single new case of Ebola diagnosed on American soil in more than 100 days, and the new caseload in Liberia is less than five per week. How did we do it?

While most of the credit is due to those on the front lines of the battle — the people of West Africa, health care workers, and the responders on the ground — management and coordination in Washington helped make a difference. Here are five key management lessons that helped my team get the epidemic under control. These lessons are applicable to any number of business and social challenges.

Data matters – but only the right data really matters. The headline-grabbing numbers – 24,000 cases of Ebola, across West Africa —naturally dominated media coverage, but they were not the data that was ultimately relevant to planning our response. These totals reflected cumulative cases that included thousands of patients who had developed the disease months ago, but were long ago either cured or dead. While emotionally and historically important, the total was not valuable for shaping decisions about where to put medical teams, send burial teams, or build treatment units going forward.

For example, Lofa County, Liberia, one of the places with the highest cumulative case count, and was widely described as the epicenter of the epidemic, but it had largely eradicated the disease as the international response was ramping up. So as we shaped the forward-looking Ebola response, we had to focus on the RIGHT data: Where were the currently infected people? Where were the most recent cases? Where was the disease going next? There are countless business problems like this: the data most discussed may be the data that are least relevant for decision-making.

Turn the telescope around. When I started the job, the horrible experience of Thomas Eric Duncan, the first person diagnosed with Ebola in the U.S. who walked into an unsuspecting and unprepared emergency room in Dallas, had planners scrambling for a scheme to get every health care provider in the U.S. trained to identify and treat Ebola patients. But it became clear that while we had 500,000 health care facilities in America, we only had about 1,200 potential Ebola patients at any one time: the people who had come from West Africa within the previous 21-day incubation period.

So instead of spending vast sums of taxpayer funds in a lengthy process to prepare every single health care provider in the U.S. for an Ebola case, Tom Frieden, the director of the U.S. Centers for Disease Control and Prevention (CDC), developed a savvy plan to monitor and direct those 1,200 people to a relatively small number of facilities that we then prepared to receive and test potential Ebola patients.

This system targeted each person arriving in the U.S., assigned them a unique identifier number, tracked them daily, coordinated with local Emergency Medical Services units to take them to appropriate facilities if they called for help, and matched returnees with specific facilities to care for them if needed. By turning the telescope around to focus on the patients, not the providers, we significantly scaled down our problem. The challenge facing many consumer-oriented firms has a similar dimension: instead of trying to prepare many places to transact with few targets, it is often easier to steer those targets to your best locations (in the physical world or on the web) for dealing with them.

Nothing replaces face-to-face time. I love doing business by email, and our government loves doing its work by sending memorandums. But in a complex, multi-discipline, multi-unit response, nothing replaces face to-face interactions between people, around a table (in person or via video), where concerns can be plainly stated, problems confronted directly, and organizational counterparts looked in the eye.

Hence, every Friday afternoon, I assembled key officials from every agency working on the Ebola response – from the military leaders of U.S. Department of Defense to the development officials of U.S. Agency for International Development to the medical experts from the National Institutes of Health and U.S. Health and Human Services – around a table in the White House Situation Room, and we hashed out problems face-to-face. And we made working-level teams do the same: bridging gaps in culture between the law enforcement-oriented Customs and Border Patrol agents and the medically-oriented teams from the CDC, who needed to work together on our inbound arrivals screening plan.

It is easy to blame “those guys” for what is going wrong in a complex operation when they are just an email address on a distribution list, or a box on a chart; much harder to do so when you are seeing them face-to-face, week after week. The time this took was well worth it.

Recognize and respect fear. In those most fearful days of October, many experts wanted us to convey a message that public fears were overwrought or misguided; to tell Americans that they were far more likely to die from a car crash or a heart attack than Ebola. But Dr. Tony Fauci of the National Institutes of Health, perhaps our nation’s most respected medical expert, wisely counseled our team to acknowledg the public’s fears, and not dismiss them. Dr. Fauci reminded us of similar fears in the early days of AIDS. “People fear new threats,” he told us. “If you deny them, you only drive them underground where they fester and get worse.” So we talked openly and honestly about risks and protections; about measures we were taking and the safeguards they provided. We employed science-based decision making with transparent communication. We honestly told people that there could be more cases of Ebola in America, while also reassuring them with information about how we had improved preparations to identify and isolate those cases.

In every organization, business, or endeavor, fear of the new and fear of the unknown is present. Rather than dismissing or disparaging it, it should be acknowledged and addressed.

Don’t over solve problems. At one point in my tenure I met with a respected group of scientists who warned that, with flu season then approaching, America’s emergency rooms would be overwhelmed by flu patients whose symptoms were similar to Ebola, and would have to be given costly and time-consuming tests for that disease. They argued that the US government needed an expensive, crash program to develop an instant test to differentiate between Ebola and flu. I disagreed.

While the world did need an inexpensive point of care test for Ebola for Africa (and one is finally being piloted on a large scale in West Africa), I told them that we had no imminent crisis of emergency room gridlock in the US, because we had a simple, cheap “test” to whittle down thousands of flu patients to a handful of Ebola suspects.

We would ask them, “Have you been in West Africa in the past 21 days?” Those who had not – and over 99% of the flu patients hadn’t – did NOT have Ebola. In our technocentric world today, we often look for overly complex, innovative, or “game changing” solutions to problems – instead of focusing on how a simpler, less elaborate solution can sometimes do the job.

Of course, these are just five of countless lessons we learned in the response – others included the need to constantly reassess and reshape plans; to respect the wisdom and insights of those nearest to the problem, and to focus closely on cultural differences and perspectives – and more. Not all problems are life-and-death, or headline-grabbing, or social-media dominating, as Ebola was. But to the teams dealing with them, business problems are just as important. By using data the right way, turning the telescope around, gathering people face-to-face, acknowledging fears, and rightsizing problems, you can improve your team’s performance and get better results.