This man has the coldest work commute ever 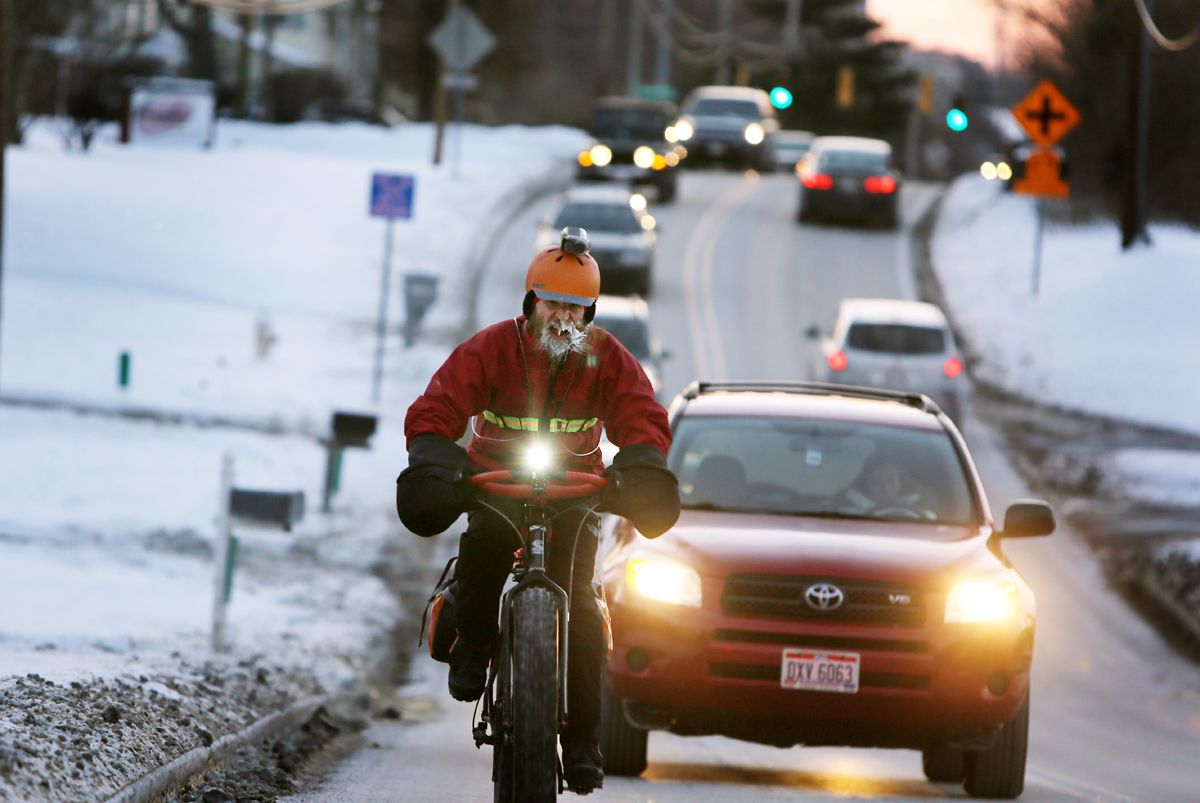 SUB ZERO BIKE COMMUTER Wed., February 19, 2014 Fraser Cunningham, 56, of Madeira, a GE Engineer, bicycles home to work Thursday evening in single digit temperatures. Cunningham hasn't missed a day biking to and from work for a year and a half. The Enquirer/Carrie Cochran
Photograph by Carrie Cochran — The Cincinnati Enquirer

If you know someone who won’t stop complaining about how hard their commute is, simply direct them to Fraser Cunningham’s story.

Cunningham, who lives near Cincinnati, bikes to work every day — even in the winter. Currently, he’s trekking through weather that’s 10 degrees below freezing. The 56-year-old man has had his eyes freeze open, which he told Cincinnati.com was better than if they’d frozen shut.

His commute totals a whopping 16.5 miles each way, and he’s biked it every day since July 2013. For the colder months, he has a bike with huge tires that get better traction on the snow.

And, for the record, his commuting habits aren’t a matter of money — he and his wife have two cars.