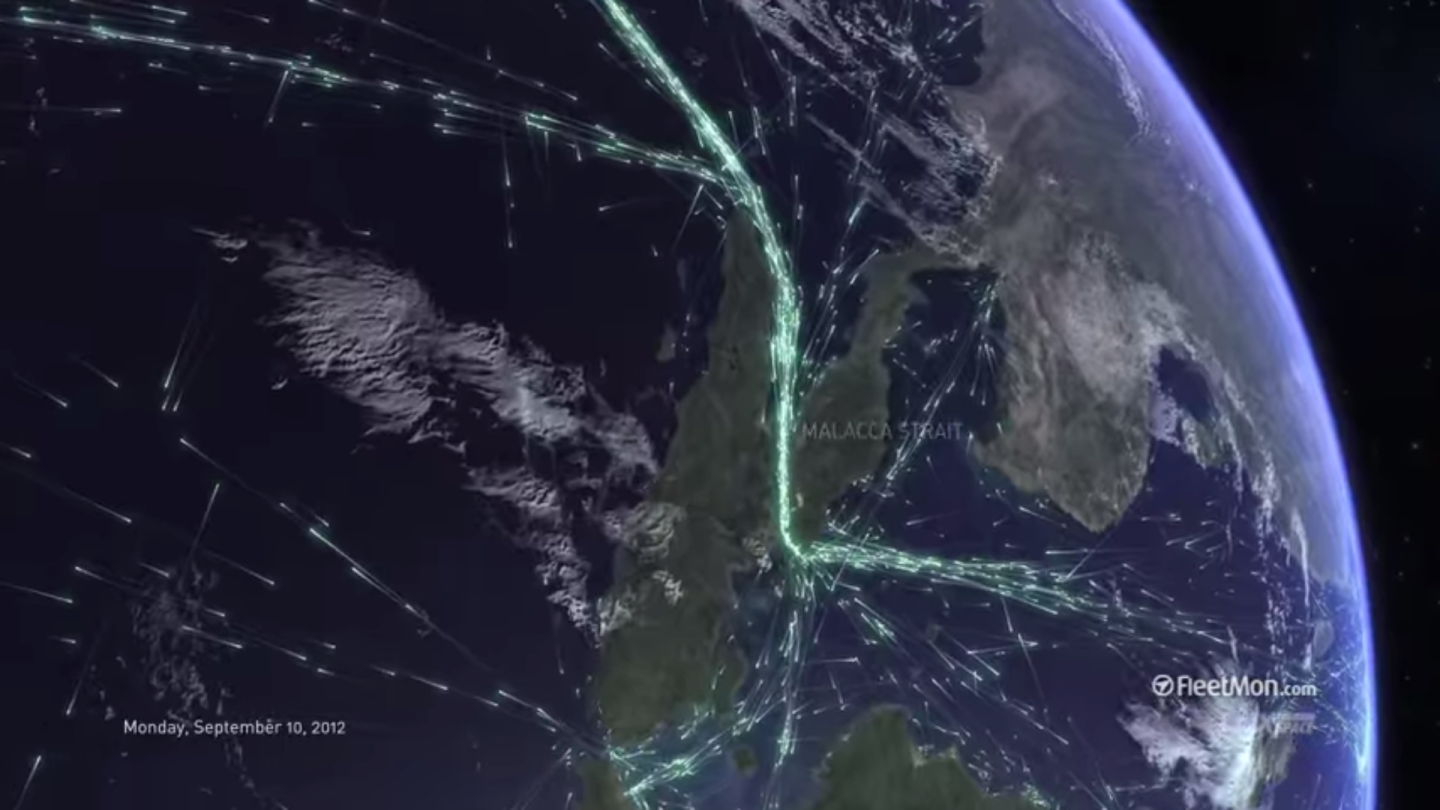 Last week, a deal was struck at a number of ports on the West Coast to end a nine-month negotiation between labor and management. The ongoing dispute had led to significant slowdowns and jams. The new deal lasts for five years and covers 29,000 workers at 29 ports, the LA Times reported.

The shutdown had impacted major ports including the ones at Long Beach and Los Angeles, which handle around 40% of incoming container cargo for the US. Despite generating plenty of controversy and headlines, it’s difficult to fathom how large and crucial such shipping hubs can be for worldwide trade. To get a sense just how important these ports are, consider this video visualizing how cargo moved through the world on a typical day in 2012 which NPR dug up today.

The video shows satellite tracking of routes superimposed over Google Earth. It focuses on some of the main choke points for international shipping, such as the Strait of Malacca on the southern tip of Malaysia, the Suez Canal, the Strait of Gibraltar and the Panama Canal. It’s a good reminder that about 90 percent of all the goods traded globally spend at least some of their transit time on a ship.