Here’s what Twitter talked about most during the Oscars 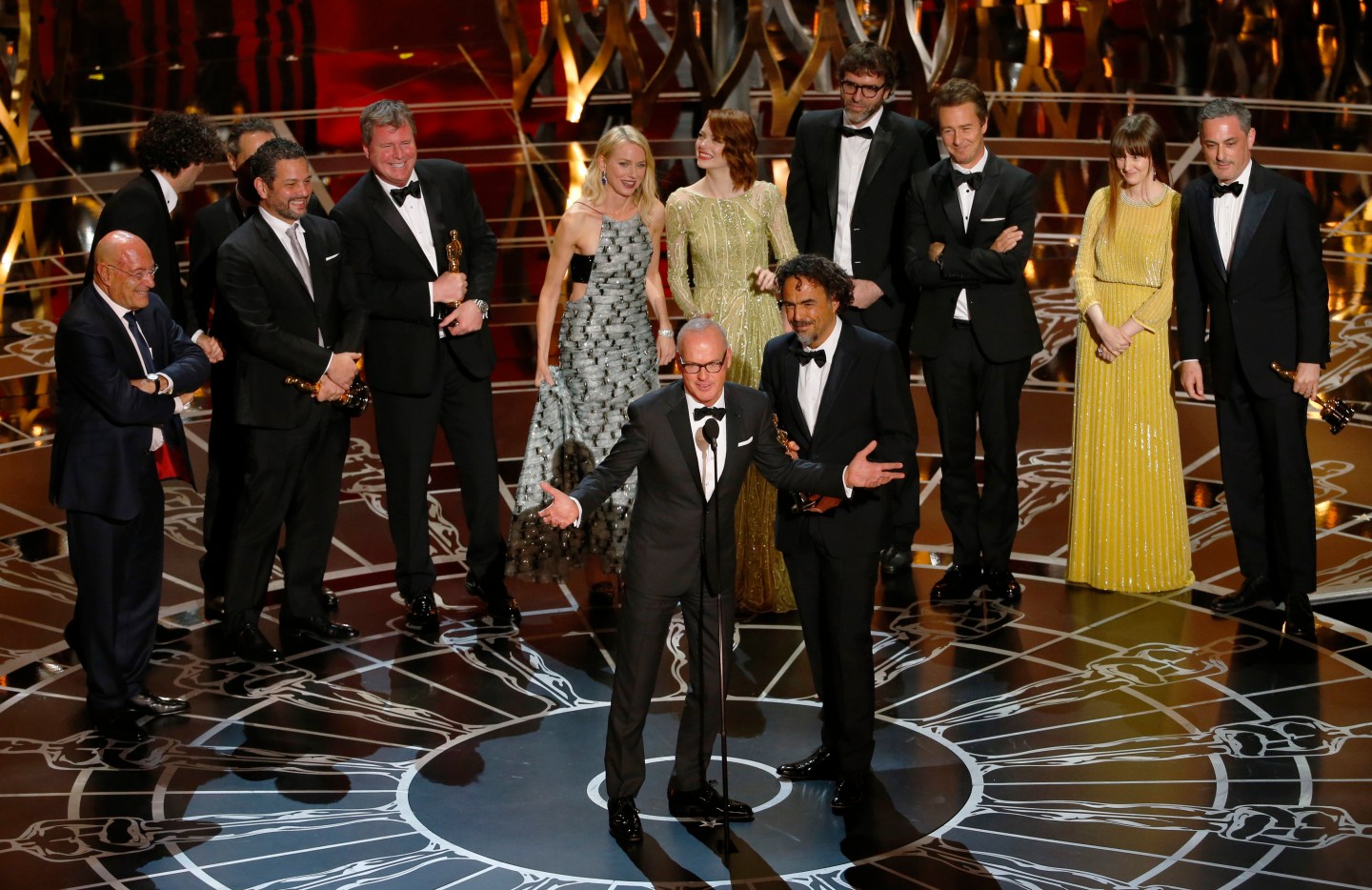 There’s nothing Twitter likes better than a live show, and Sunday night’s Academy Awards offered plenty of ripe material for tweeting, from an odd joke where host Neil Patrick Harris made Octavia Spencer watch over his Oscar ballot to Oprah’s ecstatic reaction to an Oscar made of Legos.

Twitter crunched the numbers to reveal insights on how its users talked about the nominated films, and the result is this infographic. Hovering over individual titles shows how events during the telecast impacted the conversation around a given movie. For instance, Boyhood stayed on top for most of the night, until Birdman started gaining momentum when it won Best Original Screenplay, eventually climbing to the top of the chart in time for its Best Picture win. The Lego Movie spiked around the time of its musical performance, then slowly petered out, while movies like Still Alice and The Theory of Everything started low and peaked at the end as their respective stars (Julianne Moore and Eddie Redmayne) won Best Actress and Best Actor.

Watch more coverage about the Oscars from Fortune’s video team: