The end of the dream: Greece bows to the inevitable 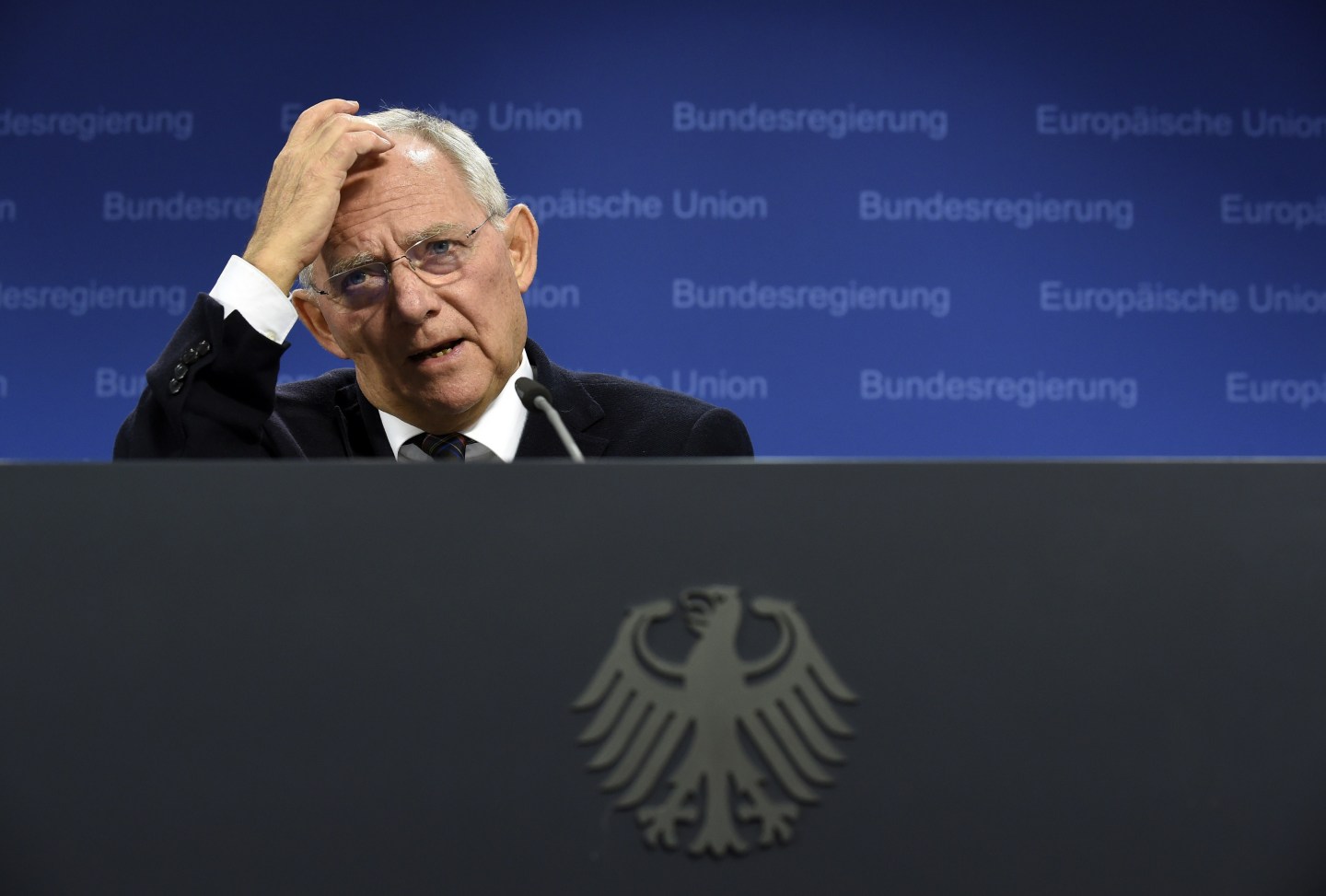 Greece’s attempt to break the shackles of its bailout package has failed. With that, the risk of the Eurozone breaking up has receded, at least until the summer.

The new left-wing government effectively crumpled Friday under pressure from the rest of the currency union and accepted it had to complete the reforms demanded of it two and a half years ago in return for continued access to the only financial lifeline it has. It also promised to honor all its debts and not to reverse any of the reforms undertaken so far under the 2010 and 2012 bailout programs, backing down from its most important pre-election promises.

In return, the creditors agreed to extend by four months the existing deal, meaning that Athens will still get some €3.6 billion from the Eurozone and European Central Bank, and a bit more from the International Monetary Fund this year. They also all but guaranteed to loosen the country’s budget targets, and to keep available nearly €11 billion earmarked for recapitalizing Greek banks if they get into trouble.

The best that Athens can say about the deal is that it gives the new government the opportunity to substitute some reforms of their own for the ones that they most dislike in the existing program. With energy and imagination, the Greeks could yet draft an alternative agenda that it could claim to co-own.

“We are no longer going to be following a script that was given to us by external agencies,” Greek Finance Minister Yanis Varoufakis said at a press conference after a mercifully short meeting. The old program, he added, is “in abeyance.”

Only, it isn’t really. Not when you start listening to anyone else who was in the room.

“Only approval of the conclusion of the review of the extended arrangement by the institutions in turn will allow for any disbursement” of the remaining bailout money, the Eurogroup said in a statement.

In the meantime, the Greek government is being kept on a very short leash. It only has until close of business Monday to present its list of alternative proposals to the same hated ‘Troika’ of technocrats–from the European Commission, European Central Bank and International Monetary Fund–that it promised to abolish. They only have until April to hammer out the finer points. As an indication of how much trust Greece has lost in the last month, the bank recapitalization money will be moved back from Athens to be kept safely under lock and key in Luxembourg, in case the government gets the urge to use it to fund the government’s deficit in the meantime. At the same time, the ECB will keep Greek banks on hunger rations, not restoring their former privileges until the Troika–sorry, ‘the Institutions’--say it’s safe to.

And what happens after the four-month extension? That’s still up in the air. Eurogroup chairman and Dutch Finance Minister Jeroen Dijsselbloem said there had been “no request and no discussion” for a new program, “but we all agree that there has to be a discussion about the possibility and the necessity of a follow-up arrangement.”

When it comes to discussing that, Greece will hardly be in a stronger negotiating position than it was on Friday. It has to pay over €3.5 billion back to the ECB and IMF in July, and will almost certainly default if it doesn’t have access to new loans by then.

The negotiations over any new program will happen just as Brussels gets ready to observe the 200th anniversary of the Battle of Waterloo, the final defeat of Napoleon Bonaparte and the French Revolution. The financial markets are in line for some hard pounding in June, but the odds are that, when the smoke clears, it will be Germany’s Wolfgang Schaeuble in the role of the Duke of Wellington, saying that “they came on in the same old way, and we sent ’em back in the same old way,” while the spirit of the Revolution–if not Prime Minister Alexis Tsipras himself–heads for the political equivalent of exile in St. Helena.