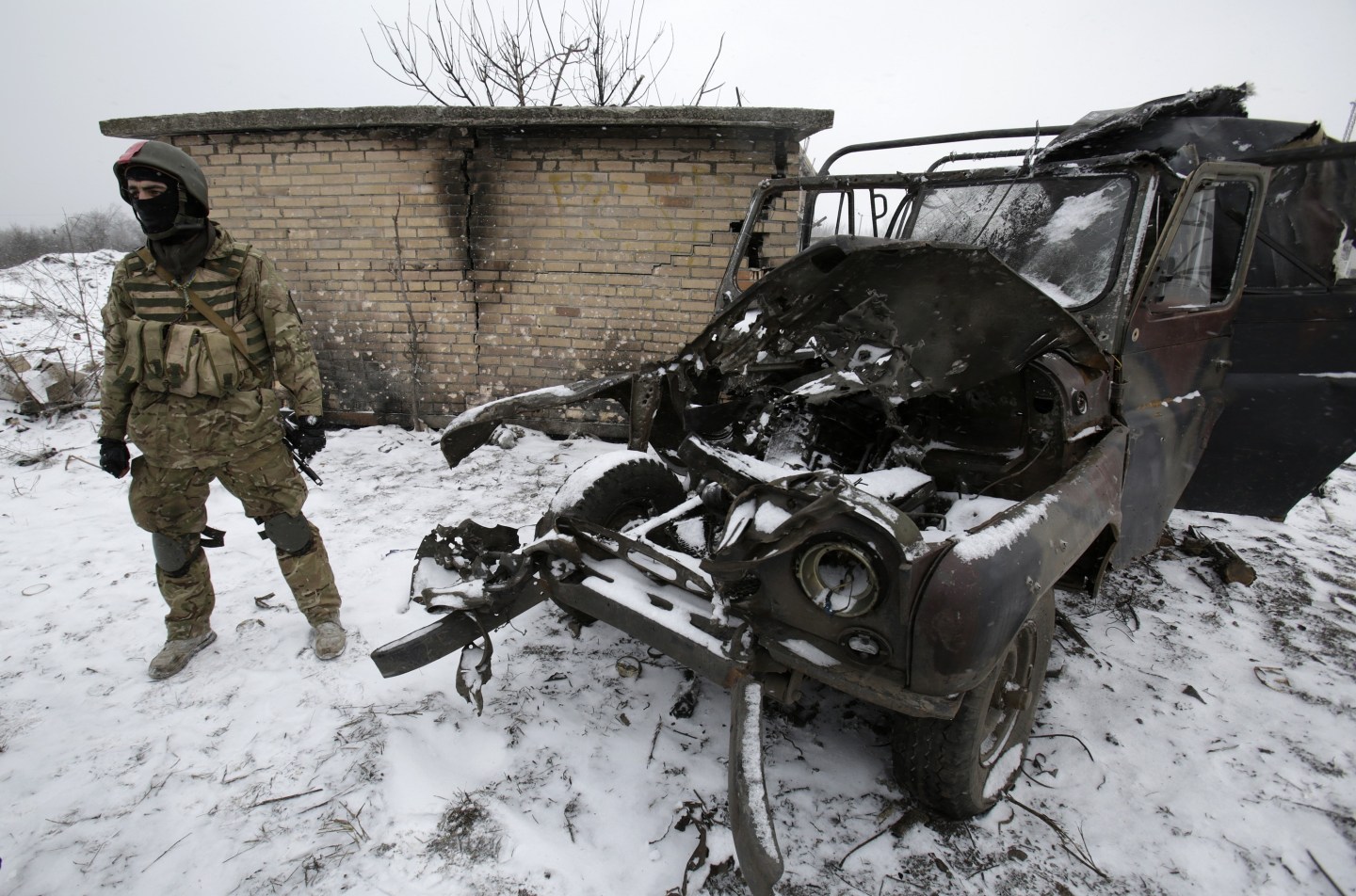 DONETSK, UKRAINE - FEBRUARY 16: An Ukrainian soldier stands next to a destroyed military vehicle of Ukrainian army, near Debaltseve district of Donetsk, Ukraine on February 16, 2015. At least 112 attacks are carried out by pro-Russian separatists on the Ukrainian armys position and five Ukrainian soldiers were killed in the last 24 hours. (Photo by Viktor Koshkin/Anadolu Agency/Getty Images)
Photograph by Anadolu Agency/Getty Images

The pro-Russian rebels have been rapidly advancing in the southeastern town of Debaltseve, and have reportedly surrounded over 5,000 Ukrainian troops.

The fighting in Debaltseve, a railroad hub to the east of Donetsk, broke out despite a cease-fire agreement reached in Belarusian capital, Minsk, just days before.

The rebels claim the cease-fire does not apply to Debaltseve and say they have already taken control of the town and captured “hundreds” of Ukrainian soldiers. “Eighty percent of Debaltseve is already ours,” rebel leader Eduard Basurin said. “A cleanup of the town is under way.”

The Ukrainian army has refuted these statements, saying they are holding their positions and contesting the number of prisoners claimed by the rebels.

Although the U.S. has considered sending defensive weapons to aid Ukrainian forces in the conflict, State Department spokesperson Jen Psaki said on Tuesday that “getting into a proxy war with Russia is not anything that’s in the interest of Ukraine or in the interest of the international community.”