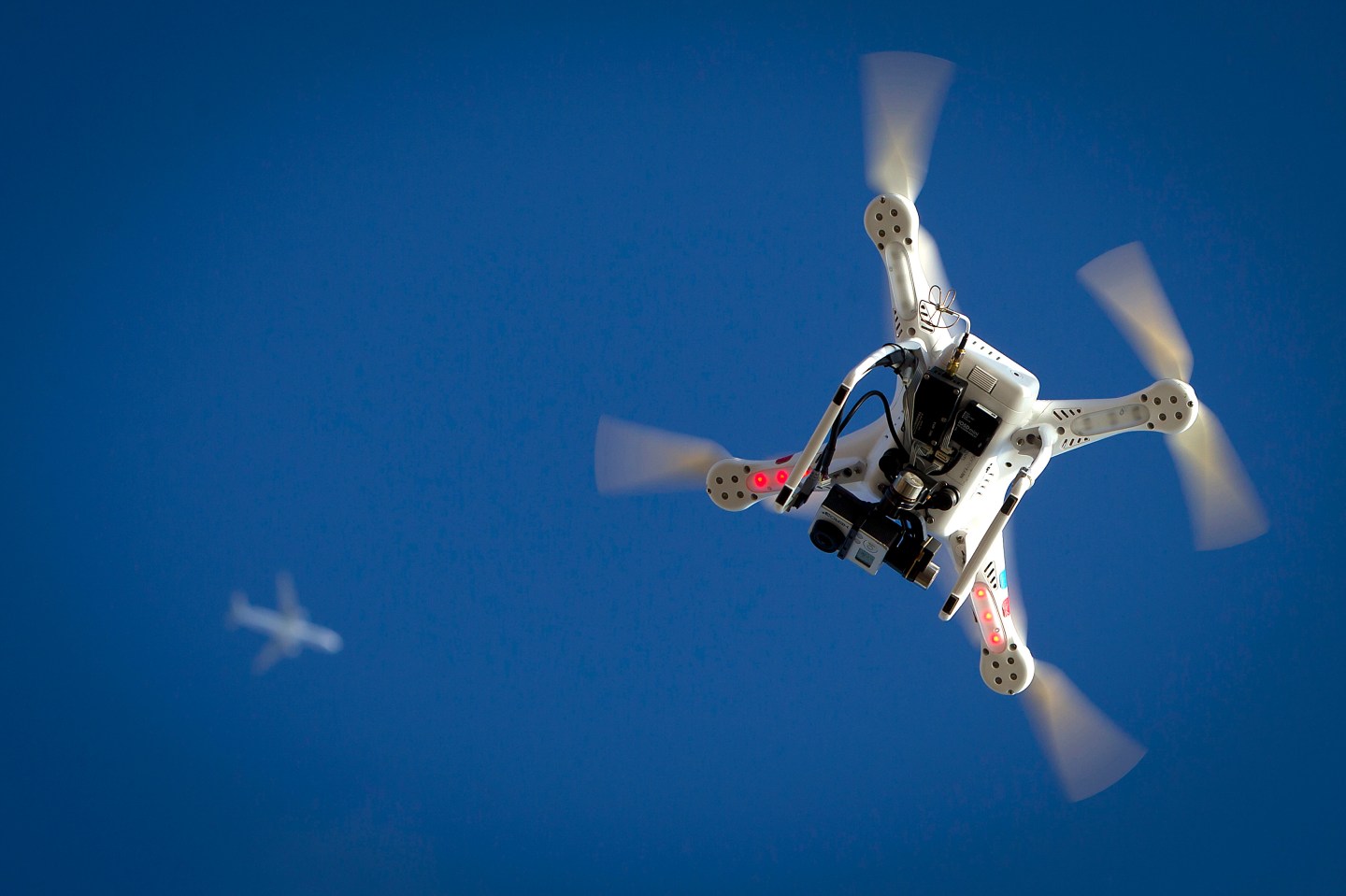 Drones aren’t taking over Shawn Sedlacek’s backyard, but the 43-year-old wants to make sure the handful of aerial robots he has seen flying around his Los Angeles neighborhood keep their distance from his house.

“I intentionally purchased a home on a hill which gives me breathtaking views and what I think is a sense of privacy,” he says. “I would prefer a drone to not be flying over or near my property snapping pictures of my life, of my possessions.”

Sedlacek is one of more than 10,000 people to list his address on NoFlyZone.org. Think of it as the equivalent of the Do Not Call list for the drone age. Sedlacek and thousands of other people are hoping to send a clear message to drone pilots nearby: Keep your quadcopter off my lawn. People who don’t want drones flying above or near their houses register their home addresses with NoFlyZone’s online, global database. An email confirmation completes the free process, whereby each property’s precise longitude and latitude—but not addresses or property owners’ names—are shared with and accessible to, so far, seven manufacturers of drones and drone operating systems, including DroneDeploy and Ehang, makers of the Ghost Drone.

“What we’re doing is providing them with the data, and it’s up to the partners for how they implement it,” says Ben Marcus, founder of the NoFlyZone service. “At a bare minimum, our partners are going to be providing this information to their users. Some are taking it a step further by physically preventing flight by coding in a geofence.”

Marcus says an online map will soon be available that shows the positions of registered properties and other locations—airports, military installations, hospitals, schools, and temporary flight restrictions—included in the NoFlyZone database.

Drone owners will steer clear if they know the coordinates of nearby properties that have opted into NoFlyZone’s database, the thinking goes. The same applies to drone manufacturers, who can distribute NoFlyZone’s data through software updates. Future plans include letting NoFlyZone registrants customize their airspace to allow package-delivery drones to reach their doorsteps but still prevent camera drones from flying overhead. For now, people can register one property per email address on NoFlyZone.org. Proof of residence—a utility bill, for instance—has to be provided if someone wants to register a second property, and, to protect registrants’ privacy, property data are “separated so it’s difficult to tie a name to an address or email address,” Marcus says.

Marcus, who is 32 years old and lives in El Segundo, Calif., has been an aerial enthusiast from a young age. As a boy, he flew model airplanes. At age 17, he became a licensed pilot. At 24, Marcus cofounded his first company, jetAVIVA, a broker of light business jets. He owns a drone that he uses to take photos and video, and thinks that drones will be as common as cell phones a decade from now.

“I’ve become more and more excited about the possibilities drones bring to us,” he says.

Those possibilities have expanded as drone technology has shrunk in recent years. It’s only a matter of time before lightweight drones for photography, filmmaking, aerial surveying of crops and oil stacks, advertising, and other uses are commonplace. (The Federal Aviation Administration recently released proposed regulations—a long time in the making—that will eventually govern such commercial flights.)

But the proliferation of small drones has led to louder calls regarding people’s privacy rights. What’s there to ensure a drone isn’t spying on someone in their home? President Obama pledged last summer to issue an executive order that would place the National Telecommunications and Information Administration in charge of developing privacy guidelines for commercial drone flights. After a quadcopter crashed on the White House lawn in January, the president reiterated those privacy concerns, saying a structure needs to be established to prevent drones from “violating people’s privacy.”

“There’s really no reason for people to be flying over private property without that owner’s permission,” Marcus says.

Although, there’s nothing NoFlyZone can do in the way of enforcement. Signing up on the site can’t stop drone operators from flying near someone’s house. Even the site’s FAQ page points out that registering your property on NoFlyZone is no guarantee that a drone fly-by won’t happen in front of your foyer window. “We’re seeking the voluntary participation from the drone industry and drone community,” Marcus says.

According to Stuart Banner, a UCLA law professor and member of NoFlyZone’s advisory board, homeowners do own a certain amount of their airspace. But Banner contends any argument over whether property owners own the sky above their houses is a moot point. “It doesn’t really matter for NoFlyZone whether landowners own their air rights,” he says. “Because you and I, we can make a contract that you won’t go somewhere.”

Whether drone operators stick to an honor system by voluntarily agreeing to keep their drones from flying over the properties of NoFlyZone registrants is the question.

“We have an opportunity for this industry to do the right thing: to make it safe, secure, responsible,” says Marcus. “I really think this can expand the market for drones, not limit it.”

Like this story? Read “Get Ready for ‘Drone Nation’” from the Oct. 8, 2014 issue of Fortune magazine.