With new rules, the FAA and drone industry make up 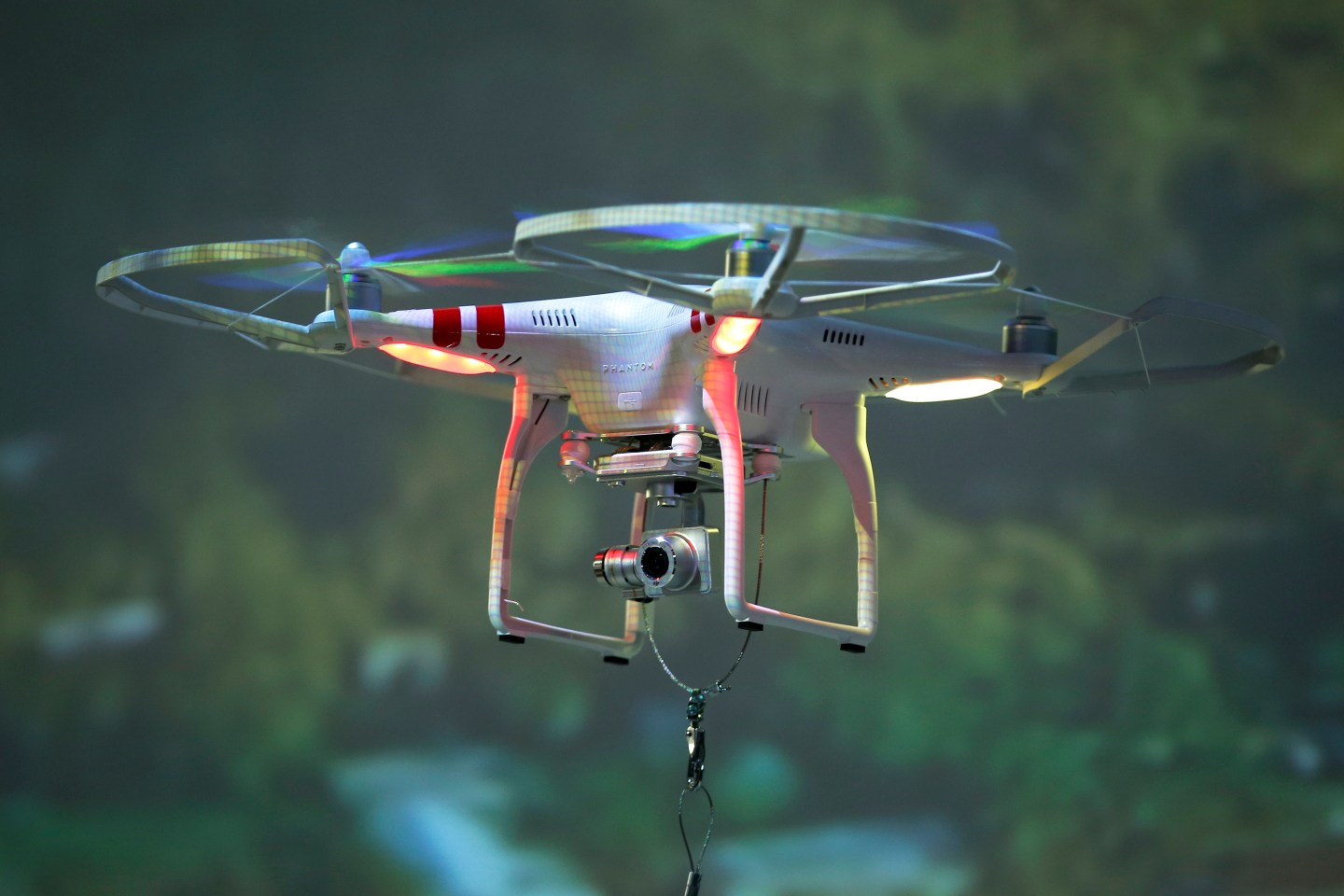 Sunday’s release of a set of proposed rules governing the use unmanned aerial systems—better known as drones—in U.S. airspace didn’t hold very many surprises. But according to industry sources, the lack of surprises was the most pleasantly surprising aspect of the Federal Aviation Administration’s proposal.

A first pass at the 195-page document shows an FAA that is far more in tune with industry needs than many imagined, providing a kind of “healing moment,” as one source puts it, for an industry and a regulatory overseer whose relations have long been strained. Many drone industry insiders have variously regarded the FAA as dawdling, too risk-averse, and overly burdensome. The agency has struggled to produce a set of cohesive regulations regarding drone use—particularly commercial use—as drone technology has exploded over the past several years.

But the proposal shows that the FAA has worked hard to avoid overly-onerous regulations. It’s a promising sign for companies that want to integrate drones into their day-to-day operations and the drone makers eager to supply them with hardware, software, and support.

“I think the FAA has had a tremendously difficult job to do, and I think what they came out with over the weekend was surprising,” says Matthew Bieschke, president of the $2.2 billion UAS America Fund, an investment fund designed to facilitate financing of infrastructure related to unmanned aerial systems. “It was less conservative than a lot of people in the industry thought it would be.”

That surprise—or relief—is a common sentiment around the nascent industry.

“I would say that what we’re seeing is refreshing,” says Jesse Kallman, head of business development and regulatory affairs at Airware, a San Francisco-based startup that develops operating systems and other technologies for drones. “We were expecting that even within this already walled-off environment we were going to see a significant amount of additional rules.”

The Notice of Proposed Rulemaking contains plenty of rules. But most are no more restrictive than the industry was expecting. (In many cases the rules are somewhat more relaxed than many drone advocates feared.) Broadly, the proposed rule stipulates that drones used for commercial operations should weigh less than 55 pounds, fly only during daylight hours in good weather, fly no faster than 100 miles per hour, stay away from airports, and remain within visible line of sight of the operator. While the proposal doesn’t distinguish between very small drones and larger models or provide for beyond-line-of-sight operations, it also doesn’t burden users with onerous airworthiness or pilot training requirements.

But there are aspects of the notice that the FAA got wrong, says Brendan Schulman, head of the unmanned aircraft systems practice at New York City-based law firm Kramer Levin Naftalis & Frankel. For instance, the document seems to place drone-related academic research under the umbrella of commercial operations, making drone-enabled research more difficult. The rules prohibit flying at night or at altitudes above 500 feet, which doesn’t make sense in rural areas where the airspace (and ground space below) is largely clear. And for the time being the proposed rules sweep aside drone delivery concepts like the one hatched by Amazon.

“The proposal considers drone delivery to be air carriage subject to heightened regulatory standards outside the UAS proposal,” Schulman told Fortune in an email. “That’s a legal distinction that made sense in the manned aircraft era but I am not sure why they are holding on to it. It strikes me as a real blow to Amazon and other companies that have been working on drone delivery projects.”

Critically, the proposal will not require small drones to comply with the FAA’s airworthiness or aircraft certification regulations—that is, users won’t have to certify their 10-pound drones by the same process that one certifies a Cessna—and will not require the same training or medical rating required of manned aircraft pilots. Rather, the FAA will create a separate knowledge-based certification process for drone operators that will require regular recertification. These two aspects of the proposal could be the most impactful for companies, as getting their drones into the air won’t be nearly as costly or time-consuming.

“People feared that the new process would look like the Section 333 exemption process up to and including the private pilot’s license requirement,” says Lisa Ellman, counsel and co-chair of the UAS Practice Group at the D.C. office of McKenna Long & Aldridge, referring to the FAA’s current means of approving commercial drone applications on a case-by-case basis. “That’s a really involved process and it’s not easy, it’s a several-month process. So this is a huge, wonderful thing, this new UAS operator’s certificate. It will be relatively easy to get and will make drones broadly accessible.”

While the specifics of FAA’s proposal are encouraging to commercial drone advocates, it’s the broad strokes of the document that are perhaps most promising to companies looking to take advantage of drone technology, Ellman says—echoing Bieschke, Kallman, and many others within the industry that have issued press releases, blogged, and publicly opined about the document since it’s release Sunday morning. The document shows an FAA that recognizes that drone technology is outpacing policy and was careful to build flexibility into its proposed rules and processes.

Critics say the proposed rules lack a provision providing for beyond-line-of-sight operations (critical for applications like power line or pipeline inspection) and a distinction between hulking 50-pound drone aircraft and small, four-pound quadrotors. But the document leaves the door open to such things in the future. Though the FAA has been careful to stick to its core mission of regulating the national airspace and leave privacy issues to other more appropriate agencies, the White House on Sunday released a memorandum on privacy and transparency that will not only guide government agencies in their use of drones but also create a process for developing and enforcing new privacy norms through the Department of Commerce—a signal that other government agencies are prepared to move forward with drone integration alongside the FAA.

The FAA still remains far from a final set of commercial drone rules. It will accept comments on the proposed rules for the next 60 days and it’s expected to take another year to weigh all those comments and process them into a final set of regulations, likely sometime in 2016. But now that companies have a whole lot more clarity on what the FAA and other agencies are thinking they can begin investing in their own concepts of commercial drone operations. For a industry that’s been in a holding pattern for the last several years, it’s difficult to be anything but upbeat, Ellman says.

“I think this is going to open up lots of investment in the industry, lots more movement in the industry,” Ellman says. “Sunday provided a very important moment for all of us because it really gives the industry a sense of certainty, a roadmap for where we’re going, and it’s all very good news.”