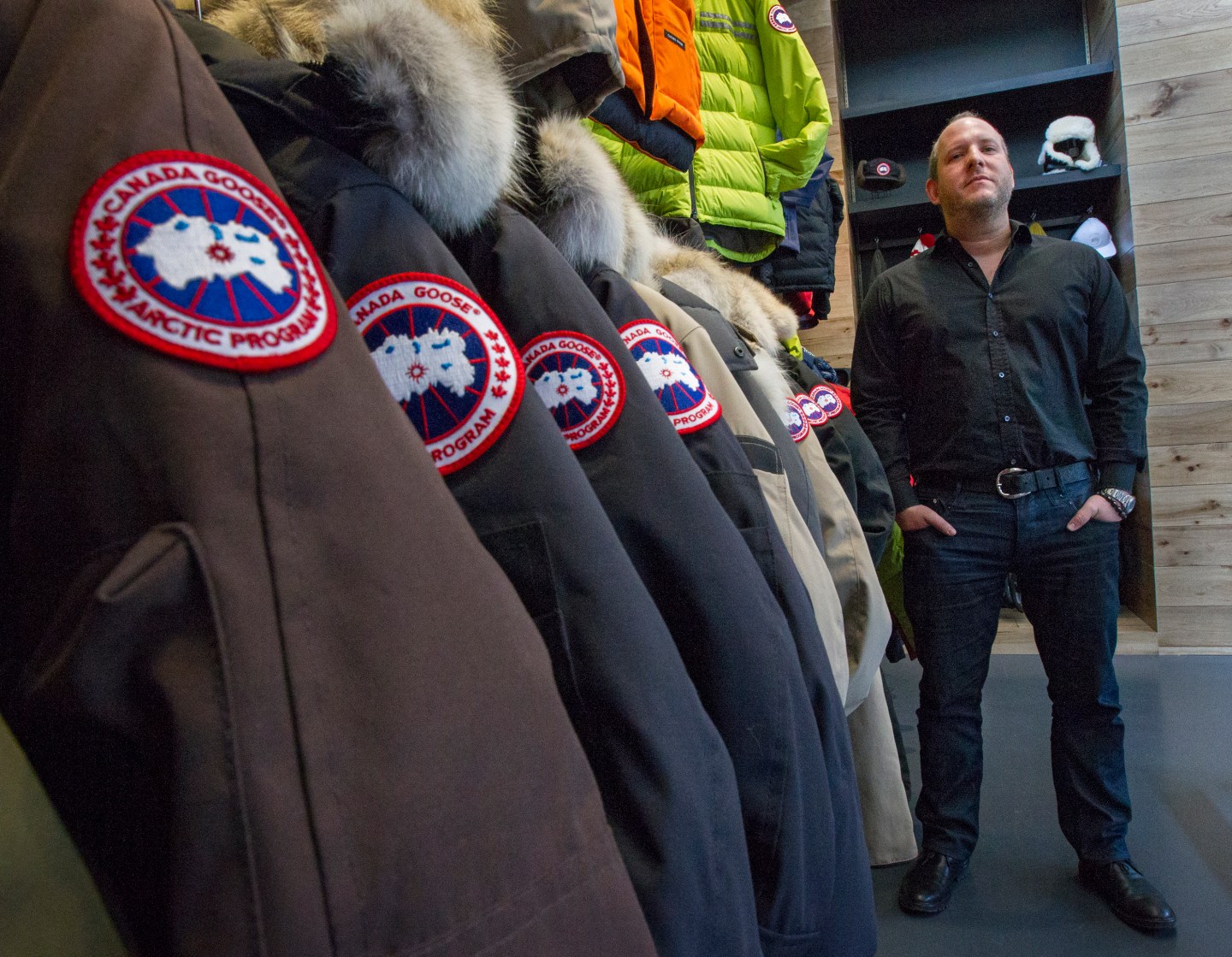 It’s hard to walk anywhere in New York this unusually cold winter without spotting someone donning a Canada Goose parka with its distinctive red-and-white Arctic Program logo and coyote-fur trimmed hood. And if the company has its way, Canada Goose apparel will be soon be ubiquitous in many more U.S. cities.

To support its U.S. plans, the Canadian company opened a Manhattan sales office in December, bringing it closer to the buyers at the high-end New York department stores like Saks Fifth Avenue that sell its $800 coats. Canada Goose expects the U.S., where it gets almost a quarter of its revenue, to eclipse Canada in 2015 and become its biggest market, barely a few years after the 58-year-old company got serious here.

Its rise has been meteoric, though not without bumps. While sales rose about 30% to $250 million last year and on pace to hit $300 million or so this year, its limited production capacity cost it some crucial sales at the height of the holiday season in December when retailers from Nordstrom (JWN) to Barneys to Macy’s (M) upscale Bloomingdale’s chain ran out almost entirely of Canada Goose inventory, with replenishment coming only until mid-January.

Though the company often has stock-outs, it is trying to remedy the issue by ramping up its manufacturing firepower. Last month, the company announced it had bought a 45,000 square-foot facility just outside Toronto, where it is based, that CEO Dani Reiss told Fortune would raise capacity by 50%, supplementing the capability of its existing Winnipeg production facility.

Reiss, the grandson of the founder and CEO since 2001, downplayed the idea that Canada Goose had lost out on sales, saying the brand’s staying power meant Canada Goose could make up those sales.

Though Canada Goose has been around since 1957, for years it remained small, niche brand used by U.S. Antarctic researchers and film crews in cold locales. It broke out in Europe, then in Canada. In the United States, it exploded in the public consciousness when Kate Upton donned a Canada Goose coat on a Sports Illustrated swimsuit cover two years ago. (The company refers to its brand ambassadors as Goose People.)

Canada Goose is riding an surge in the popularity of premium winter coats, long seen as functional but not necessarily needing to be fashionable. Its biggest, and bigger, competitor, Italy’s Moncler, has posted fast growth too, rising 16% in the first nine months of 2014. While no one tracks the luxury end of the U.S. outerwear industry, NPD Group says total sales in the segment 6% to $13 billion last year, with the high-end rising at a faster clip.

That kind of growth has drawn in other competitors too, meaning Canada Goose is at a critical juncture. Its rivals range from a small brand like Montreal’s Mackage, whose coats are as pricy and sold at many of the same luxury stores, to VF Corp’s (VFC) The North Face, whose men’s Himalayan parka goes for $599.

So Canada Goose is now moving on to the next stage of its growth. It will launch a U.S. e-commerce site this year (it launched a Canadian site last year), and for the first time, foray outside of winter gear with a spring collection. The company is also looking into the possibility of a handful of flagship stores, though not firm plans are set.

Canada Goose, and its parkas with water-resistant shell and Canadian down, may be impossible to avoid in New York and a few other Northeastern cities (and surprisingly, Los Angeles, where 50-degree weather counts as Arctic conditions), but its products are far rarer on the streets of cities elsewhere in the country, including natural markets like Minneapolis, to name just one.

But the tricky part for Canada Goose to continue growing as is expected of a private-equity owned company (in December 2013, Bain Capital bought a majority stake for an estimated $250 million, though no IPO plans are on the horizon at this point), will be to avoid a backlash of the kind that can fell superhot brands, especially ones with such an easily identifiable logo. For Reiss, that means avoiding anything that could hurt Canada Goose’s hard-won reputation for quality.