Another snow storm on the way, PlowTracker and SnowOps Viewer ride to the rescue 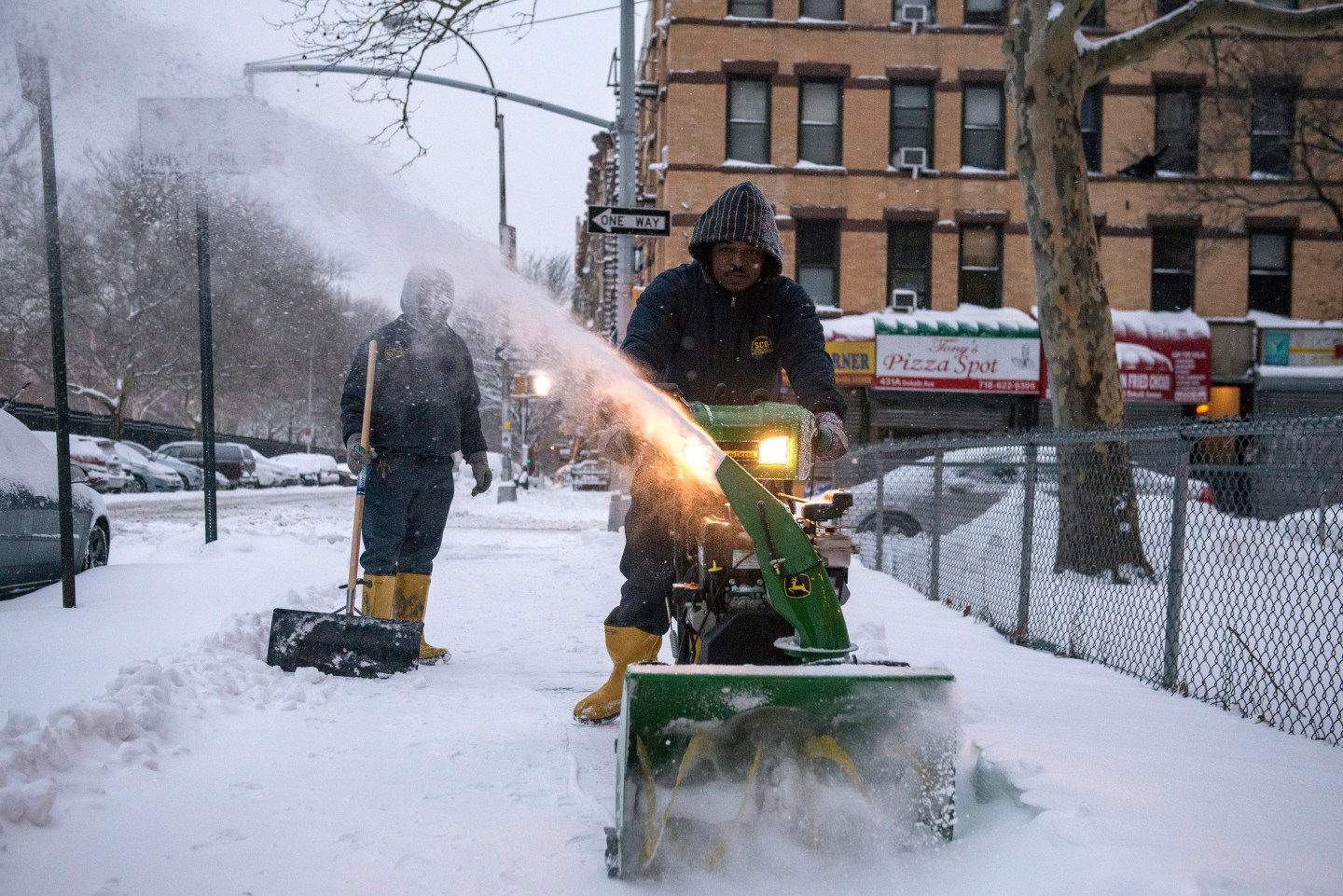 A man plows a sidewalk after a snow storm in the Brooklyn borough of New York January 27, 2015. A blizzard swept across the northeastern United States on Tuesday, dropping as much as 2 feet (60 cm) of snow across Massachusetts and Connecticut even as its impact on New York City fell short of dire predictions. The governors of New York and New Jersey lifted travel bans they had imposed a day earlier and New York City's subway system restarted after being closed for 10 hours, though officials urged people to stay off snow-covered roadways. REUTERS/Stephanie Keith (UNITED STATES - Tags: ENVIRONMENT) - RTR4N70E
Photograph by Stephanie Keith — Reuters

By any conceivable measure, it has been a particulary vicious winter across the U.S.

Buffalo kicked things off with a 70-inch plus storm last November. Syracuse has seen snow continuously since Jan. 29. And the Boston area has been repeatedly hammered – seeing over 95 inches of the white stuff so far this year – with more on the way.

Those totals create all sorts of logistical nightmares, which is spurring more and more cities to look to the Internet of Things to help keep frustrated citizens up-to-date on clean-up efforts.

In 2013, Boston Mayor Thomas M. Menino announced the city’s SnowOps Viewer, a portal that showed the location of all active city and city-contracted plows in real time, as well as where calls for service had been made. The system proved so popular that it crashed amid the first big storm, but in this year’s series of blizzards, it has proven more stable.

The IOT might be making it easier to track snow removal, but so far it’s not making it any cheaper for Boston. The city has spent about $36 million to clean up snow this winter – roughly double what it had originally budgeted.

In Chicago, city officials offer a similar service called PlowTracker, which follows not only plows, but salt spreaders in real time.

And over in Buffalo, snow removal vehicles are now equipped with GPS sensors to help the city keep up with the speed at which plow requests are fulfilled. When residents file requests to have their street plowed, the GPS-equipped trucks can signal when the job is done. That not only lets officials mark the request as completed, but residents receive a notification that the job has been done.

“Buffalo is a great city, but it’s a former Rust Belt city, so there’s not a lot of money. So sometimes you have to look at ways to help the workforce you do have or help the people you have calling in,” says Oswaldo Mestre, director of citizen services for the city of Buffalo. “Residents love it because they can see [results] firsthand. … And as a management tool, it’s great, since the front end supervisors and I know when the truck went by.”

And while it doesn’t significantly reduce the annual plowing budget, there are some potential savings.

“I think it moves us to the point where departments don’t have to invest so much in back-end office [staff],” says Mestre. “It’s better management of the resources that you already have.”

It’s still early in the IOT snow removal world. Plow tracking and automatic service notifications are handy, but there are think tanks already looking to take things a step further. A 2014 report from Arup, a multinational professional services firm, predicts highways in the future will be made from solar materials and have imbedded monitors to help keep driving conditions optimal – especially in hazardous winter conditions.

For example, heating elements in the roads could melt snow and ice as soon as freezing conditions are detected. Similarly, temperature-sensitive paint on the road could warn drivers of upcoming hazardous conditions.

Should self driving cars be the norm when these highways are built, the report theorizes, interaction between the highway and the vehicle could send up an alert to hazardous conditions and deploy retractable studs on the tires for a better traction.

“New technologies have the potential to make radical changes to the construction, management and efficiency of road infrastructure,” the report reads. “Consequently, the roads of the future may look and perform very differently to today.”