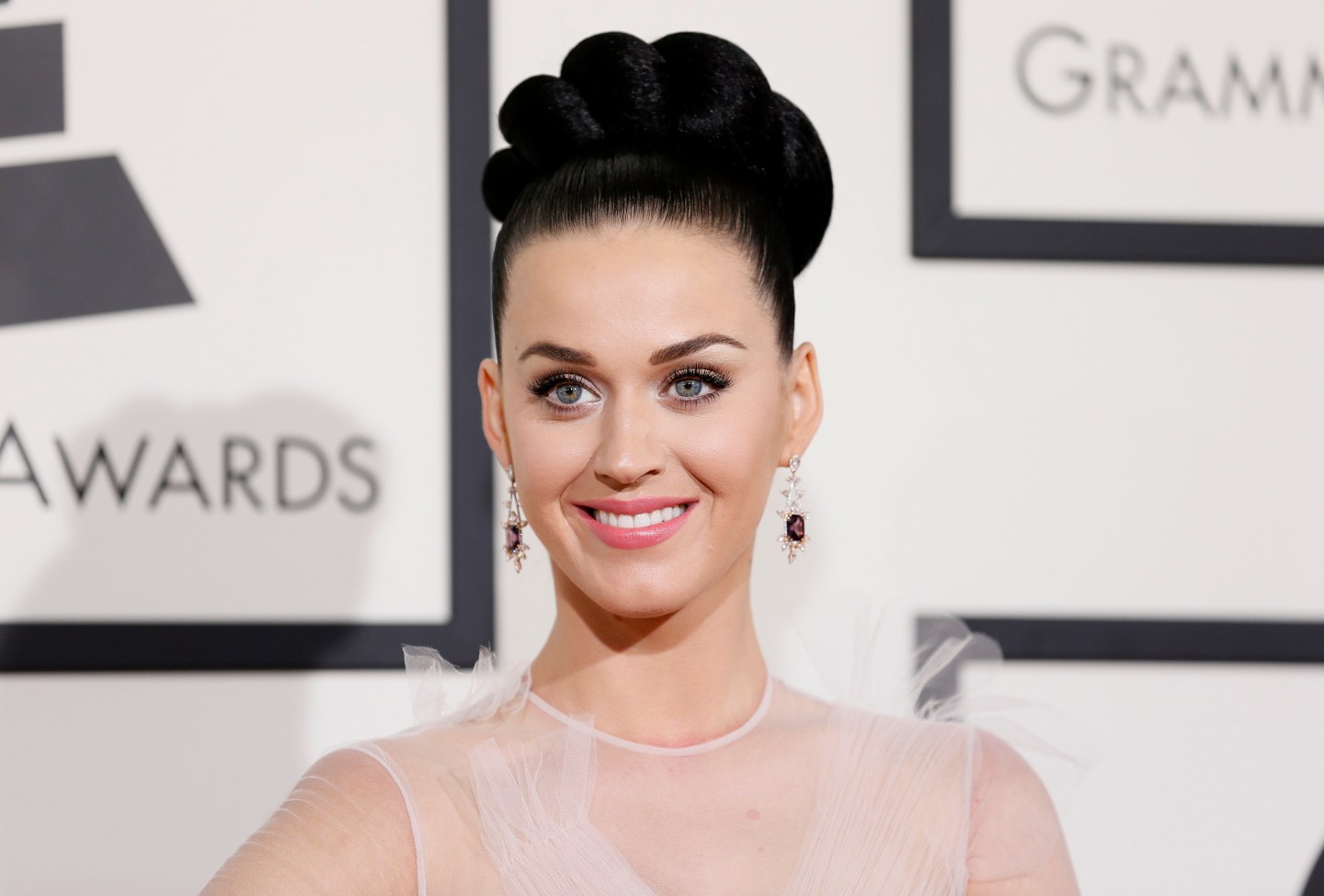 A-list actors like Ashton Kutcher and Leonardo DiCaprio aren’t the only stars cashing in on tech these days. Famous rockers, rappers and pop crooners are in on the exploding celeb startup trend, too.

Here are 6 celebrity musicians singing the praises of tech — and putting their money where their mouths are:

BELFAST, UNITED KINGDOM - MAY 07: Katy Perry performs on stage on the opening night of her Prismatic World Tour at Odyssey Arena on May 7, 2014 in Belfast, Northern Ireland. (Photo by Christie Goodwin/Getty Images)

Katy Perry just scored her own mobile game and she likes it. The fruity pop songstress apparently wasn’t too busy roaring between dancers dressed as giant fake sharks to ink a promising mobile gaming app deal with Glu Mobile, makers of Kim Kardashian’s smash-hit mobile game. The game will showcase, you guessed it, Perry’s likeness, personality and voice. Glu Mobile’s stock blew up like a firework on the news of the deal...because of course it did.

Related: Will.i.am Wants You to Buy This Eco-Friendly 3-D Printer

Lady Gaga at the Roseland Ballroom in New York.

Stefani Germanotta, who you know as the fabulous Lady Gaga, is betting big on Backplane, a niche social network startup geared toward celebrities. Backplane’s inaugural online community was born in 2011 out of LittleMonsters.com, a popular fan site for Gaga’s devotees, also know as, you got it, “little monsters.” With her $1 million initial stake in Backplane, Lady Gaga joined the likes Silicon Valley heavies Google Ventures, Menlo Ventures and Eric Schmidt in funding the startup. The 20-percent shareholder is also an active advisor. Lady Gaga has also thrown her weight behind (and into) a high-tech Voltanis flying dress. Yes, a dress that actually lifts off and flies via six propelled booms. (Hey, it’s a step up from draping herself in dead meat.)

Related: What Do Snoop Dogg, Marc Andreessen and Peter Thiel Have in Common? Reddit, Y'all.

Jared Leto poses for a portrait at the BLVD Hotel on Wednesday, April 16, 2014 in Studio City, Calif. (Photo by Jordan Strauss/Invision/AP)

Related: Jared Leto Is the Latest Celeb to Hop on the Entrepreneurial Bandwagon

Teen sensation-turned-bad-boy Justin Bieber cut his pearly white teeth on tech investing at the tender age of 18. In 2013, he led a $1.1 million seed investment into a selfie show-and-tell app called Shots of Me, which is, duh, targeted to teens. “The Biebs,” who has eaten some humble pie for his a recent rash of lawbreaking indiscretions, is wisely following in the footsteps of his “business brain” and manager Scooter Braun, whose considerable chops in tech investing include contributions to Spotify and Stamped. Bieber holds stakes in both companies as well.

Related: Justin Bieber Gets a Case of Startup Fever

This East Coast hip hop icon founded his first tech company, SMS Audio, in 2011. Short for “studio mastered sound,” SMS was formed as a rival to Beats by Dr. Dre. The company offers a wide variety of high-end headphones and headphone accessories, including a set of heart-monitoring earbuds that launched last year, after forging a pivotal partnership with Silicon Valley titan Intel. It’s all a long way from his entrepreneurial start selling crack on the streets of his native Queens, New York, neighborhood at age 12.

Related: 6 Rappers Who Are Also Franchisees