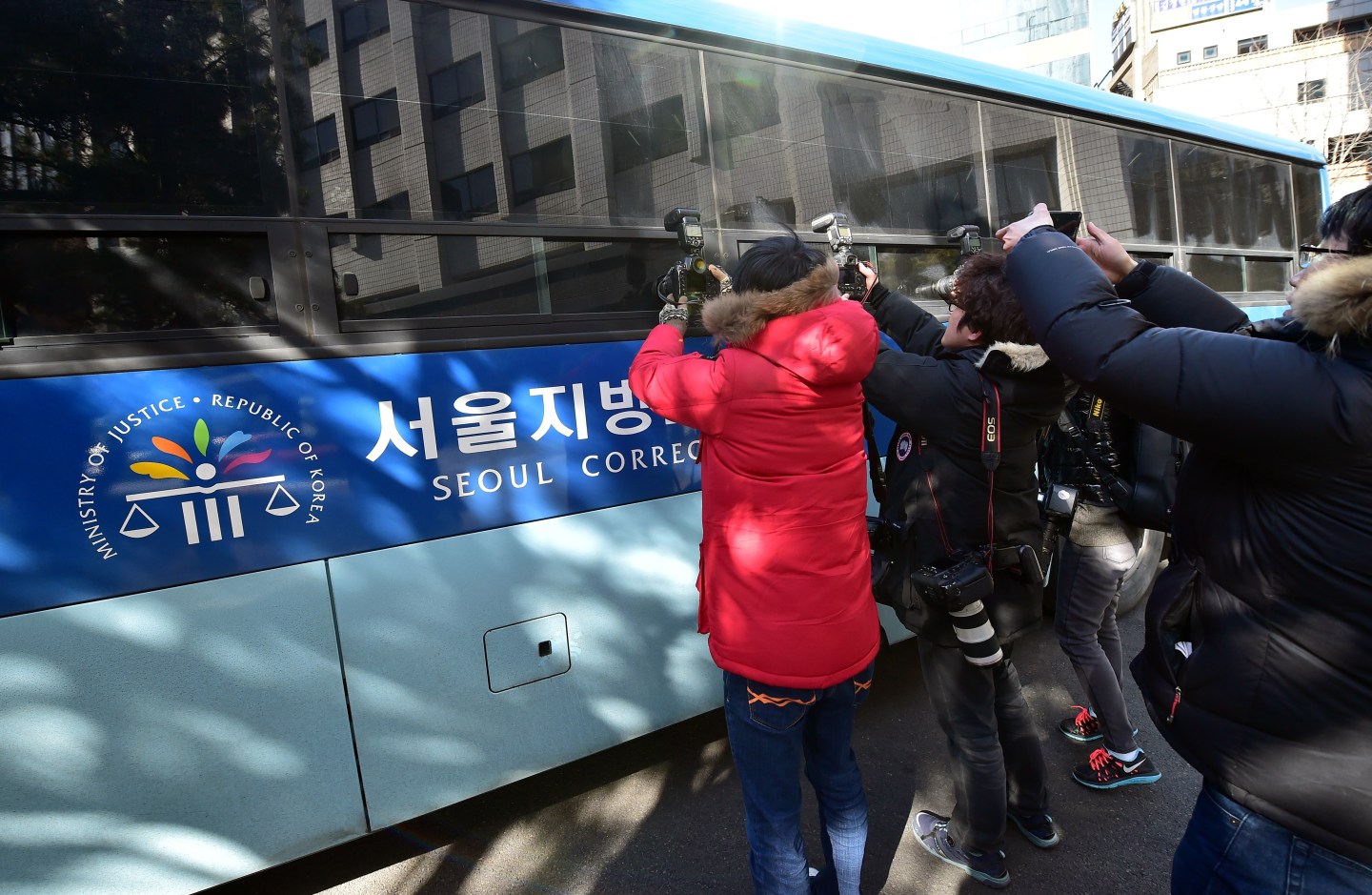 A Seoul court on Thursday sentenced a former Korean Air executive to a year in prison for aviation law violations that stemmed from her inflight tantrum over how she was served macadamia nuts.

The court said Cho Hyun-ah was guilty of forcing a flight to change its route and two other charges.

Cho, the daughter of Korean Air’s chairman, achieved worldwide notoriety after she ordered the chief flight attendant off a Dec. 5 flight, forcing it to return to the gate at John F. Kennedy Airport in New York.

She was angered she had been offered macadamia nuts in a bag instead of on a dish and had a heated confrontation with members of the cabin crew.

The court also found Cho guilty of obstructing the flight’s captain in the performance of his duties and forcing a crew member off a plane. It found her not guilty of interfering with a transport ministry investigation into the incident.

Cho, in custody since Dec. 30, wiped away tears as a letter expressing her remorse was read to the court by head judge Oh Seong-woo.

The letter included details about how Cho, one of the richest women in South Korea who regularly flew first class, was adjusting to the basic conditions of her prison and finding time to reflect on her life. “I know my faults and I’m very sorry,” Cho said in her letter.

Prosecutors had called for three years in prison.

Cho’s behavior, dubbed nut rage, caused an uproar in South Korea. The incident touched a nerve in a country where the economy is dominated by family-run conglomerates known as chaebol that often act above the law.