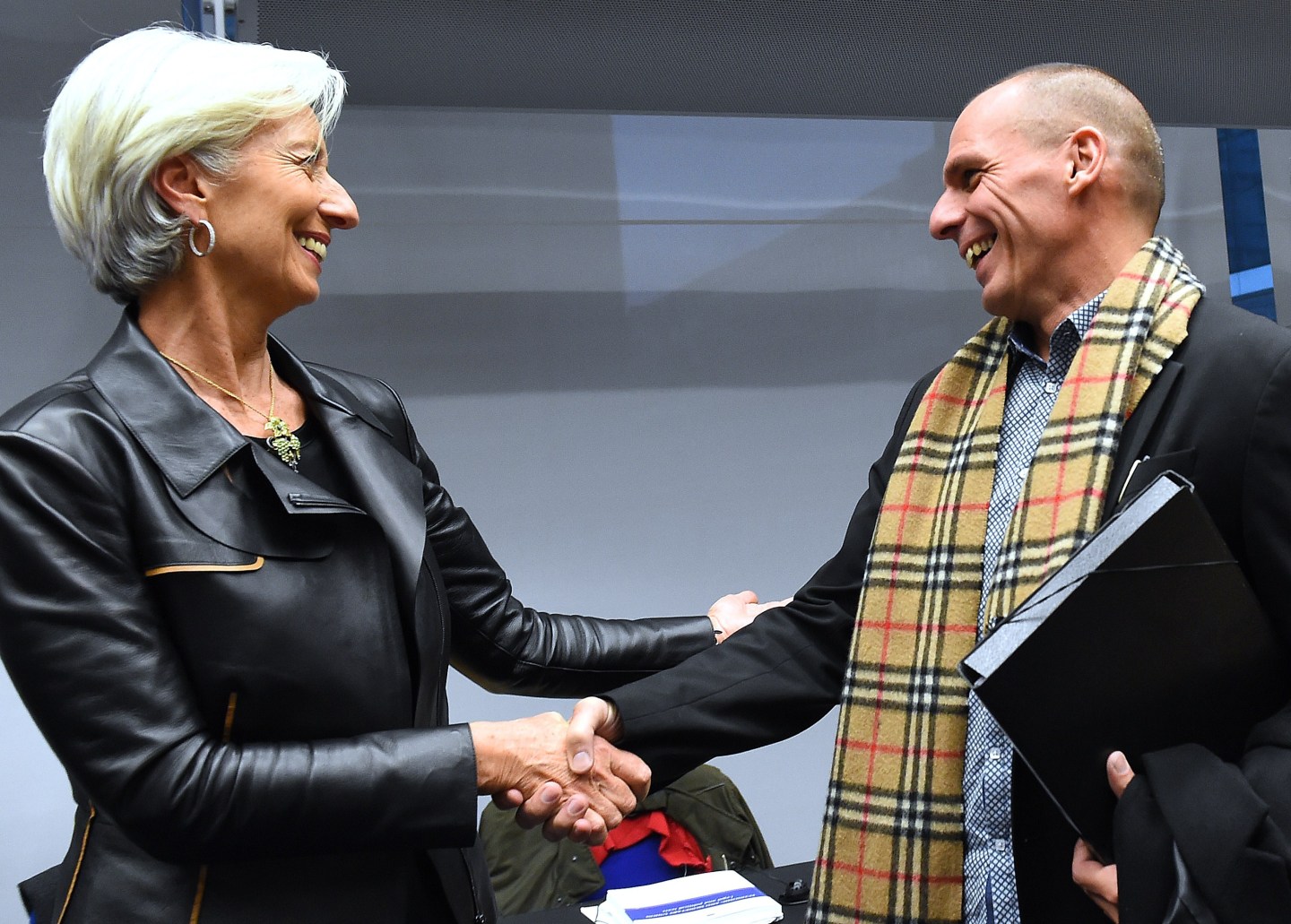 The fact that Wednesday’s meeting of Eurozone finance ministers broke up without any agreement on how to break the deadlock over Greece’s bailout is no surprise in itself.

The Eurozone has come to specialize in brinkmanship followed by last-minute compromises after all.

What’s more surprising is that the Greek stock market, and Greek bank stocks in particular, opened sharply higher Thursday morning. That’s the kind of move that suggests that there will soon be a deal to avoid a Greek exit from the Eurozone and the mass bankruptcy of its banking system that it would almost certainly cause.

Unfortunately, there’s nothing official to suggest where such a compromise may come from. The Eurogroup, a college of the 19 national finance ministers from the Eurozone, couldn’t even agree a statement to describe how it left matters after eight hours of talks Wednesday. A negotiating gap that can’t be covered by the E.U.’s limitless capacity for high-flown waffle is usually pretty serious.

(It’s worth noting that bond traders, who aren’t always on the same page as their brothers on the equities desks, took a much dimmer view of the night’s work and marked up the yields on Greece’s government debt to new three-year highs Thursday morning.)

A draft statement leaked to the Financial Times suggested that Greece’s finance minister had agreed to “explore the possibilities for extending and successfully concluding the present program,” something that would represent a big climbdown by Athens after repeated insistences that the bailout program has failed and must be scrapped.

Marc Ostwald, a strategist with ADM ISI in London, said the markets, with their “usual blue-sky thinking,” had taken the text as encouragement that a deal is nearer than was previously thought.

Reports from Brussels suggested that Varoufakis had withdrawn his support for the text after a phone call to his government colleagues in Athens–although Varoufakis himself denied ever agreeing to it, even taking to Twitter to upbraid the FT’s correspondent for doing his job.

@SpiegelPeter @ftbrussels Might I suggest that you refrain from dubious claims based on even more dubious leaks? It's rather unseemly

Wednesday’s impasse means that time is fast running out. Greece’s existing bailout program expires at the end of the month, when it will lose access to €7 billion in funds earmarked from the IMF and Eurozone. Its banks have already been reduced to using emergency loan facilities from the European Central Bank that can be cancelled every two weeks.

The Eurogroup will meet again on Monday in Brussels.